Lyft’s not waiting around for an attack to go down in one of its cars — it’s banning the maskless rider who coughed on and attacked an Uber driver.

Lyft hilariously dissed the woman who vowed she’d only use Lyft after Uber banned her. The app said it made a preemptive decision to ban the rider permanently … citing her disrespectful behavior. 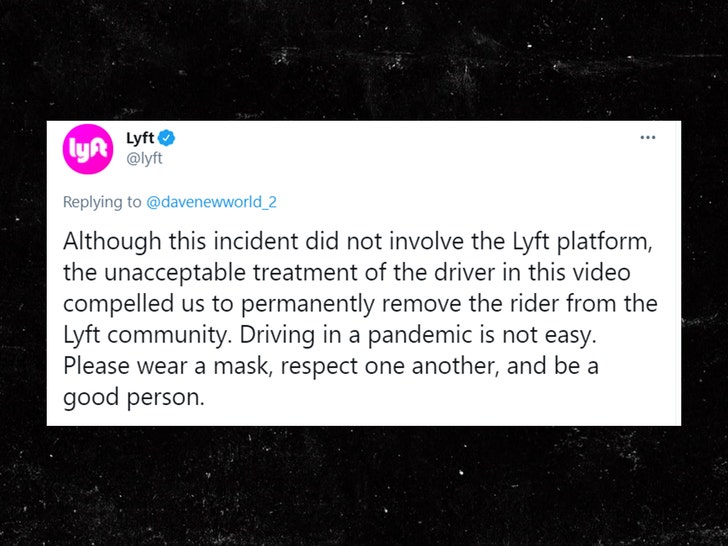 As we reported … the woman and the Bay Area Uber driver got into a dispute over a mask policy last weekend that quickly escalated when she coughed on the driver and ripped off his mask. Cops say the woman and her 2 friends also attacked the Uber driver with what they believe to be pepper spray.

Of course, Uber banned the rider … and shortly after the ban, she posted a video excusing her behavior. She did apologize for pretending to have COVID-19 during the incident — admitting “that was disrespectful as f***.” 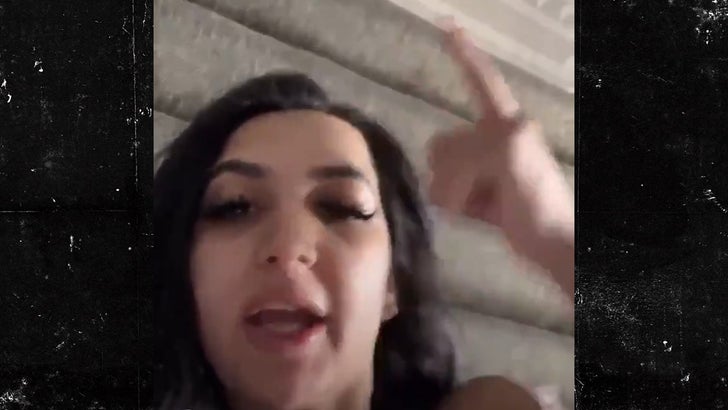 However, she added she’s going to sue Uber, cursed out the driver … and said, 3 times, this is why she takes Lyft.