The ‘Bloody Valentine’ rapper is getting up into the seats with audience members when one overzealous guy grabs the musician’s private parts, before a security guard forcibly pulls out the fan.

AceShowbiz –Machine Gun Kelly was violated by his fan during one of his latest concerts. The 32-year-old artist was performing at the Moda Center in Portland, OR on Thursday night, July 21 when one of the concertgoers got a little too handsy.

A video taken by a fellow concertgoer shows MGK performing while standing between the audience, getting up into the seats to get closer to them. One fan, who stood behind the star, started to wrap his hand around the “My Ex’s Best Friend” singer, seemingly trying to get a selfie with the star.

A security guard, who was following MGK, was seen trying to keep the fan in control, but the guy wouldn’t let go of the rapper, whose real name is Colson Baker. When MGK walked to another direction, the fan held even tighter into him and wrapped his arm around MGK’s waist, reaching to the frontal area.

The fan got a handful of MGK’s junk for seconds before the “Bad Things” hitmaker himself removed the man’s hand and the security guard forcibly pulled out the guy. Being a professional he is, MGK continued performing as if nothing happened.

MGK has not addressed the incident on his social media account. He, instead, took to Instagram on Sunday, July 24 to mark his daughter Casie Colson Baker turning 13. Giving a birthday shout-out to his daughter, he posted on his Story a picture of the teen and wrote over it, “You’re officially a teenager today. Happy 13th birthday my love,” adding a cake and a red heart emoji. 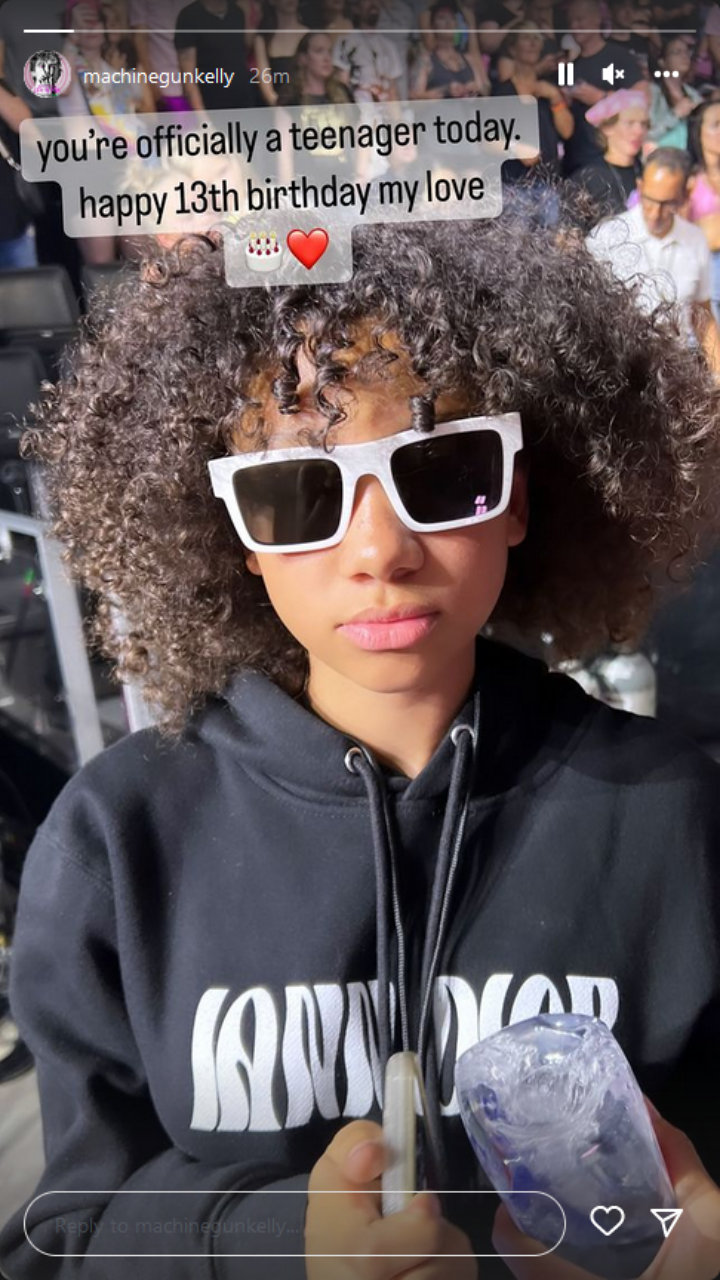 MGK himself previously made headlines with his wild antics during his concert at Madison Square Garden in late June. The fiance of Megan Fox was caught caught storming off the stage before yelling at a male employee. It was unclear what made him lose his cool. Fortunately, another crew member was able to hold him from attacking the employee. Seemingly still upset, he later smashed his guitar after returning to the stage.