Jennifer Lopez and Alex Rodriguez announced their break up yesterday, and if you’ve been casually wondering when/if Southern Charm’s Madison LeCroy would say something about the split…she’s arrived. But let’s rewind real fast. Back in March, reports surfaced that J.Lo and A-Rod had broken up right in the middle of a ton of false rumors that A-Rod was cheating with Madison. She denied this (saying they’d talked but it was “innocent”), and J.Lo and A-Rod released a statement to TMZ saying “All the reports are inaccurate. We are working through some things.”

Flash-forward to now, and Madison is out here giving a short and sweet statement to Page Six re J.Lo and A-Rod’s recent split. Ahem: “I wish them the best.” 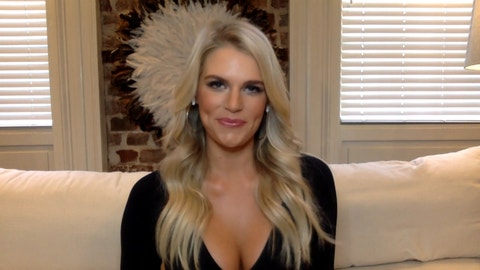 Madison had previously played down rumors about her and A-Rod to Page Six, saying “He’s never physically cheated on his fiancée with me,” that she “talked to him randomly,” and that they “never met up.”

In case you missed it, J.Lo and A-Rod announced their breakup yesterday, releasing the following drama-free statement to the Today show:

Prior to the statement, A-Rod posted a video of his J.Lo photo display (some might call it a shrine) as Coldplay played in the background: