Game Of Thrones actress Maisie Williams, 22, who plays Arya Stark in the HBO series, left viewers shocked when she slayed The Night King at the Battle of Winterfell. The actress discussed the scenes in a candid chat with Fearne Cotton, 37, on her podcast My Happy Place. Maisie told Fearne she cried when watching the scenes back, telling her: “It’s terrifying that you’re going to lose these characters.” She added: “I watched it and I knew what was happening and I cried.”

Arya gonna need a happy place after that f*****g dramaaaaaaaa

Following the pair’s chat, Maisie took to Twitter to say her character needed a “happy place” after the scenes.

In view of her 2.69 million followers, she commented: “Arya gonna need a happy place after that f*****g dramaaaaaaaa.

“Seriously tho this was great fun! Thank you Fearne.”(sic)

Many of her fans took the opportunity to guess what Arya’s move next move could be as the ending still remains unknown.

A second commented: “This episode was so intense. Though for a second, I totally thought you got killed, and started sobbing. 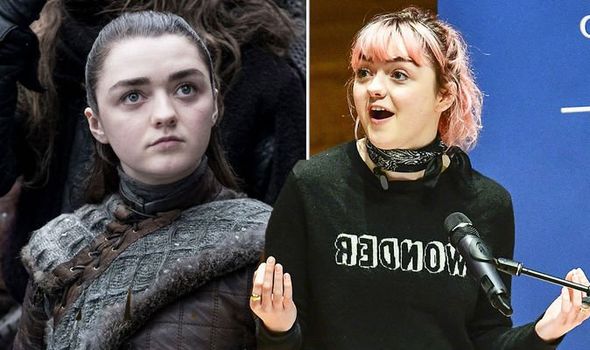 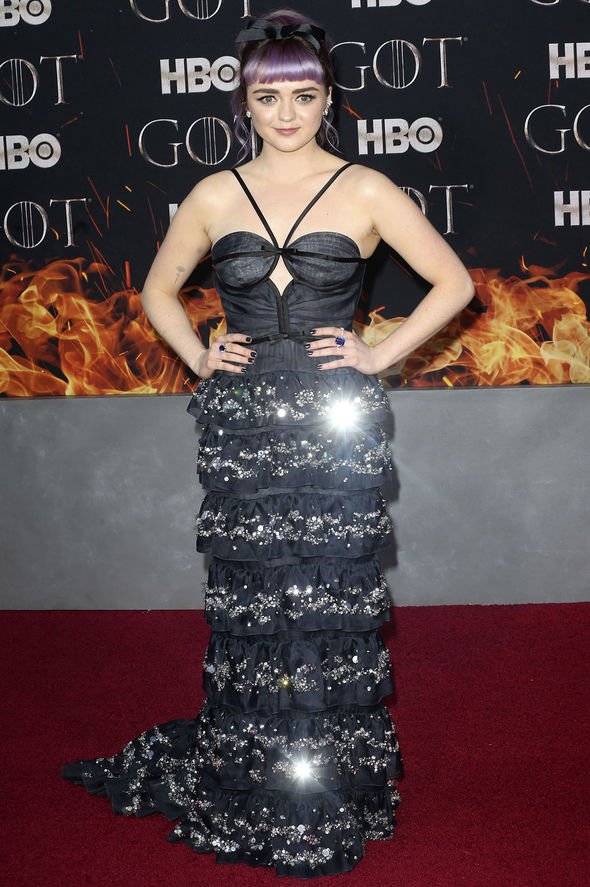 “Then cheered when I saw you were still alive. KILL DANERYS!”(sic)

During Maisie’s chat with Fearne, the latter quizzed Maisie about how she coped with fame after finding her big break aged just 12.

The actress revealed: “I think trying to navigate being a teenager was very difficult.”

“Just trying to find out who you are, became a lot more difficult,” she added. “It was strange but here I am.”

On how she deals with negative comments on social media, Maisie went on to say to her mother previously had control of her accounts.

“My mum would always have the log ins to my social media accounts,” she admitted. 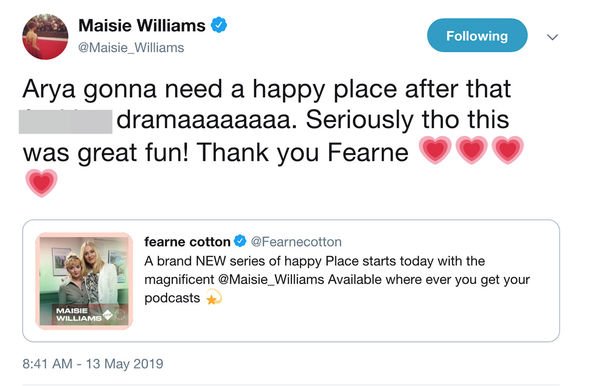 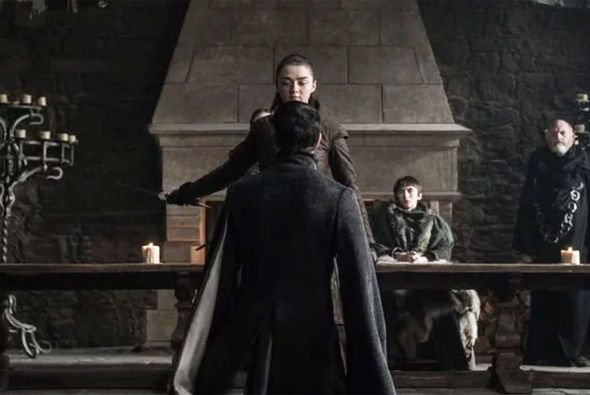 “If it was a bit negative she will be like ‘Maybe don’t look for a little while as it might upset you.’”

Maisie went on to say negative comments still affected her, admitting it is “impossible to turn a blind eye” to trolls.

She divulged: “It gets to a point where you’re almost craving something negative so you can sit in a hole of sadness.

“It’s really bizarre the way that it starts to consume you.”

Maisie added comments had left her with self-doubt, adding: “It’s something I’m really trying to break free from at the moment.”