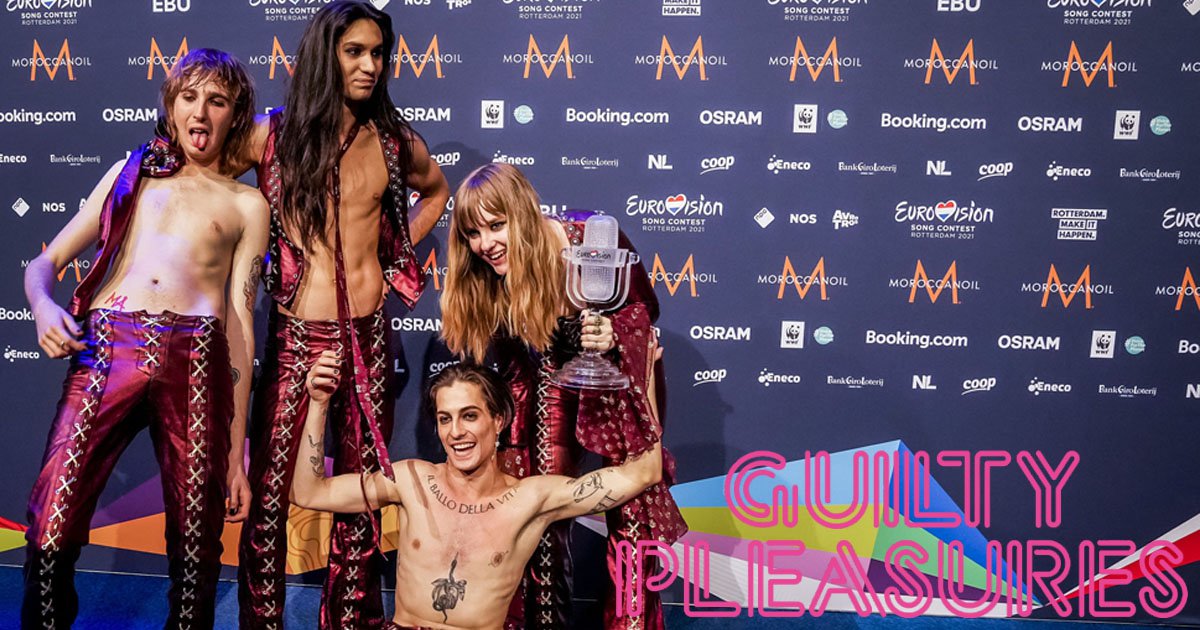 Eurovision champs Måneskin revealed a collaboration with Miley Cyrus could be on the cards — after the Prisoner singer sent her fellow pop rebels her congratulations.

The Italian rockers are flying high after winning last month’s music contest in Rotterdam — telling GP they are already dreaming of a world tour.

Bassist Victoria De Angelis said: ‘Some of the artists we look up to the most texted us saying, “Good job guys, we love you”. We’ve had messages from Franz Ferdinand and Miley. Yes, Miley Cyrus! We’ll have to try to convince her (to work with us). We can send her hundreds of texts on Instagram.’

With their winning single Zitti E Buoni hitting No.1 in 30 countries, the group are still getting to grips with the highs and lows of international fame. But, having batted away cocaine-sniffing speculations by taking a drug test, frontman Damiano David revealed all he needs for a good time is water.

‘The whole world around us has changed obviously, with the attention, and now we have the chance to work with the best professionals in the world,’ the singer said.

‘But backstage, we are not so serious, where we have to make [demands]. I ask for a water bottle — with a straw!’

And Victoria revealed their lives are now ‘insane’, saying: ‘We are arranging huge festivals and gigs all around Europe.

‘Basically, we don’t have a private life anymore. We spend our whole life together, playing music.’

Damiano added: ‘When we chill together, we go for a drink — maybe two, maybe three. Yeah, we’re quite rock and roll, but our music is the most rock and roll about us.’

Liam Payne and fiancée Maya Henry have split up — as the One Direction star confessed he is not ‘very good at relationships’.

The singer, 27, called the model, 21, his ‘partner at the time of lockdown’ — but admitted he is now single, just ten months after getting engaged.

‘More than anything at this point, I’m more disappointed in myself that I keep on hurting people,’ Liam said. ‘I’ve just not been very good at relationships.

‘I just need to work on myself before I put myself on to somebody else. That’s where I got to in my last relationship. I just wasn’t giving a very good version of me anymore, that I didn’t appreciate and I didn’t like being. I can honestly say I feel better out of it.’

He added: ‘I didn’t feel good doing what I did but it had to happen. Just a corny way to say it was the best for us both.’

The singer also told Steven Bartlett’s podcast The Diary Of A CEO he goes ‘in and out of relationships too quickly’ — adding: ‘I struggle to be on my own sometimes.’ But he previously revealed he is closer to ex-partner Cheryl and their son Bear, four, than ‘ever before’. He said: ‘Cheryl is literally the best person to co-parent with.’

Wherefore pout thou Romeo? David and Victoria Beckham’s son has become a supermodel at 18 — and he’s picked up his mum’s moody pose.

The teen, who modelled for Burberry while at school, has landed a campaign with French fashion giant Saint Laurent.

It’s not hard to see where Romeo learned his moves, as he deploys his mother Victoria’s pout for the slick black and white campaign. But he looks a dead ringer for his dad with his thick bleached-blond hair.

Former footballer David, 46, was absolutely chuffed after his lad was hired for the luxury brand’s autumn/winter campaign — saying: ‘So proud of you big boy.’

Her son has proved there is nothing he can’t do — as he recently showed he can bend it like Beckham by filming himself curling a football into a goal.

Noel Gallagher would ‘knife’ his siblings Liam and Paul if they tried co-writing, he said.

Despite making seven Oasis albums with Liam, Noel, 54, told Worldwide FM he was a ‘lone wolf’ writer — adding: ‘I’d kill my f***ing two brothers if I had to write a song with them.’

Maya Jama was forced to miss the TV Baftas after vomiting ‘all day’ on Sunday. The 26-year-old star told her Instagram followers she ‘was supposed to wear the dress of dreams’ to present an award at the London ceremony — but she had to miss out when she became ill after ‘I ate that posh raw tuna s***’.

Dua Lipa and J Hus are among singers nominated for music prizes at the South Bank Sky Arts Awards. Michaela Coel’s I May Destroy You and Sir Steve McQueen’s Small Axe will compete in the TV drama category as Melvyn Bragg hosts the 25th anniversary event on July 18.