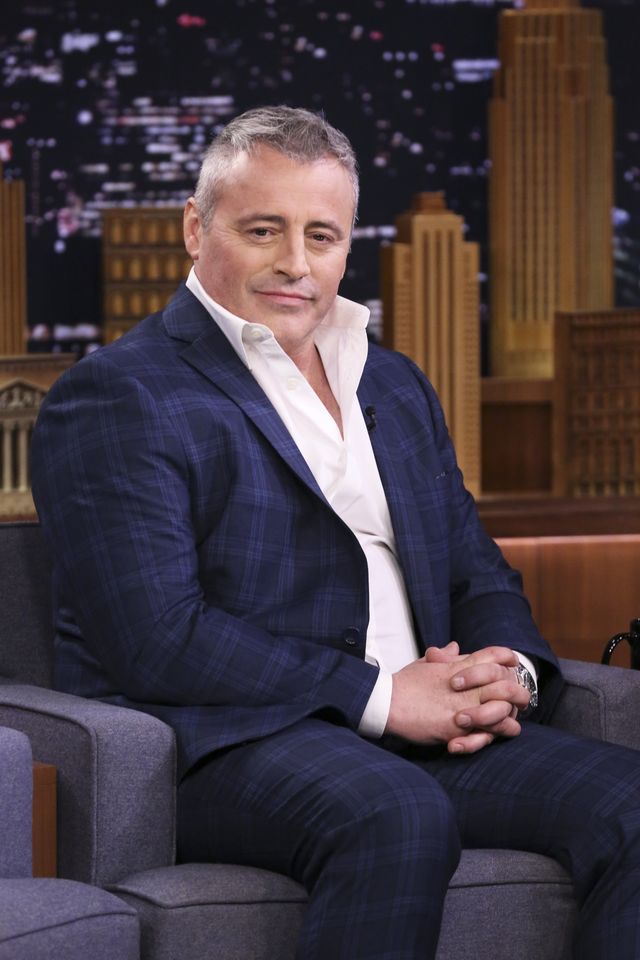 Matt LeBlanc has been claimed by everyone on Twitter. Following the premiere of Friends: The Reunion last Thursday on HBO Max, viewers and longtime Friends fans took to Twitter to meme one of Matt’s poses from the show.

The meme features a photo of Matt with his arms crossed, giving off a particular “dad” stare. The image apparently shares an aura with that of an Irish uncle “with a heart of gold,” according to one Irish Twitter user. “He’s behind the times, rough round the edges, loves life, his family, his cattle and you, hugs like a bear, drinks like a fish, talks the hind legs off a donkey and punched that guy in the gob who slagged off your gay partner,” they continued.

Adding onto the beloved persona, another Twitter user shared, “Matt le blanc looks like a fella you’d end up having a deep conversation with in the residents bar after a wedding. ten pints deep and he’s giving you the best advice you’ll ever get. you’ll never meet him again but his sage wisdom sticks with you forever. a gentleman.”

Another user tweeted, “Some people age like life is all about not aging, but Matt Le Blanc has aged like he enjoys himself immensely and I have to say I think he wins.” The actor himself also lightheartedly joked about how his appearance has changed over the years during the Friends reunion. In a conversation about how everyone appeared “smaller,” LeBlanc quipped, “Speak for yourself.”

Here, we’ve rounded up the best content users whipped up regarding Matt’s official dad and uncle status on Twitter.

Matt LeBlanc looks like the Dad on Christmas that is happy to see you open your gifts even though he doesn’t know what any of them are cos your Mum got them all pic.twitter.com/h0lM3CEqPi

Matt LeBlanc definitely refers to his wife as “The Boss”.

“A BBQ on Sunday? Just let me ask the Boss.” pic.twitter.com/usjjtYy8JU

Matt LeBlanc sat there like your dad watching your first boyfriend that he dislikes trying & failing to fix the home PC pic.twitter.com/EK68Ym58Y2

Matt LeBlanc is 5 seconds away from slapping his knees and going “well we ought to make a move who’s ready to rock and roll” pic.twitter.com/WmAgtjjugX

matt leblanc is your uncle when your parents forced your 6 year old self to stand up in front of the adults after a family dinner and sing a song you just learned in primary school pic.twitter.com/xjlwKDdArv

Matt LeBlanc at the reunion is your dad sitting in your gran’s house annoyed because he’s running late for golf pic.twitter.com/9HUb1HnqJS

Me every time I open the app and see a new Matt LeBlanc tweet pic.twitter.com/8bIxitvMPz

last night I dreamed I got pregnant and had the baby and did the paternity test to reveal that the father was matt le blanc. I don’t have the time to unpack it but I think a collective of Irish Twitter users need to pay for my therapy

Matt LeBlanc looks like your uncle who will still be sharing the Matt LeBlanc meme on Facebook 6 months from now. pic.twitter.com/amZuj8DVkO