Saturday Kitchen host Matt Tebbutt, 45, was joined by Strictly Come Dancing professional Anton Du Beke, 53, on his BBC cooking show last weekend. During the episode, the latter commented on Matt’s dance moves before insisting he should sign up to the show on one condition.

Live on air, the chef jokingly performed some dance moves, which left his guests stunned.

Later on in the show, he interrupted chef Adam Byatt’s cooking segment to tell viewers dancer Oti Mabuse had commented on his moves.

Matt said aloud: “Breaking news Adam, apparently we had Oti Mbause on a couple of weeks ago, she just got in touch on social media and she’s massively surprised by my dancing.”

The host then asked producers if Oti was surprised by his dancing in a good way or a bad way, to which they jokingly told him to take her comment as he wished. 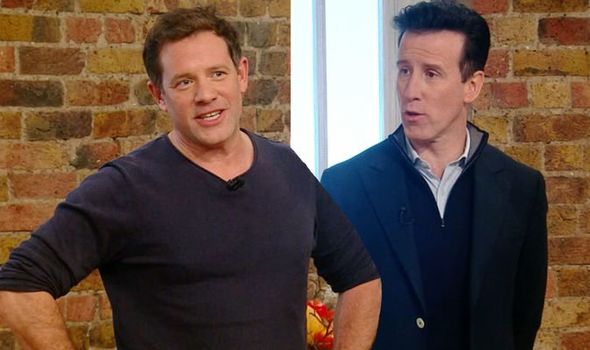 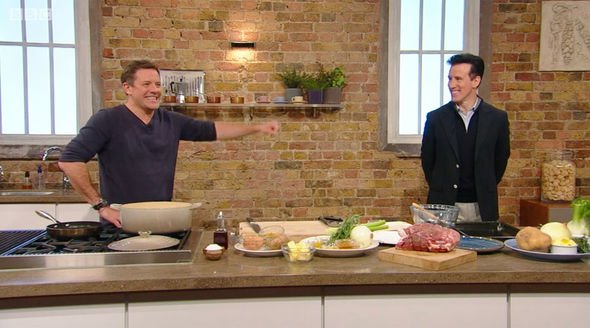 Elaborating on his co-star’s response, Anton chimed in: “I think we were all slightly surprised, you told us you were dancing but we thought you were having a funny moment.”

Wine expert Helen McGinn then went on to tell the chef his wife Lisa had also called into the show to comment on his moves and potentially joining the BBC dance show.

She said: “Your wife called in to say she’s actually very relieved to see how bad you are at dancing because she doesn’t want you doing Strictly.” 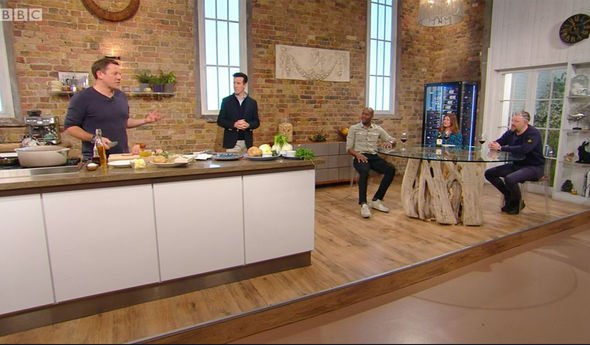 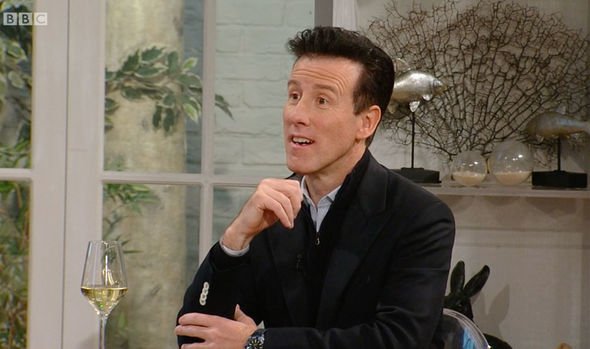 Anton chimed in: “I think you should do Strictly, I’ll dance with you.”

Laughing, he added: “All you have to do I think is just establish which one of those two feet of yours is the left one and then call the other one the right one.

“I can see your problem,” he added.

Matt ruled out competing on the show when he was joined by 2018 winner Stacey Dooley last year.

DON’T MISS…
Ruth Langsford in Eamonn Holmes reveal ‘Another woman on his mind’ [ADMISSION]
Cole Sprouse net worth: How much is Jughead Jones star worth? [NET WORTH]
Louise Minchin reveals new move away from BBC Breakfast [REVELATION]

As she encouraged him to sign up to the show, he joked that his his wife “wouldn’t be sold”.

“My wife wouldn’t be sold and, I can’t dance,” he divulged.

The professional dancer went on to discuss his time on Strictly Come Dancing, which he joined in 2004.

Discussing the series ahead, he said told viewers he is excited, but admitted uncertainty due to the coronavirus.

He went on to say: “This year’s Strictly, all being well and if it all goes ahead, it’s going to be so exciting moving into it.”

The celebrities who will be competing on this year’s show are currently unknown.

Anton will join the likes of Gorka Marquez, Neil Jones and Giovanni Pernice should the show go ahead.

Strictly Come Dancing continues later this year. Saturday Kitchen continues tomorrow at 10am on BBC One.