After Megan Fox dished all about her relationship with Machine Gun Kelly on ‘Jimmy Kimmel,’ the two stepped out for a date night in Beverly Hills, where they were photographed holding hands

Megan Fox and Machine Gun Kelly were photographed on their latest date night at Avra in Beverly Hills on July 12. The dinner came following Megan’s appearance on Jimmy Kimmel Live, and she was still in the same, sexy grey dress, which hugged her figure and cut low at her neckline. The actress held hands with her rapper beau, who was wearing black pants and a baggy t-shirt with a white, long-sleeved shirt underneath. 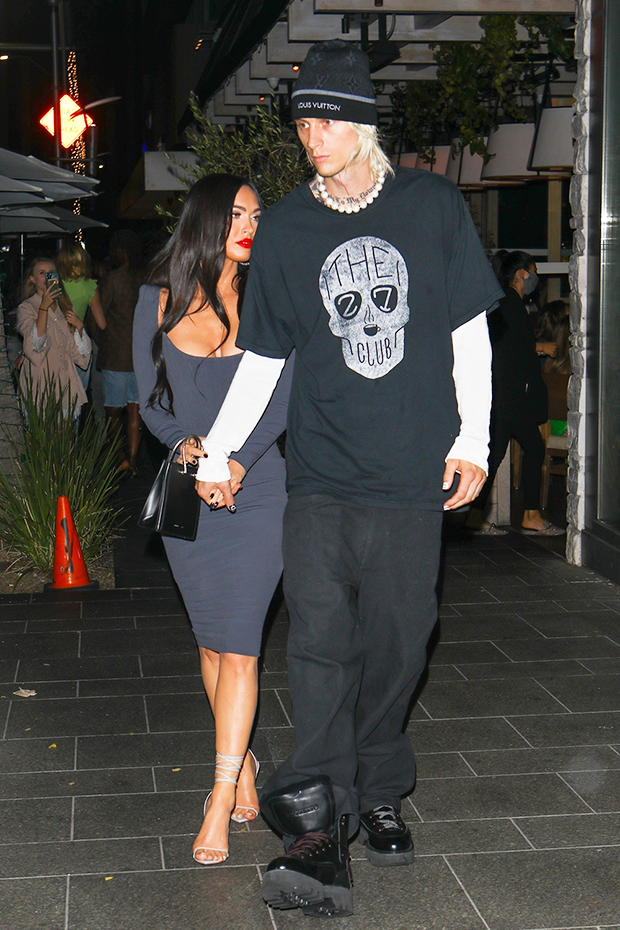 For this occasion, the two were in very different ensembles, but quite often, we see them out and about in matching or coordinating outfits. Megan opened up about her decision to match with her man during the Jimmy Kimmel interview, which was led by guest host Arsenio Hall. “That’s something I started [doing] with him because he’s such a flamboyant dresser,” Megan admitted. “I can’t really pull off the sweatpants and yoga gear anymore. I have to elevate myself to his level. He’s always covered in zippers, sequins, or everything’s pink and glowing. So I have to kind of match what he’s doing, so we do coordinate often.”

Megan also dished about a trip that she and MGK took to Costa Rica, where they drank ayahuasca (a tea that induces hallucinations and is used in ceremonial rituals) and had quite an experience. “You get there and you really are in the middle of the jungle,” Megan explained. “And you don’t get to eat after, like, 1:00 p.m. You have to walk a very far distance to get your water, and you can’t shower because they are in a drought. There’s nothing glamorous about it, and it’s all part of making you vulnerable, so you sort of surrender to the experience.” 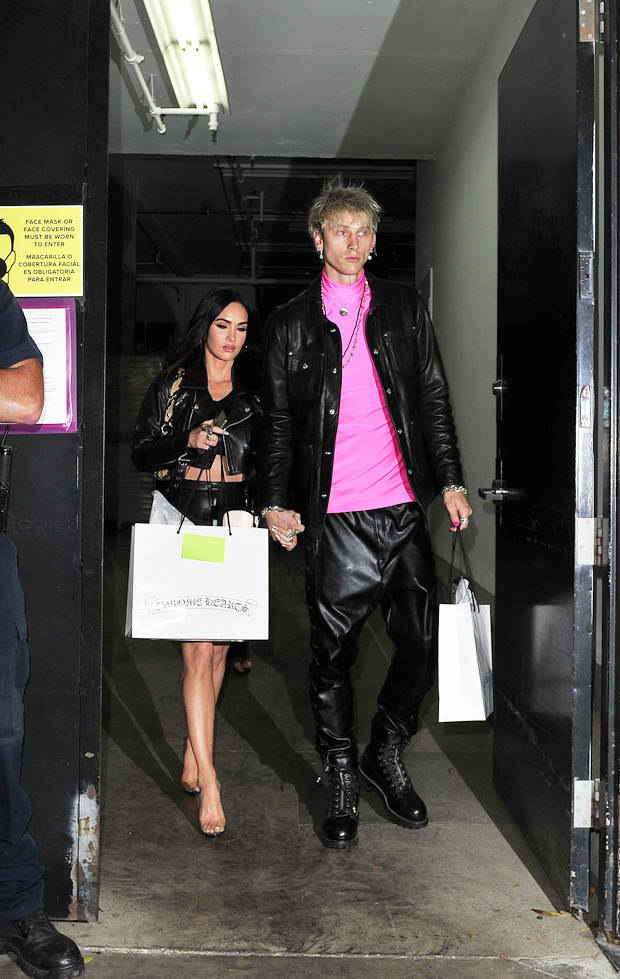 The ceremony required Megan, MGK and 20 other guests (who were strangers) to vomit a “certain amount” out of their bodies before continuing with the experience. Although she was hesitant at first, Megan admitted that it was “such a good bonding experience.” When she actually did drink the ayahuasca, Megan had an “incredibly intense” reaction. “On the second night, I went to Hell for eternity,” she revealed. “Just knowing its eternity is torture in itself, because there’s no beginning, middle or end. So you have a real ego death.”

Megan and MGK met at the beginning of 2020 while filming their movie Midnight in the Switchgrass, after she separated from her husband, Brian Austin Green, who she shares three kids with. Megan recently opened up about how intense her connection with the rapper was when they first met. “The first time I looked into his eyes, I was like, ‘I know you. I have known you so many different times, in so many different forms, in so many different lives,” she recalled. “[I did not expect it] to be a ‘God, you are my soul mate instantly,’ moment.” Since then, they’ve been extremely hot and heavy, with no qualms about showing off their love for one another in public.