Michelle Obama made a virtual stop by Ellen DeGeneres’ show, where she revealed the one item of husband Barack’s that she desperately wants to get rid of.

Former First Lady Michelle Obama has revealed that she really hates it when husband, former President Barack Obama goes golfing. As in, she wishes she could get rid of his set of golf clubs forever. The revelation about her husband’s favorite activity being so “annoying” to her came during a virtual stop by Ellen DeGeneres‘ daytime talk show on Mar. 16, where they played a game to raise money for her Pass the Love campaign with Partnership for a Healthier America to feed families in need.

Ellen had Michelle play a game “Drawer Dash,” as the premise of the game was that Ellen would call out for a random item and if Michelle could retrieve it from inside the couple’s home in 10 seconds or less, she would earn money for the charity. Ellen asked the 57-year-old to “Bring me something of President Obama’s that you wish you could throw away.” Michelle rolled her eyes as if the list was pretty long before lighting up and saying “Oh I know!”

Michelle dashed off and returned with Barack’s beloved set of gold clubs. When Ellen asked what was wrong with the clubs, an exasperated Michelle told her “They’re annoying.” She then lamented about the sport, “It takes too long. Why is there a sport where there are 18 holes? They just made that up,” adding of whoever invented golf, “That’s just somebody that’s trying to avoid their wife and they keep adding holes…and now its 18.” 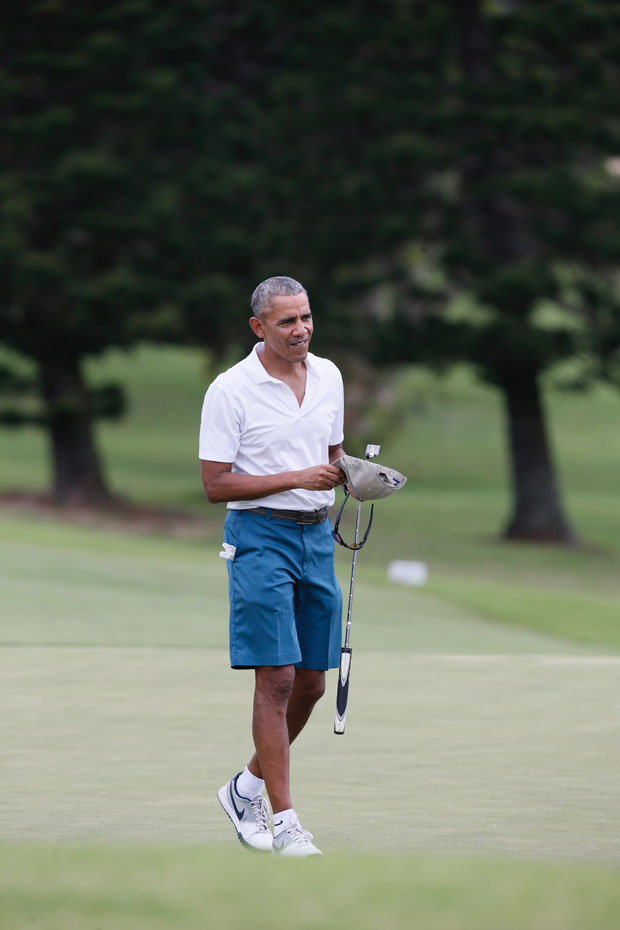 “So I’m getting rid of these,” Michelle declared, putting the clubs down Ellen told her that Barack will just go buy new ones if Michelle got rid of them. Ellen noted that “He’s good at golf, let him play golf,” and Michelle joked back, “He can…once he finds his golf clubs,” hinting that she would be hiding them.

Michelle also revealed a hidden talent during the game. When Ellen asked her to “Bring me something you’ve made in quarantine.” Michelle was thrilled, running off and returning with a white knit hat with a faux fur ball on top and other knit items. “I am so glad you asked. I am so into knitting! I made this hat,” Michelle gushed, putting the cap on her head. “I made this scarf for Sasha,” she explained, showing off the gorgeous blue knit item. 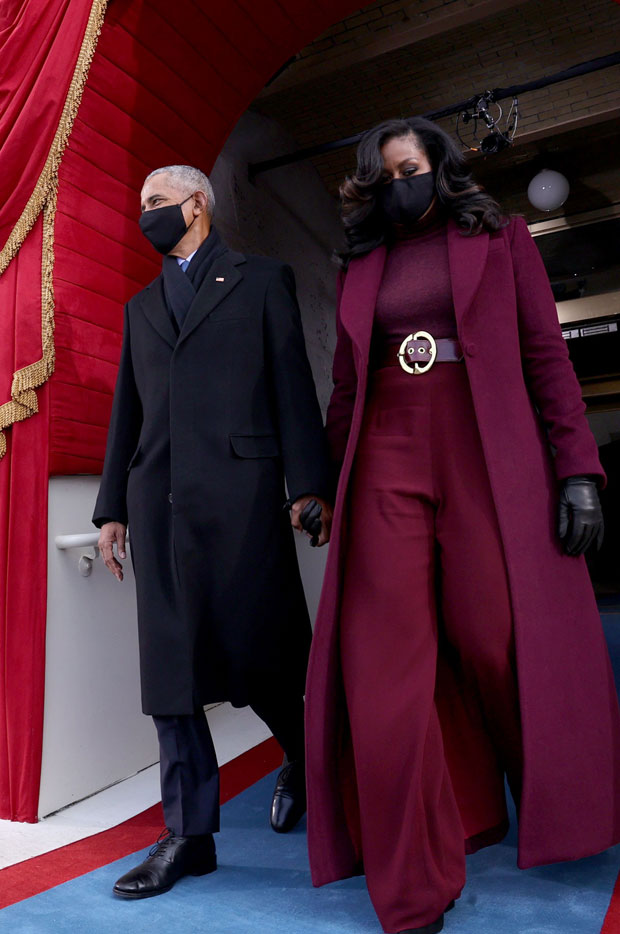 Ellen then asked Michelle to bring “something that’s a guilty pleasure of yours.” The Becoming author didn’t even have to leave her chair, reaching over and picking up a clear cocktail and noting “Just happen to have this,” taking a sip and making a face noting, “That’s strong!” By the end of the game, Michelle had raised $50,000 for her Partnership for a Healthier America campaign. And hopefully Barack was later able to find his golf clubs.