We just got a little glimpse at the upcoming third and final movies in both The Kissing Booth and To All The Boys franchises!

Netflix officially confirmed that the upcoming third films will be the end of each series.

We first got a sneak peek at The Kissing Booth 3 right when they announced that the third movie was coming, and now, in a new film preview for Netflix, we got another look.

In the video, Joey King and Joel Courtney share a hug, then Jacob Elordi carries Joey at what appears to be a water park. It then transitions right into the To All The Boys: Always and Forever sneak peek, which sees Noah Centineo dropping to his knee next to Lana Condor at a restaurant.

Check out the Netflix film preview below, which features a select portion of all of the new movies coming out this year. You can head to the :43 second mark to skip to TKB 3 and TATBILB 3!

Click inside to read the synopsis for each film… 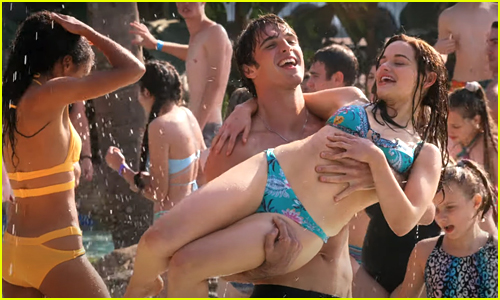 It’s the summer before Elle (King) heads to college, and she has a secret: She got into both Harvard, where her dreamy boyfriend Noah (Elordi) goes, and Berkeley, where her BFF Lee (Courtney) is going. Which path will Elle choose? 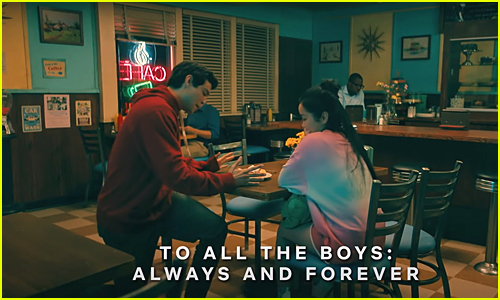 To All The Boys: Always & Forever

As Lara Jean Covey (Condor) prepares for the end of high school and the start of adulthood, a pair of life-changing trips lead her to reimagine what life with her family, friends, and Peter (Centineo) will look like after graduation.