Nicki Minaj Gets Interrupted By Son, 11 Months, While Attempting IG Live For Her Fans Watch

Nicki Minaj‘s latest Instagram Live didn’t go as planned thanks to her son, who’s nicknamed “Papa Bear.” The 38-year-old “Super Bass” singer was speaking to her 156 million Instagram followers on Tuesday, Sept. 7 when her son — who turns 1 at the end of the month — could be heard off-camera banging against something in the house, much to Nicki’s dismay. “Papa, what’s the problem?” Nicki asked her son, who only continued to act up louder and louder.

The Grammy winner again called her son’s name to stop, but “Papa Bear” did not listen. So, that’s when Nicki enlisted the help of her husband Kenneth Petty, 43. “Go and get him,” she told Kenneth, who went to stop their child’s antics off-camera. “Papa, come on, come on,” Kenneth could be heard saying, before adding, “You hear your mother calling you.” As Nicki continued to speak to her followers, “Papa Bear” finally let up with the banging — but made a few more light noises that were captured in the video.

Nicki’s fans couldn’t get enough of “Papa Bear” making a fuss amidst Nicki’s IG Live. “Papa Bear ignored both his parents I’m crying,” one fan said on Twitter, while another wrote, “Their whole damn thing is so stinking cute…whew! Blessed.” More fans also pointed out how Nicki and Kenneth’s baby boy is apparently the true star in the family. “Papa Bear clearly runs that household,” one follower tweeted. 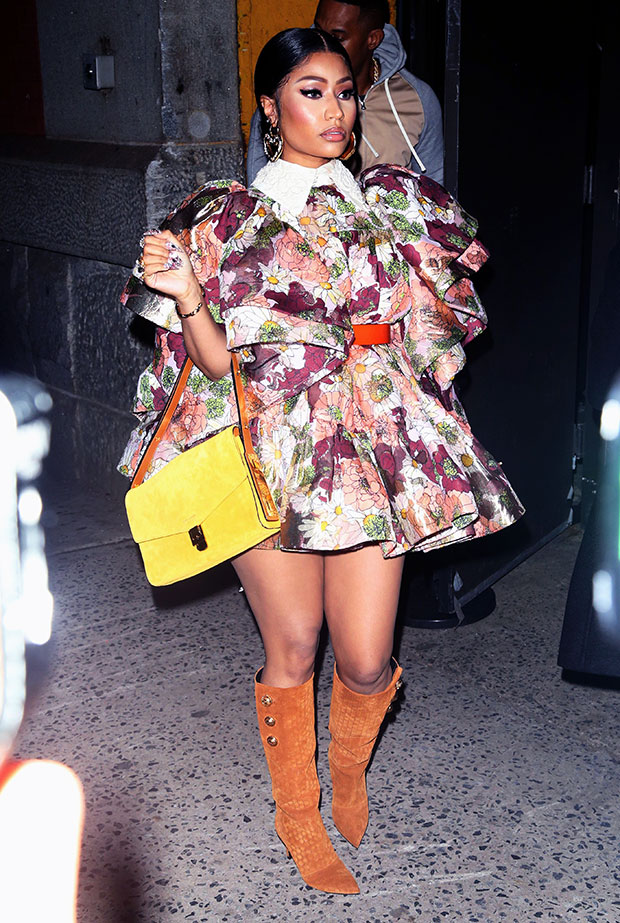 While “Papa Bear” wasn’t heard uttering any words during Nicki’s IG Live, the 11-month-old has indeed spoken already! In fact, Nicki actually documented the precious moment when her son said his very first word just last week. The singer and her husband were sitting on the ground instructing their son to speak when, much to their shock, “Papa Bear” suddenly said “Hi.” Nicki immediately gasped at the moment, and while she attempted to get her baby boy to say more words like “I know I’m a cute boy”, she had no luck beyond the simple “Hi.”

Nicki and Kenneth have been married since 2019. The couple seem so in love and appear to be having the best time raising their baby boy — and we’re enjoying all the snippets that we get into the family of three!