Olivia Jade, 21, celebrated the new year by happily dancing and looking stylish! The daughter of Lori Loughlin, 56, shared an Instagram post on Jan. 1 that featured a video and a series of photos of her enjoying the holiday with others and it was a delight to see. In the post, she is showing off her fit figure in a black off-the-shoulder mini dress that she paired with black chunky heeled shoes while holding a wine glass and busting some moves.

Two unidentified people could also be seen standing behind her while smiling and dancing as she flashed her own smile. She let her long straight locks down and appeared to be having a fun time in the outdoor location. To top off the post, she left a caption about her hopes for the new year. “2021 let’s just keep the vibes good, k?” it read.

Her many followers left her positive comments once she published the eye-catching post. “i hope 2021 treats you so well 🤍” one comment read while another called her a “gorgeous girl.” Others mentioned her YouTube page and how they hope she updates it soon. 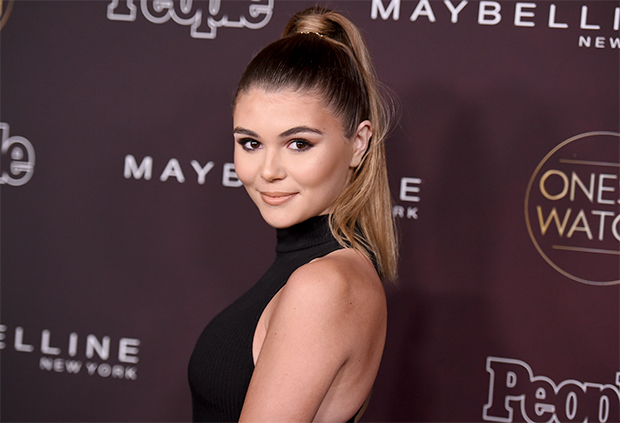 Olivia’s latest post comes just days after her mom, Lori, was released from a federal correctional facility in Dublin, CA after finishing her two-month sentence for her involvement in the headline-making college admissions scandal. Her dad, Mossimo Giannulli, 57, is still currently serving his five-month sentence.

Lori was released “just two days shy of serving two months”, according to TMZ, and now that she’s out, she’ll be on two years of supervised release. She will also have to complete the required community service and pay a court-ordered fine. She hasn’t made any kind of public statement since she got back home but a source told Us Weekly that she had a “bittersweet reunion” with Olivia and her other daughter, Bella Giannulli, 22.

“Lori had a very emotional reunion with her daughters this morning at the family home. She was relieved to be out of prison,” the source told the outlet adding that “it was very bittersweet, however, because Moss wasn’t there.”

Five weeks after Lori first began her sentence, Olivia went on Red Table Talk to break her silence on the scandal and revealed she hadn’t spoken to her mom since she entered the facility. “There’s a quarantine phase because of COVID, so I think that’s the reason, but I haven’t heard anything,” she said on the Dec. 8 episode of the show.