Home » Celebrities » Olympian Nicole Ahsinger Gushes Over Her Special Friendship With Simone Biles: Why I Appreciate Her

Trampolinist Nicole Ahsinger has opened up about her relationship with Gold medallist Simone Biles, as the pair head to Tokyo for the Olympics.

Olympic trampolinist Nicole Ahsinger is set to represent her nation for the second time at the Tokyo games. The 23-year-old California-born athlete opened up during an exclusive interview with HollywoodLife about her relationship with her other team members, including world champion Simone Biles. “I know a lot of the girls on the team. I’ve been friends with Simone Biles for seven years. We went on tour together after the 2016 Olympics, and I know her well,” she said, adding, “MyKayla Skinner was my roommate for the 2016 Olympics.” 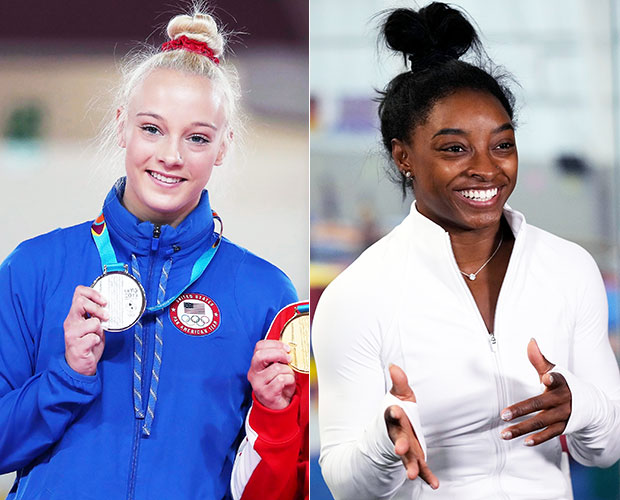 While Simone lives in Houston, Texas, Nicole trains in Lafayette, Louisiana, so the pair don’t get together too frequently. However, she told HL that Simone did congratulate her when it was announced she would be attending the Tokyo Olympics. “congrats,’ and wished me the best of luck. She was also like, ‘oh my god! You’re going to your second Olympic games.” Nicole added, “It’s just cool that I knew her before her first Olympic games. So, I’ve seen her become this incredible athlete. It’s a cool experience that we are both going to our second games and I get to see what she does best.”

Nicole also described Simone as one of her biggest supporters. “After every big competition, she always reaches out and tells me, ‘Good job,’ and always wishes me well. I know she is always in my corner. It’s a good friendship,” she explained. “When I met her, I think she had already won her first world championship. It’s been cool to see her evolve … she was already at the top of her game when I met her and then she came back with medals from the Olympic games … She is also so humble. She is not the type of person who will talk about what she’s done. What she does in her sport speaks for itself and I think that is what makes her a good person. She’s a very good person, super humble, and she works hard.” 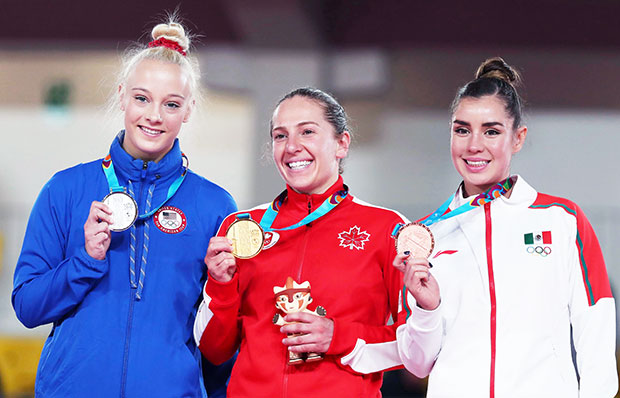 As for what Nicole’s looking forward to at the upcoming games, she wants to show the world what she’s capable of. “I’m [also] looking forward to the opening ceremony and meeting all of the athletes. I think that was the most fun I’ve ever had in my entire life. Even though there won’t be any fans, I’m super excited to go to the opening ceremony and experience that,” Nicole told HL.