Tucker: Julian Assange’s only crime was ‘humiliating the powerful’

Pamela Anderson made a final appeal to President Trump Monday to show his commitment to free speech by granting a full pardon to WikiLeaks founder Julian Assange before he leaves office.

The “Baywatch” star, a longtime supporter of Assange, told “Tucker Carlson Tonight” that the pardon decision represents a “defining moment for the president.”

Anderson urged Trump to “do the right thing” and defend a “free speech hero.”

“This is one of those moments in history, in his lifetime, where he can make the right decision,” she told Carlson. “He would really gain a huge following and a huge sigh of relief and gratefulness from so many people on the planet.” 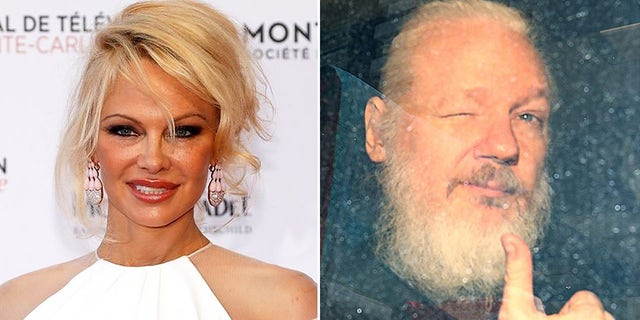 Carlson devoted an earlier portion of his show to the story, urging Trump to “defend the Bill of Rights” and impart “a lasting historical effect” by pardoning the 49-year-old Assange, who is currently behind bars in London’s notorious maximum-security Belmarsh prison.

Trump “can achieve a major victory for the principles that this country was founded on and make it a good place to live,” Carlson said. “The first one of those is freedom of the press, freedom of speech. It doesn’t matter. It’s still true and we should pardon Julian Assange.”

Carlson also addressed reports that Trump is considering granting a pardon to rapper Lil Wayne, who was convicted of illegal possession of a firearm in 2019.