Home » Celebrities » Peter Mayhew dead: How did he die? What was Chewbacca actor’s cause of death?

A statement shared on the Star Wars legend’s official Twitter account said he had died at home surrounded by his loved ones. “The family of Peter Mayhew, with deep love and sadness, regrets to share the news that Peter has passed away,” it said. “He left us the evening of April 30, 2019 with his family by his side in his North Texas home.” The cause of death has not yet been reported.

Peter Mayhew was the actor inside the Wookiee suit in the original Star Wars trilogy in 1977, also returning to play the fan favourite Chewbacca in the new instalments of George Lucas’ franchise, before acting as a Chewbacca consultant on The Last Jedi and Solo: A Star Wars Story.

The statement issued by his family said: “He fought his way back from being wheelchair-bound to stand tall and portray Chewbacca once more in Star Wars: The Force Awakens.

“He also consulted on The Last Jedi in an attempt to teach his successor.

“He put his heart and soul into the role of Chewbacca and it showed in every frame of the films from his knock kneed running, firing his bowcaster from the hip, his bright blue eyes, down to each subtle movement of his head and mouth,” they said. “But, to him, the Star Wars family meant so much more to him than a role in a film.

“The relationships that began then grew into the friends and family that he would love for decades to come.”

Following the news of his death, Peter’s co-star Harrison Ford, 76, issued a touching statement to The Hollywood Reporter. 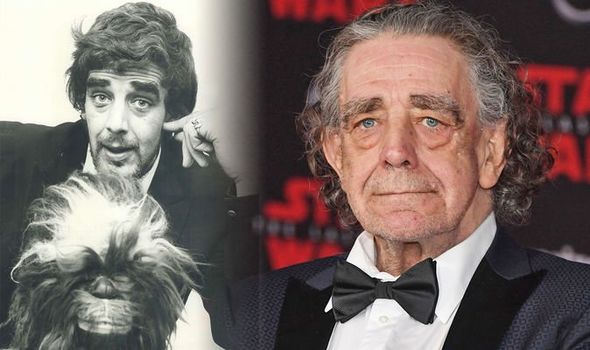 “Peter Mayhew was a kind and gentle man, possessed of great dignity and noble character,” he said.

“We were partners in film and friends in life for over 30 years and I loved him.

“He invested his soul in the character and brought great pleasure to the Star Wars audience.”

Mark Hamill, 67, tweeted his tribute to the 7ft 3in Chewbacca actor, calling him “the gentlest of giants”.

“A big man with an even bigger heart who never failed to make me smile and a loyal friend who I loved dearly,” he said.

“I’m grateful for the memories we shared and I’m a better man for just having known him. Thanks Pete.” 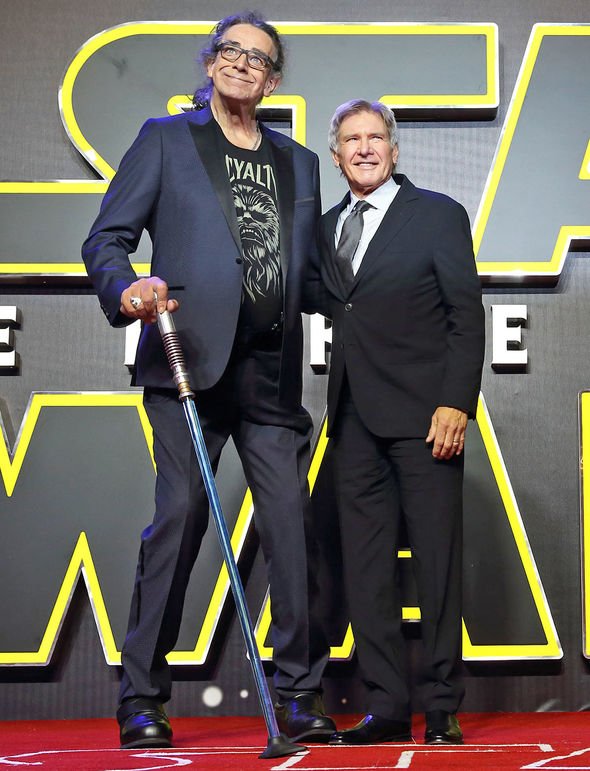 Tributes poured in for Peter, with the official Star Wars Twitter account sharing a message from the President of Lucasfilm, Kathleen Kennedy, who said: “We are deeply saddened today by the news of Peter Mayhew’s passing.

“Since 1976, Peter’s iconic portrayal of the loyal, loveable Chewbacca has been absolutely integral to the character’s success, and to the Star Wars saga itself.”

Jones Suotamo, 32, who took over the role of Chewbacca, said: “Devastated to hear about the passing of a dear friend and mentor, the great Peter Mayhew.

“Peter’s warm welcome when I came aboard as his double in The Force Awakens meant so much to me.”

He credited the actor with helping him with the character through “tutelage and kindness”, adding: “He was an absolutely one-of-a-kind gentleman and a legend of unrivalled class and I will miss him.” 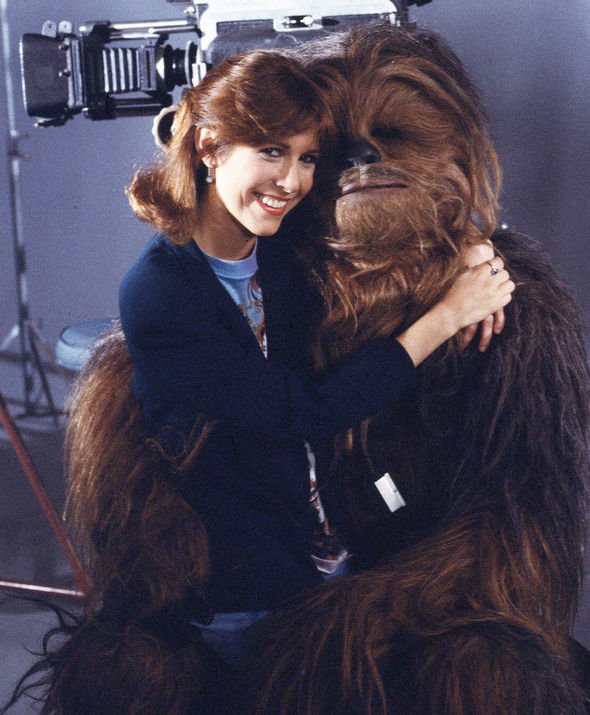 Peter used his global platform to support nonprofit organisations which help veterans, families and children in need through the Peter Mayhew Foundation.

Peter is survived by his wife Angie and three children.

The family said a memorial service for his friends and family will be held on June 29, with a memorial for fans taking place in Los Angeles in December at EmpireConLA.

They asked fans to donate to the Foundation instead of sending flowers or gifts, “so that they can continue his efforts to help the community”.

To donate to the Peter Mayhew Foundation, visit: http://petermayhewfoundation.org/make-a-donation.php