Against a verdant background, a woman in fishnets, a bustier, and a bright green hunter’s cap drags Robinhood CEO Vladimir Tenev on a leash, while he clasps his hands together in supplication. “Get on your knees and repent, Vlad,” the caption reads. “But I’m still robbing you and redistributing the wealth, while I keep you on a tight leash for the rest of your life and force you to watch me fuck Wall Street even harder than you fucked the little guy.”

Such works are NFTs, or non-fungible tokens, essentially “digital containers” designed to hold a one-of-a-kind priceless collectible, like an autographed baseball card or a rare stamp. They have particularly gained prominence in the art world, with Grimes recently selling one of her NFTs, a 50-second video, for $390,000; Steve Aoki’s “Dream Catcher” limited art collection brought in $4.25 million in sales (with a record-breaking single-auction price of $888,888.88 paid by former T-Mobile CEO John Legere); and the artist Beeple selling an NFT through an auction at Christie’s for a staggering $69 million. Twitter founder Jack Dorsey is also in the process of trying to sell the platform’s first-ever tweet, which he authored, as an NFT, the highest bid for which is currently $2.5 million.

Outside the cryptocurrency community, there’s a great deal of skepticism surrounding NFTs and what their long-term value may be. But within the adult industry, which has a reputation for being something of a tech early adopter — the industry was a major driver behind the rise of VCRs, as well as cable TV — adult content creators like Cryptonatrix have started to embrace the NFT craze, marketing their works to a small, yet ardent, clientele.

“A lot of buyers don’t really care about getting something on the blockchain because they just wanna jerk off,” Cryptonatrix, who started minting NFTs back in September, tells Rolling Stone. “But some of them really love the idea of owning this digital token and being the one to own this special image their favorite creator minted.” 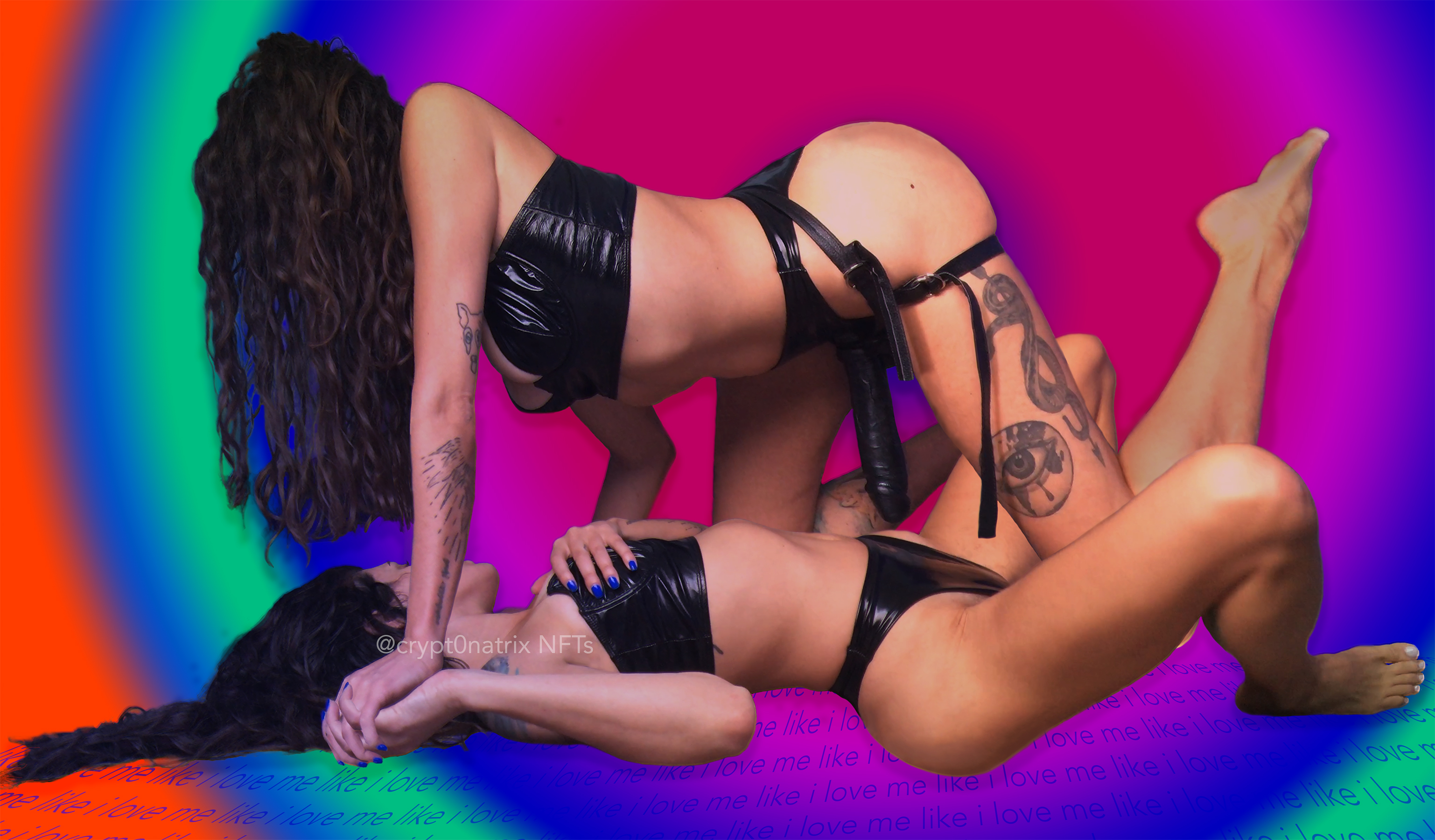 In the past, many sex workers have gotten into cryptocurrency because “adult creators historically have had problems with censorship,” explains Aella, an online sex worker who has sold about five of her nudes, which she had previously uploaded to other platforms, as NFTs for about $600 each. Many mainstream payment processors such as PayPal have refused to process transactions from adult businesses, in the process freezing many sex workers’ funds.

Sex workers have also struggled to maintain a presence on large platforms like Instagram, where they are often subject to shadow-banning and stringent content guidelines. Some of them view minting NFTs as a way to diversify their revenue streams while simultaneously ensuring their content is not removed from the blockchain. “It’s not a perfect solution, because it’s kinda unclear what the platforms’ policies are on nudity, but there’s a lot of potential for there to be genuine freedom there,” says Aella.

Allie Eve Knox is currently auctioning off “Allie in the City, Two,” in which she is depicted as a giantess towering over Madrid’s famous Edificio Metropolis; its predecessor, “Allie in the City, One,” was bought on the cryptocurrency marketplace Rarible for the equivalent of $510. It was made by one of her subs, a man who goes by the name Dog_editor, for only about $15. In an interview with Rolling Stone, Knox says she sees minting NFTs as yielding a long-term financial payoff: if someone sells her NFTs, she will earn 30 percent in residual fees. “The boys who have some money are passing it around in the community, and I jumped on board because I wanted some,” Knox explains. “I don’t want to change the art world or want people to respect me. I just want another way to get paid.” 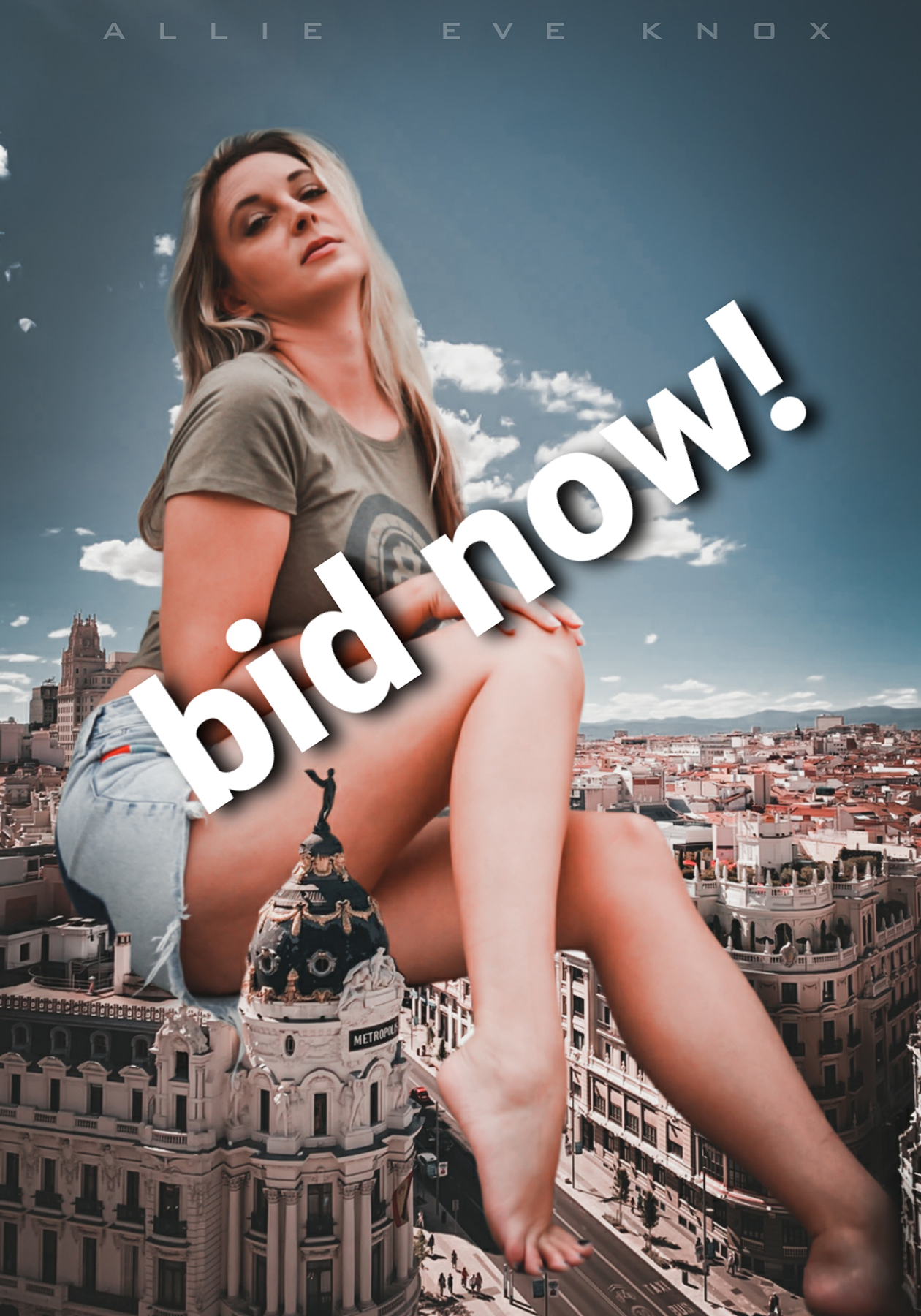 There are, of course, some significant drawbacks: Knox says that gas fees (essentially, Ethereum processing fees) can be onerous, and the ambiguity surrounding the future of cryptocurrency makes the barrier for entry relatively high. Additionally, it’s unclear whether many of the marketplaces currently allowing adult content creators to mint NFTs will allow them to continue to do so, or whether they will follow the lead of other mainstream platforms and purge all sexually explicit content. Aella, for instance, says she received an email from the CTO of OpenSea after she started minting her nudes, saying “they haven’t fully figured out their policy on pornographic material” (Alex Atallah, the CTO of OpenSea, did not immediately respond to a request for comment). There’s also little by way of age verification protocols to ensure that creators selling nude or lewd NFTs are of age. “you don’t know the age of the buyer or who’s in the content, or how old the person is or if they gave consent for that. So that’s a huge concern of mine,” says Cryptonatrix.

Such potential negative implications, however, are common with any new form of technology, and adult creators are optimistic that even if platforms do start cracking down on NSFW content, a new space or platform will arise for those in the industry. “There’s a lot of money in it,” says Aella. “People know that.”