Prince Harry and Meghan Markle might not be on the best of terms with the rest of the British royal family, especially after the multiple revelations they made in their seismic interview with Oprah Winfrey earlier this year and Harry’s admissions about his father, Prince Charles, in the Apple+ series “The Me You Can’t See.” The Duke of Sussex said that his dad made him “suffer” as a child. “My father used to say to me when I was younger … ‘Well, it was like that for me, so it’s going to be like that for you.’ That feeling of being trapped within the family, there was no option to leave,” he told Oprah (via Page Six) in one of his most shocking comments yet.

With that said, it should come as no surprise that the royals purportedly turned their backs on Harry when he traveled to London for his grandfather Prince Philip’s funeral back in April and again this summer to attend a statue unveiling of his late mother, Princess Diana. While Harry tried his best to look relaxed, his brother Prince William kept his distance between them. Yet, despite the seemingly icy reception Harry received from his own family members, it looks like he and his wife still want to make one more trip to London this summer. That’s because they have a huge request they are hoping Queen Elizabeth II will honor. Read on below to find out what it is! 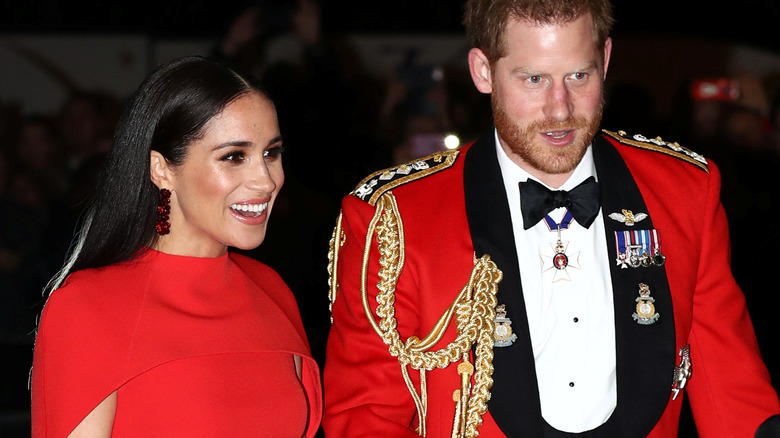 Despite all the details the Duke and Duchess of Sussex revealed about their family members this year, Prince Harry and Meghan Markle still want a royal gathering for their daughter, Lilibet Diana. According to the Daily Mail, Harry and Meghan want their daughter to be christened at Windsor in front of Queen Elizabeth II herself. Harry even made his intentions quite clear during his last visit to London. One source close to the situation told the publication, “Harry told people that they want to have Lili christened at Windsor, just like her brother. They are happy to wait until circumstances allow.”

When Harry and Meghan christened their son Archie Harrison at Windsor back in 2019, it was a private affair. There were no media outlets invited and the couple only released a family photo after the event was over. But, seeing how their royal invite list might even be smaller than it was for their son’s event, Lilibet Diana’s christening might be so intimate that no one from the royal family will even bother to be there.