Prince Philip has been laid to rest. The late Duke of Edinburgh’s family gathered to say goodbye at St. George’s Chapel at Windsor Castle on Saturday.

In attendance at the service was his wife of 73 years, Queen Elizabeth II, son Prince Charles, grandsons Prince William and Prince Harry, and other members of the royal family. Philip died on April 9 at the age of 99, leaving behind four children, eight grandchildren and 10 great-grandchildren.

Before his death, Philip had a hand in making his own funeral plans, and though he’s entitled to a state funeral as the queen’s consort, he requested “a much more quieter event,” Omid Scobie, co-author of Finding Freedom: Harry and Meghan and the Making of a Modern Royal Family, told ET.

“He has asked, in his words, [for] a simple affair and that is exactly what is happening at the ceremonial service that will take place at St. George’s Chapel at Windsor Castle,” Scobie said.

Prince Philip’s coffin had been resting in the Private Chapel at Windsor Castle before the day of his funeral. Earlier on Saturday, it was moved to a Bearer Party founded by The Queen’s Company, 1st Battalion Grenadier Guards.

Then, his coffin was carried in “a purpose-built Land Rover — which The Duke was involved in the design of — flanked by military Pall Bearers, in a small Ceremonial Procession from the State Entrance to St. George’s Chapel, for the service,” the Palace said.

Prince Harry, Prince William, and more members of the royal family participated in the procession, walking behind the Land Rover carrying Philip’s coffin. 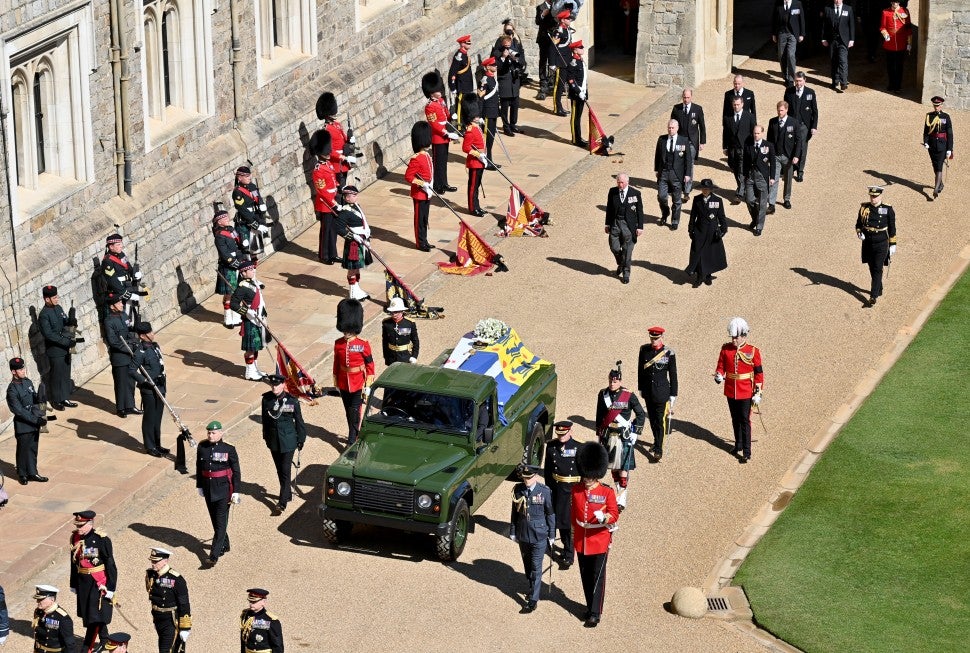 Carried by a Bearer Party found by the Royal Marines, the coffin was taken to the top of the West Steps of St. George’s Chapel by the Dean of Windsor and the Archbishop of Canterbury. The Duke’s naval cap and sword were placed on the coffin ahead of the service and with his insignia laid on the altar of the chapel. After the service, the duke was be interred in the royal vault in St. George’s Chapel.

Philip even had a hand in the music at the funeral, in which a four-person choir performed.

During the service, the 30 members of the royal family in attendance sat separately due to COVID-19 protocol, meaning that Philip’s widow, Queen Elizabeth II, sat alone in mourning. 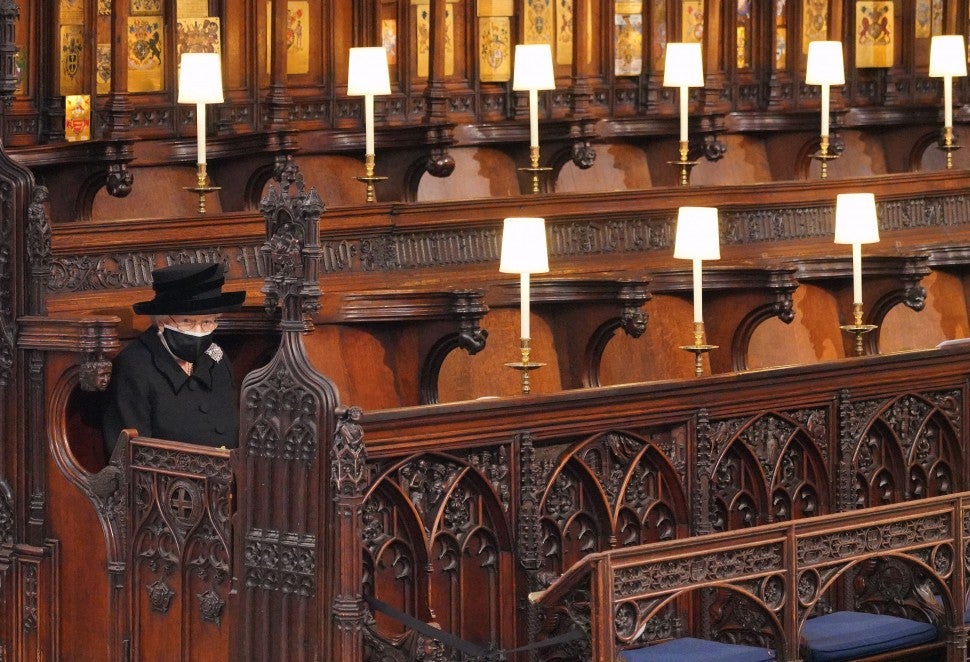 Scobie told ET that Philip did “not like fuss” and “made that known when it came to planning his funeral.” The royal expert shares that Philip worked closely with the Lord Chamberlain’s office at Buckingham Palace “to ensure that it wasn’t a blown-up affair, and that means that it won’t be a state funeral. Instead, it will be a royal ceremonial funeral, which will be a much more private affair.”

“This will really give a chance for the royals to remember his life in a very peaceful and quiet way. It also avoids the worries that the government have over people congregating during the time of the pandemic,” he continues. “For Prince Philip, this is exactly what he wanted. It’s a send-off that he had asked for.”

The funeral brought the royals together in public for the first time in many months. Prince Philip’s grandson, Prince Harry, traveled from Los Angeles to attend, while his wife, Meghan Markle, watched from home. The 39-year-old Duchess of Sussex is pregnant with the couple’s second child and was advised by doctors not to travel.