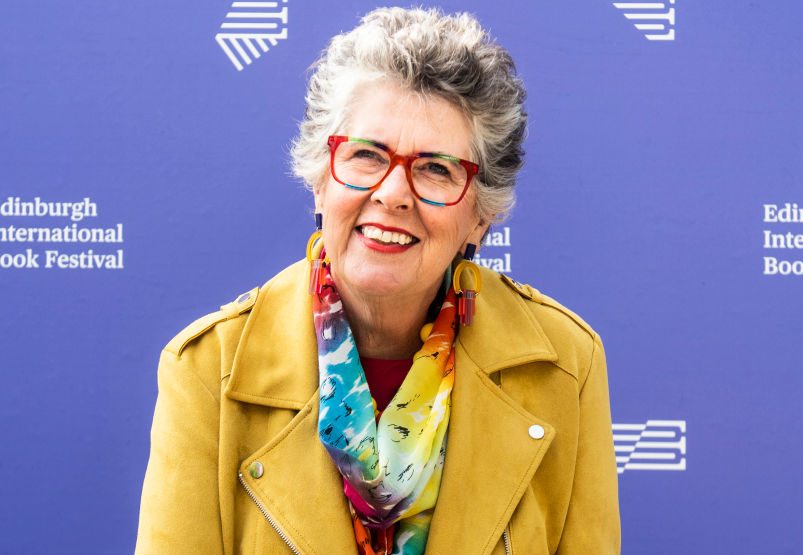 Prue Leith has opened up about a past relationship with a ‘wonderful man’ she fell in love with while in Lanzarote, rediscovering her sex drive in the process.

Discussing their span as a couple on Annie Mac’s Changes podcast, The Great British Bake Off judge, 81, recalled that she had ‘a lot of good times’ with him but was glad things ended when they did so she was able to ‘hook up’ with now-husband, John Playfair.

Detailing how their relationship came about, Prue explained that getting drunk at a dinner party with two other single women had led to her stating exactly what she was looking for in a man as they listed the advantages of a companion.

She said: ‘The three of us were agreeing we wanted a walker. I got a bit full of booze and said very specifically, “I want somebody who is Jewish, in his 70s, a musician and gay”, those four things.’

‘I want him to be gay because I’m done with all that,’ she added.

A few weeks later she went out to visit her friend and marvelled at the similarities between him and the characteristics she had listed at the supper.

She continued: ‘I fell in love with him and he was a pianist. There was the musician. He was only one-quarter Jewish but the genes are very strong.

‘He loved music and food and he was in his 70s. And thank God he wasn’t gay! Because I discovered that I still quite liked all that.

‘We had four years together – it was a real rollercoaster. A lot of it was wonderful.’

However, the restauranteur also admitted he was tough to be with at times.

‘He was Bipolar, which meant that every now and then he would be absolutely impossible.’

She added: ‘I am still friends with him, but I couldn’t have lived with him.’

Prue then met fashion designer John a year later and tied the knot with him in 2016 after five years together.

She observed, of her previous partner: ‘If I’d been with Ernest, I’d never have been able to hook up with John.’

While she doesn’t share her former lover’s full name in the podcast, Prue dated composer Sir Ernest Hall for four years after the death of her first husband, Rayne Kruger.

She and Rayne had son, Danny, and adopted daughter, Li-Da, together.