Rachel Riley: ‘My eyes are up here’ Countdown star puts on busty display amidst comeback

Countdown favourite Rachel Riley, 33, shared a cheeky picture to her some 451,000 followers on Instagram. The star posed alongside a creepy looking ventriloquist doll and Harry Hill, 55.

The doll appeared to be staring down at her cleavage, and Rachel couldn’t help but make light of the pose.

She captioned the smiley selfie with: “Hey dummy, my eyes are up here!”

She then went out to announce that the new series series of 8 out of 10 Cats does Countdown was returning.

The young mum continued: “The new series of 8 out of 10 Cats does Countdown starts tonight 9pm Channel 4. 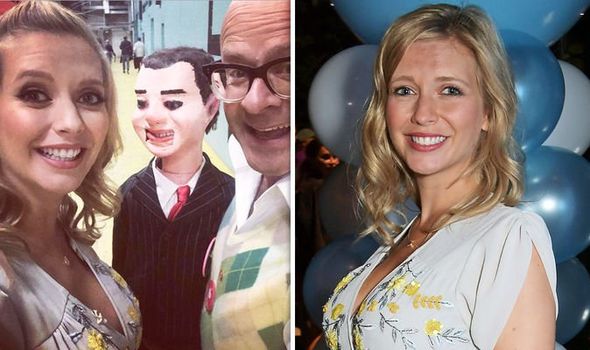 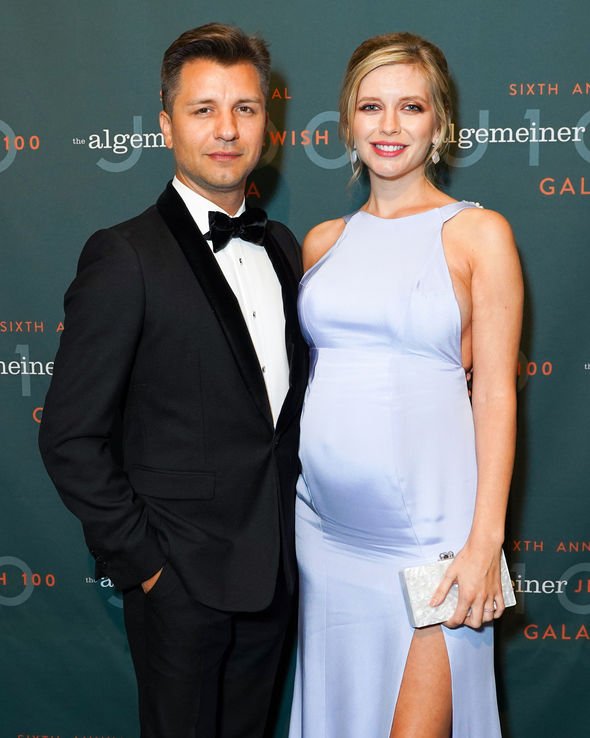 The show, which was taped while she was still pregnant with her first born, and Rachel added a shout out to her stylists who had helped her find the stunning maternity dress.

Her followers couldn’t get enough of the gorgeous photo. 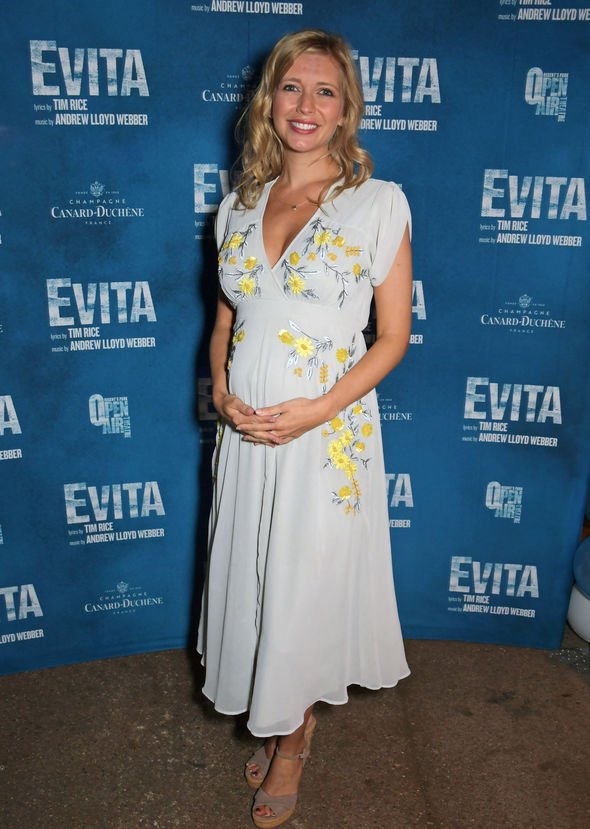 One gushed: “You’re so pretty” and another commented: “Looking good!”

Others couldn’t help but compare the doll to comedian Jimmy Carr, who hosts the series.

One user wrote: “Jimmy Carr is tiny in real life ain’t he…” and another quipped: “Looks like Jimmy Car but with a soul.”

They announced the birth of their daughter Maven Aria, on 15 December of last year.

The adorable newborn has since appeared a couple of times on Rachel’s Instagram feed.

Here Rachel made the shocking revelation that her baby was born in her bathroom.

She wrote: “2 weeks after we were expecting her this little one finally made an appearance!

“After keeping us waiting she came so quickly we didn’t have a chance to get to the hospital and was born in our bathroom with our amazing doula and wonderful St Mary’s midwives rushing over to be with us in the nick of time!

“She’s absolutely perfect and Pasha and I are in newborn bliss. Couldn’t be more in love.”

The celebrity couple announced they were expecting in May.

And just weeks after they made the big announcement, they announced in a low key wedding ceremony in Las Vegas, USA.

She shared the news on Instagram with the caption: “Introducing the new MR and MRs Kovalev. We both said yes!”