Home » Celebrities » Riz Ahmed on ‘Sound of Metal’: ‘Deafness isn’t a disability for many people’ 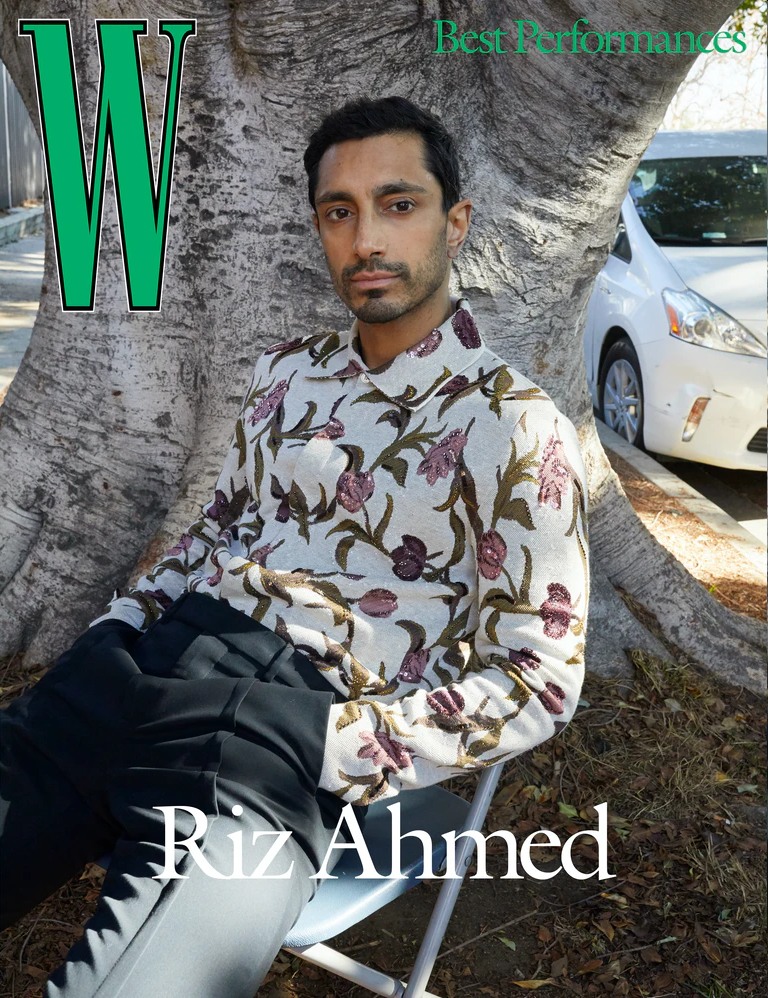 After many of the awards nominations came out, I started paying attention to how much buzz Riz Ahmed was getting for Sound of Metal because of his tour de force performance as a rock/metal drummer who loses his hearing. So I found the film and watched it and WOW. I’ve been a Riz Ahmed fan in that I thought he was talented and he was good in whatever I saw him in, but this was really a star-making performance, and his Oscar nomination this week is well-deserved. I really hope more people see the movie and I loved the story and how the beats of the film unfolded. Riz covers one of W Magazine’s Best Performances issues, and the interview was a lot about Sound of Metal, his preparations and what he learned about American Sign Language (ASL) and the deaf community. Some highlights:

Learning about metal music and the deaf community: “One of the things that really attracted me to this role, and one of the things I like most about being an actor, is learning new skills and learning about new people in communities and cultures. And that’s what this job was. [Sound of Metal director] Darius Marder said, “Whoever is going to play this role is really going to play the drums. I love music too much to fake it. And similarly with American Sign Language—your character needs to be fluent. Then I want the actor to be able to improvise with deaf actors.” That challenge was just what I was looking for at the time: something that would be almost overwhelming, so I would have to lose any attempt at control. And that’s when the interesting things happened. It was a seven-month process of learning to play the drums from scratch, and American Sign Language.

He lived in the Ruben character for seven months: “Ruben is a character who is very structured, so I thought I’d approach the preparation in a very structured way, to be quite immersed. I stayed in the accent and with blond hair for seven months. And, you know, there are tougher things to do for seven months than walk around blond. I would do American Sign Language with Jeremy Stone, my instructor, for a couple of hours in the morning. Then I would go and work on my script with my acting coach. And then in the afternoons for a few hours, I would drum. In the evenings, I would usually go to Alcoholics Anonymous or Narcotics Anonymous meetings. At night, I would go to a gig. I was learning about multiple worlds at the same time: the punk and metal and noise scene, the deaf community, addiction circles. The way I like to work is just to immerse myself in it completely. So it was a long journey, but it was such an eye-opening one.

Learning about the richness of the deaf community’s culture: In the preparation process, I was immersed often in the deaf community with my instructor. I would be at his wedding, or go to deaf poetry slam competitions, or just hang out and socialize. One of the things I learned is that deafness isn’t a disability for many people. For many deaf people, it’s a rich and diverse culture. There are even different deaf accents. People in Harlem will sign differently to someone from Brooklyn, who’ll sign differently to someone in L.A. It just gives you an idea of the elegance, the inventiveness, the creativity of American Sign Language and deaf culture, to be able to encapsulate all of that in a gesture.

What he learned: “I say to people that I feel like the deaf community taught me the true meaning of listening. It’s not just something you do with your ears. It’s something to do with your whole body, with your attention. And they taught me the true meaning of communication as well. Because Jeremy, my instructor and my good friend now, said, “Hearing people are emotionally repressed. And the reason for that is because we hide behind words.” I didn’t know what he meant until I became more fluent. As I was speaking in ASL, I realized that I was getting a lot more emotional. I felt myself getting very moved talking about certain things in ASL that I wouldn’t have if I was just speaking. When you’re communicating with your whole body, you’re connecting viscerally, in a different way. I always say the deaf community didn’t just teach me sign language. It taught me how to communicate and how to listen.

Whether he developed new hobbies in lockdown: “One thing I got into a little bit, which I think has become a bit of a lockdown cliché, is plants: getting plants, watering plants, growing plants at home in London. I used to not understand the appeal. But in this time of lockdown, to just nurture life and see how resilient it is, and recognize what it means to nurture a little bit every day—it’s an amazing practice. And it teaches you something about how we can maybe deal with each other and ourselves a bit better as well.

Hearing him describe his plants almost made me weep, so that’s where I am. Anyway, I love that he was so open to understanding the deaf community and communicating in ASL and learning about the nuances of ASL. He was committed to every part of this character, from the hearing loss to the addict’s mind to the music. I love him.