Only after his death did his shocked family and friends discover that the 63-year-old actor had been suffering from an ­undiagnosed neurodegenerative brain ­disease that plagued him with dementia, ­hallucinations and paranoia. The private hell of Williams’ final days, and the effect that had on the people who loved him, are revealed in a new documentary, Robin’s Wish.

“He was the bravest man in the world playing the hardest role of his life,” says his widow Susan Schneider Williams, aged 57.

“For someone as brilliant as Robin, who put his heart and soul into his career, to just start losing his abilities…it was devastating for him to watch what it means to be human slipping through his fingers.

“Can you imagine the pain he felt as he experienced himself disintegrating?”

But while filming the third Night at the Museum movie in late 2013, the silver-tongued, quick-minded comedic genius began forgetting lines and fumbling words, plunging him into a depression. “I don’t know what’s going on,” Williams anxiously ­confessed to his director, Shawn Levy. “I’m not me any more.” 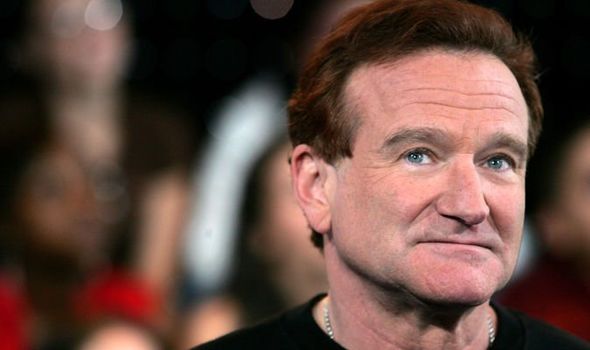 Says Schneider Williams: “It was getting harder and harder to get it right, and he was c­onsumed with that.”

Williams’ brain, it emerged after his death, had been ravaged by the disease.

“This was about as devastating a form of Lewy body dementia as I had ever seen,” adds Miller. “Almost no area was left ­unaffected. It really amazed me that Robin could move or walk at all.” 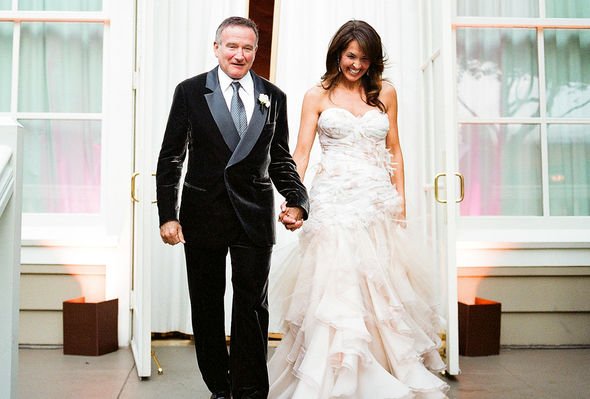 Yet despite everything, the couple remained steadfast through his ordeal. “We’re in love, and we’re married. I’m not leaving him,” she said.

Williams had first married Valerie Velardi in 1978, having son Zachary, and divorcing after ten years, before marrying his son’s nanny, Marsha Garces in 1989. They had daughter Zelda and son Cody, but divorced 11 years later in 2010, and the following year he married artist Susan Schneider.

They had met by chance at an Apple store in Corte Madera, California, near his home north of San Francisco. Two weeks before his death Williams proved his romantic streak still endured by ­delighting Susan as she ran a tedious errand at that same Apple store.

“Out of the blue, he came walking in with flowers and surprised me,” she says. 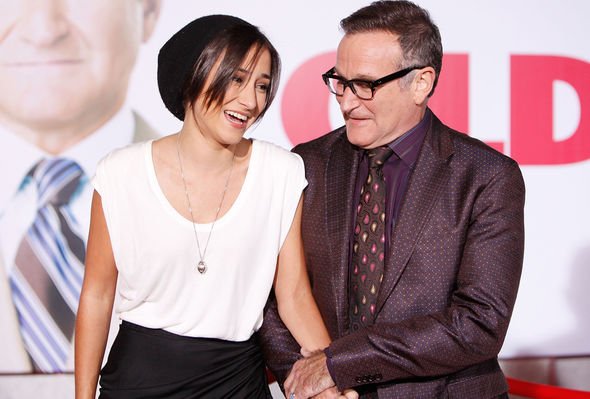 “I looked at him like, ‘Oh my God, what are you doing?’ And he said, ‘This is where it all began.’” It was a rare moment of ­happiness in a cripplingly painful two-year downward spiral.

Williams was suffering worsening ­insomnia, paranoia, tremors, cognitive and motor skill impairment. He was diagnosed with Parkinson’s disease, but Susan says: “He wasn’t buying it.” He feared he had Alzheimer’s, dementia or schizophrenia.

“Robin and I knew there was so much more going on,” says his widow. “Robin was right when he said to me, ‘I just want to reboot my brain.’”

The actor spent his last months battling the terrible effects of a disease whose name he never knew. He had daily therapy and meditation sessions, and underwent hypnosis, but any relief was short-lived. 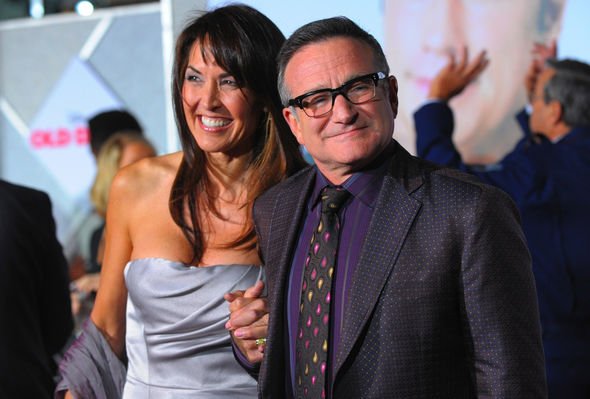 “He was a freaking warrior. The way that he was able to battle the inner turmoils, the inner fears; he was blessed with what his heart was capable of in the midst of fear.”

Williams’ friend, writer-director David E Kelley, admits: “His sense of security, and who he was and what he was, was eroding.”

The brilliantly inventive comedian with rapid-fire wit struggled behind closed doors with panic attacks. At night he would lie awake for hours, tormented by paranoid delusions. When he eventually drifted off he would thrash violently in his sleep, the documentary reveals.

By day he often stayed at home rather than meet friends or perform at the improv comedy shows he once loved, as he became a prisoner to his insecurities.

His doctors advised that Williams and his wife sleep in separate beds for medical reasons, plunging him further into despair.

“Does this mean we’re separated?” he asked his bewildered wife.

“That was a really shocking moment,” she confesses.

“When your best friend, your partner, your love – you realise that there’s a giant chasm somewhere, and you can’t see where it is, but that’s just not based in reality.”

Williams had seen his lifelong friend, Superman star Christopher Reeve, become quadriplegic after a horse riding accident left him paralysed in 1995, and said: “I don’t think I could go through that – and I wouldn’t want to.” 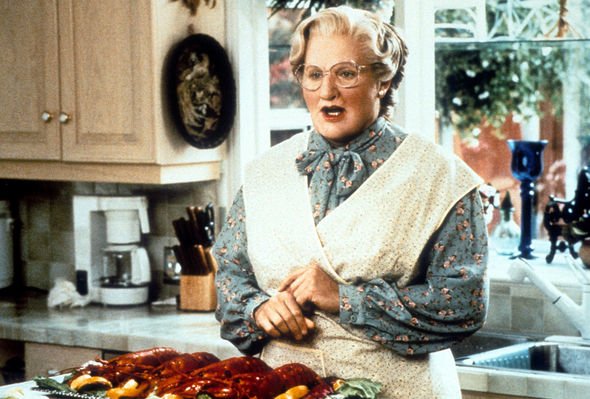 Close friend Stanley Wilson recalls: “He finally said, ‘I’m not going to go where this is taking me.’ There wouldn’t have been any joy in his life. He was ready to go.”

On August 11, 2014, Williams hanged himself in the bedroom of his home in Paradise Cay, California. Investigators also found cuts to his left wrist, where he had made tentative efforts to end his life.

His daughter, Zelda, 31, said: “I’ll never, ever understand how he could be loved so deeply and not find it in his heart to stay.”

Williams’ death was greeted with shock by his millions of fans, but also with cruel misunderstanding. He had previously battled cocaine and alcohol addiction and depression, and the chattering classes leapt to the conclusion he had fallen victim to his former vices, like addicted comedians John Belushi and Chris Farley.

Others speculated that the man who seemed to have it all was the archetypal sad clown: smiling on the outside while crying within.

“That was pretty devastating,” says Schneider Williams, who also plunged into a bitter legal battle with Williams’ three ­children over his £75million estate, finally settled out of court in 2015.

The documentary, now streaming on Amazon Prime, is titled Robin’s Wish, a reference to a conversation Williams had with his wife two years before his death.

“Robin and I were discussing what we wanted our legacy to be in life,” recalls Schneider Williams. “Without missing a beat, he said: ‘I want to help people be less afraid’. And I said: ‘Robin, that’s amazing, honey, because you’re already doing that. That’s your special superpower.’”

Susan now dedicates herself to fighting Lewy body dementia, saying: “Let’s cure this disease. No one should have to feel this level of pain.”