Rosie Ramsey has apologised to Sam Heughan, 40, on behalf of her husband Chris Ramsey, 34, after he took the opportunity to joke around with her while she was sending a sweet thank you message to the Outlander actor on Instagram. The Sh**ged Married Annoyed podcast host gushed over the Jamie Fraser star in view of her 661,000 followers after she received a signed copy of his and Graham McTavish’s new book, Clanlands: Whisky, Warfare, and a Scottish Adventure Like No Other, in the post.

However, Rosie was less than impressed when former Strictly star Chris interrupted while she was recording the video for Sam.

She began by holding up the book for her fans to see, while telling them: “I’ve got a book, it’s a signed book from Sam Heughan and Graham McTavish.”

Comedian Chris then cheekily chimed: “Do you want us to help you gush over this bloke while I’m standing right here?”

Rosie quipped in response: “Yes, so they’ve signed it, thank you so much. 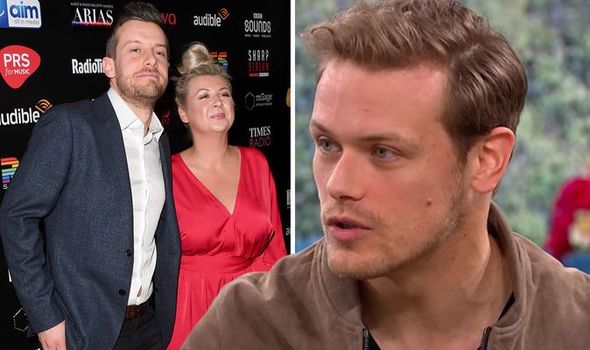 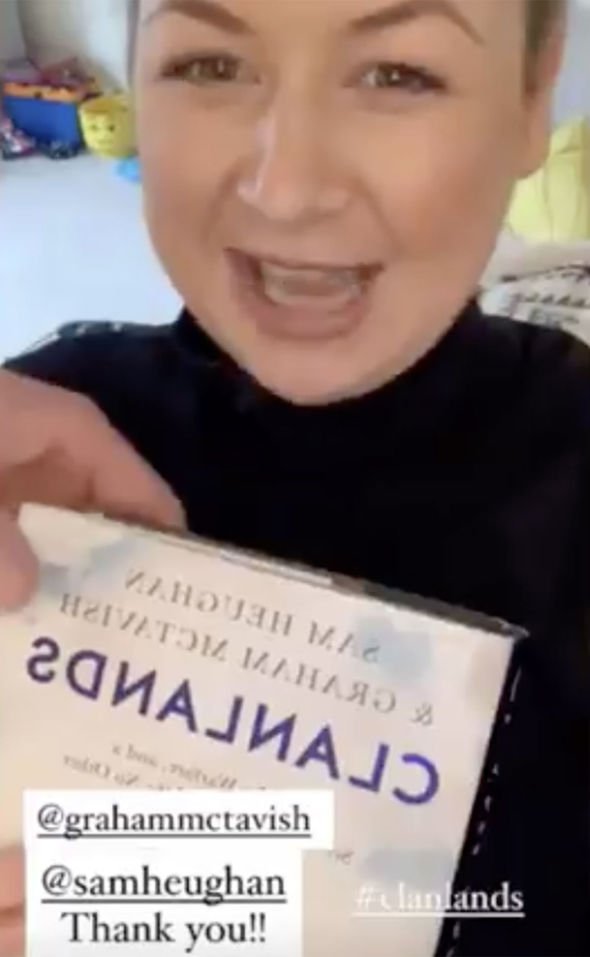 “That’s Jamie Fraser from Outlander and also look, he knows my full name!

“So, in his brain he has said, ‘Rosie Ramsey’, so I survive in his brain,” she added in a Scottish accent.

Rosie continued: “And then he wrote a card as well, thank you Sam!”

“What does it say?” Chris quizzed his wife. 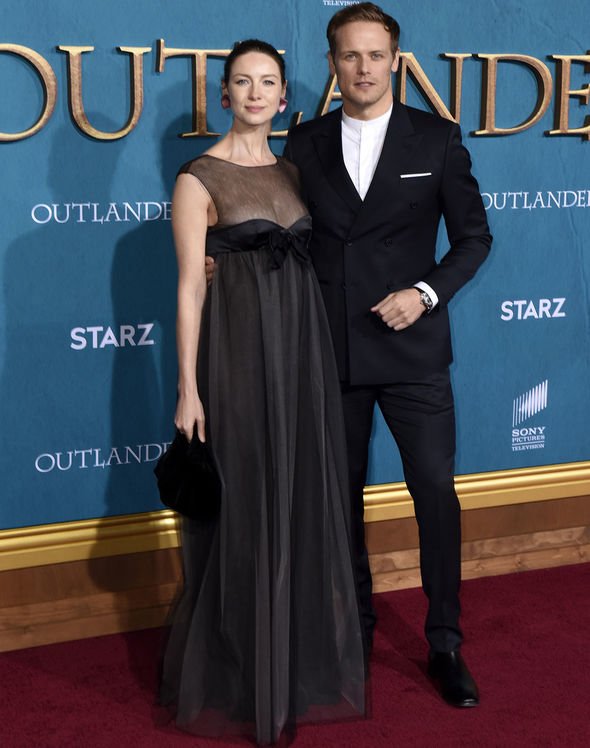 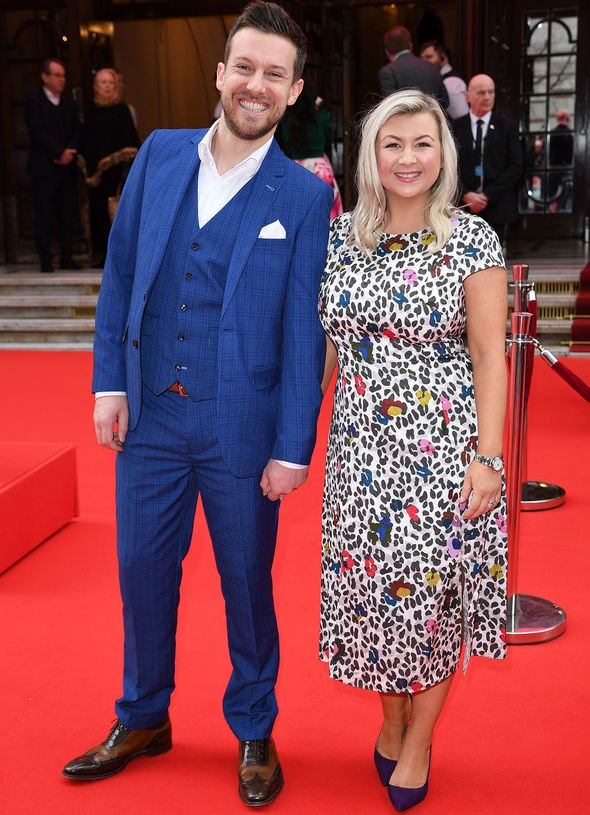 “Rudely interrupted I was by my husband!”

The star then joked about what Sam had written in the card he sent her.

She said while impersonating the actor’s accent: “The card says, ‘Dear Rosie, thank you for being interested in my new book.

“‘Leave your husband and come back with me.’”

Clarifying what the message really said, Rosie added: “No, it says, ‘Rosie, hope you and your mum…’ It’s my mother-in-law, she loves you more than I do!

Rosie then teased Chris about how the actor had signed off his card with the word “love”.

The comic hit back by asking his wife whether she really wanted to share the message with her TV crush due to her “offensive” Scottish accent.

Chris remarked: “Are you tagging him in that after you’ve just done that offensive accent? Are you actually tagging him in, you want him to hear that?”

“No,” Rosie sheepishly admitted in response.

Fortunately, in spite of Chris’ concerns, Sam appreciated Rosie’s message and reposted it in view of his own 2.6 million Instagram followers.