Less than a week after reports surfaced that Scarlett Johansson was pregnant with her second child, she noticeably kept her stomach off-camera during a virtual TV interview.

Scarlett Johansson promoted her new movie Black Widow with a virtual interview on Late Night With Seth Meyers on July 12. She appeared via video chat for the interview, with the camera only showing her body from the chest up. With the lower half of her body completely hidden, Scarlett seemed to be making a point not to confirm or deny the recent reports that she and her husband, Colin Jost, are expecting a child together. Page Six was first to report the news of the pregnancy on July 6, but Scarlett and Colin have not commented themselves. 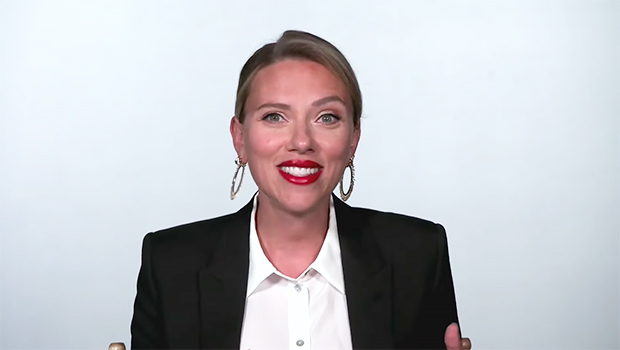 While it’s unclear whether or not the actress is actually sporting a baby bump right now, she looked glowing and gorgeous during her interview with Seth Meyers. She rocked a white button down shirt and black blazer, with her hair pulled back into a low bun. Her beauty look was complete with gold eye shadow and bright red lipstick, and she accessorized with hoop earrings.

Scarlett discussed her and Colin’s surprise October 2020 wedding with Seth. The nuptials, which Seth attended, took place amidst the coronavirus, which meant that the wedding looked quite different than Scarlett initially planned. “It was a little stressful,” she admitted. “But Colin is really fortunate to have his grandparents still with him. There are, like, several people in their 90s in his family. They’re lively and vibrant and they were at our wedding, so obviously we wanted to take every precuation we could. So we had masks made, and everyone had to get tested 100,000 times, which you guys [at NBC] already do.” She jokingly added, “We made sure to invite only people who work at NBC!” 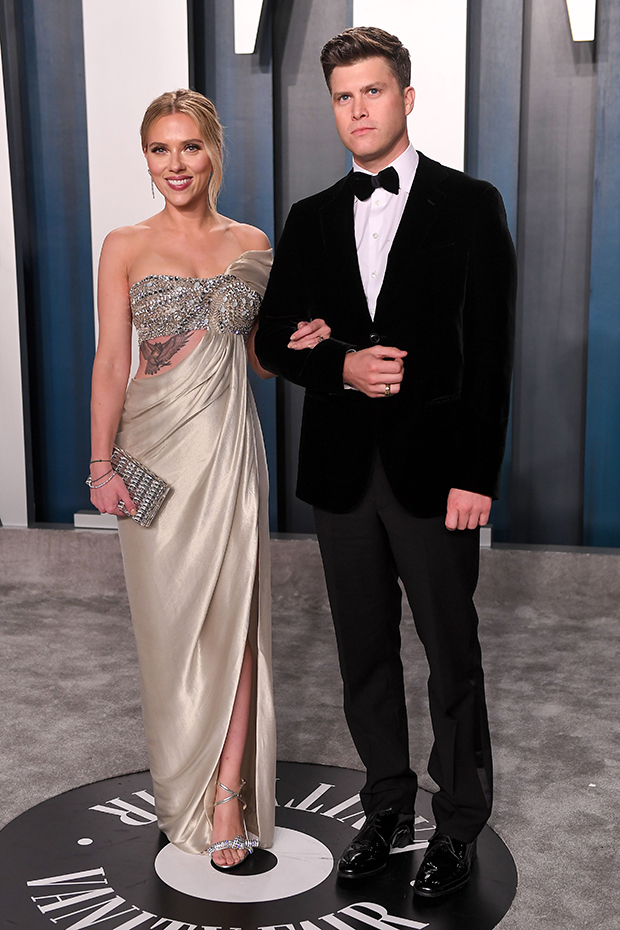 While Scarlett said that it’s “weird” to look back at photos of the mask-filled wedding day now, she said and Colin were “so happy” with how things turned out. “Even though it was small and intimate, it was beautiful,” she gushed. “We were just so happy to see people we hadn’t seen in such a long time. We felt very fortunate to be able to get together like that. It felt like how it was supposed to be.”

Colin and Scarlett have been together since May 2017, and they got engaged two years later. Before that, she was with Romain Dauriac, who she got engaged to in 2012 and married in 2014. The two share one daughter, Rose, who was also born in 2014, but they split after less than two years of marriage. Before that, Scarlett was married to Ryan Reynolds — they wed in 2008 and separated just over two years later.