Selena Gomez showed off her confidence and beauty while posing in front of an impressive car and palm trees in new promotional photos for Puma’s Cali Star sneakers.

Selena Gomez, 28, is looking amazing in her latest Puma ad photos! The singer was promoting the brand’s Cali Star sneakers, which she wore in bright white, in the pics and posed in an outside location with incredible palm trees and a snazzy silver car. She also wore a black hoodie and black shorts and had some of her wavy locks tied up while the rest stayed down. 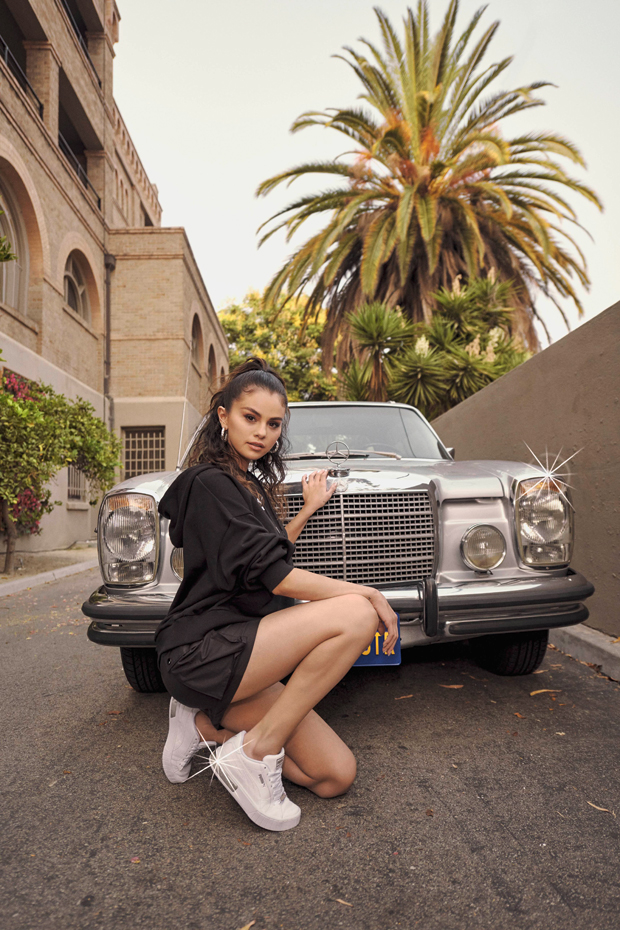 The sneakers that Selena modeled are estimated to cost $80 and are set to come out on the Puma website on Feb. 9. In addition to the white kicks that she flaunted, the brand’s offering a black and gold version. “You have to go after what you want and follow your dreams. Don’t be afraid to stand out from the crowd by being you,” Selena said in a Puma press statement at the same time the new pics were released. 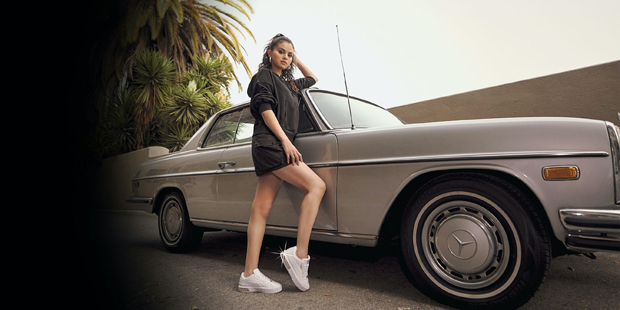 Before her latest Puma ad photos, Selena wowed in a different ad for the sneaker company in Dec. She was promoting the Suede Classic sneakers in black in the eye-catching Instagram pic and let the holidays become a part of it by posing in front of a lit Christmas tree. She wore a mustard yellow sweatshirt and sweatpants as well and had her hair down as her adorable dog, Daisy, posed near her.

Selena’s been an ambassador for Puma since announcing the exciting news in Sept. 2017. She’s appeared in several gorgeous ads that prove she’s not only a talented singer and actress, but also a natural model! She also teamed up with Coach for a partnership and even released an awesome clothing collection with the popular brand.

2021 is just beginning and Selena is proving that between her music, partnerships, and her Rare Beauty makeup brand, she’s continuing to work hard at everything she believes in. The “Good For You” crooner has always been an inspiration to her fans and from the looks of her latest headline-making moments, it seems like she’ll continue to be just that for a long time!