Sheridan Smith, 37, posted a gushing tribute to her “gorgeous” fiancé Jamie Horn, 28, as she shared a sweet Twitter snap today. In view of her 663,000 followers, the Cleaning Up actress wrote: “Thank the lord for this one! So different to go to an event when you got your gorgeous man & family of animals to come home to!” The pair could be seen beaming in the photo, with the stage star lovingly wrapping her arms around Jamie. Her heartwarming tribute comes just hours after she hit out on the micro-blogging site, retweeting a picture of herself leaving the BAFTA TV Awards afterparty holding the arm of the security guard who assisted in walking her to Jamie’s car.

She wrote: “I mean! I actually even joked with this kind security man as he walked me to my fiancée’s car! I said you’ll be mystery man tomorrow…ffs.”(sic)

Sheridan appeared in high spirits as she attended the Virgin Media BAFTA TV Awards at the Royal Festival Hall yesterday.

The singer and actress looked chic as she donned a tailored double-breasted blazer with lace-up detailing along the sides over a lace body underneath.

She teamed the look with a pair of matching suit trousers and added inches to her frame in a pair of peep-toe heels.

Her blonde tresses were kept off her face as she rocked a sleek quiff.

Meanwhile, the star, who got engaged to Jamie in May last year after the pair met whilst swiping through Tinder, recently sparked speculation they had indeed tied the knot. 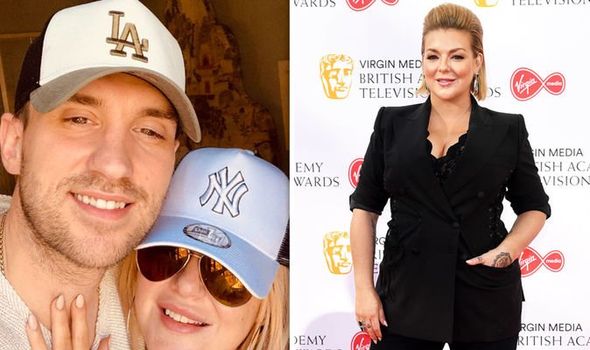 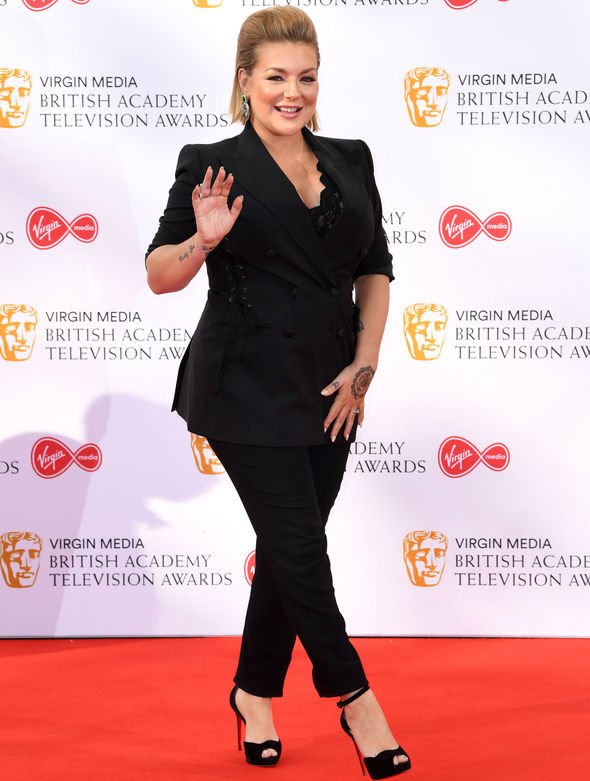 The actress reportedly took to social media where she referred to her beau as her “hubby.”

Posing for a snap with her boyfriend the caption read: “Bank holiday pouting with the hubby,” according to The Mirror.

The Cleaning Up star reportedly deleted the post within an hour after fans commented on the surprising reference.

However, a representative for Sheridan told Express.co.uk: “She has not married Jamie Horn, although they are engaged to be married, they haven’t yet set the date.”

In November, the pair once again fuelled rumours they had got married after pictures of the actress and her beau showed the pair heading into a hotel with Jamie sporting a golden band on his wedding finger. 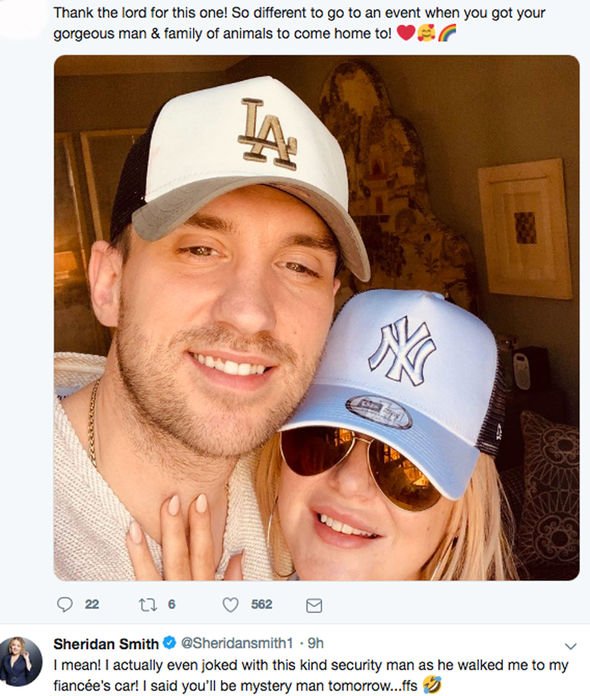 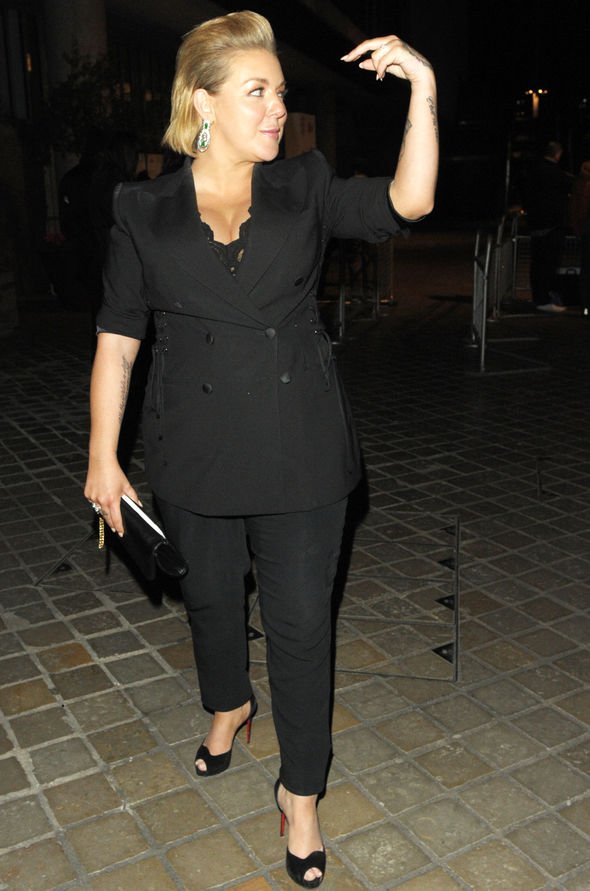 Sheridan announced her engagement to insurance broker Jamie in early 2018 after just three months of dating.

A source told The Sun at the time: “Sheridan is head over heels in love. Jamie is very serious about her. He has introduced Sheridan to his mum already.

“He bought her a ring to propose, a very expensive one actually, it’s about £10,000. She doesn’t wear the ring on her finger, she’s got a necklace. She wears it there because she doesn’t want people to see that she’s got a ring.“

In July last year, the stage performer confirmed to Magic Radio she was indeed engaged.

She said: “I’m feeling great, I got engaged, I’m in a very happy place so I’m very happy and you know that’s it. I couldn’t ask for more really.”