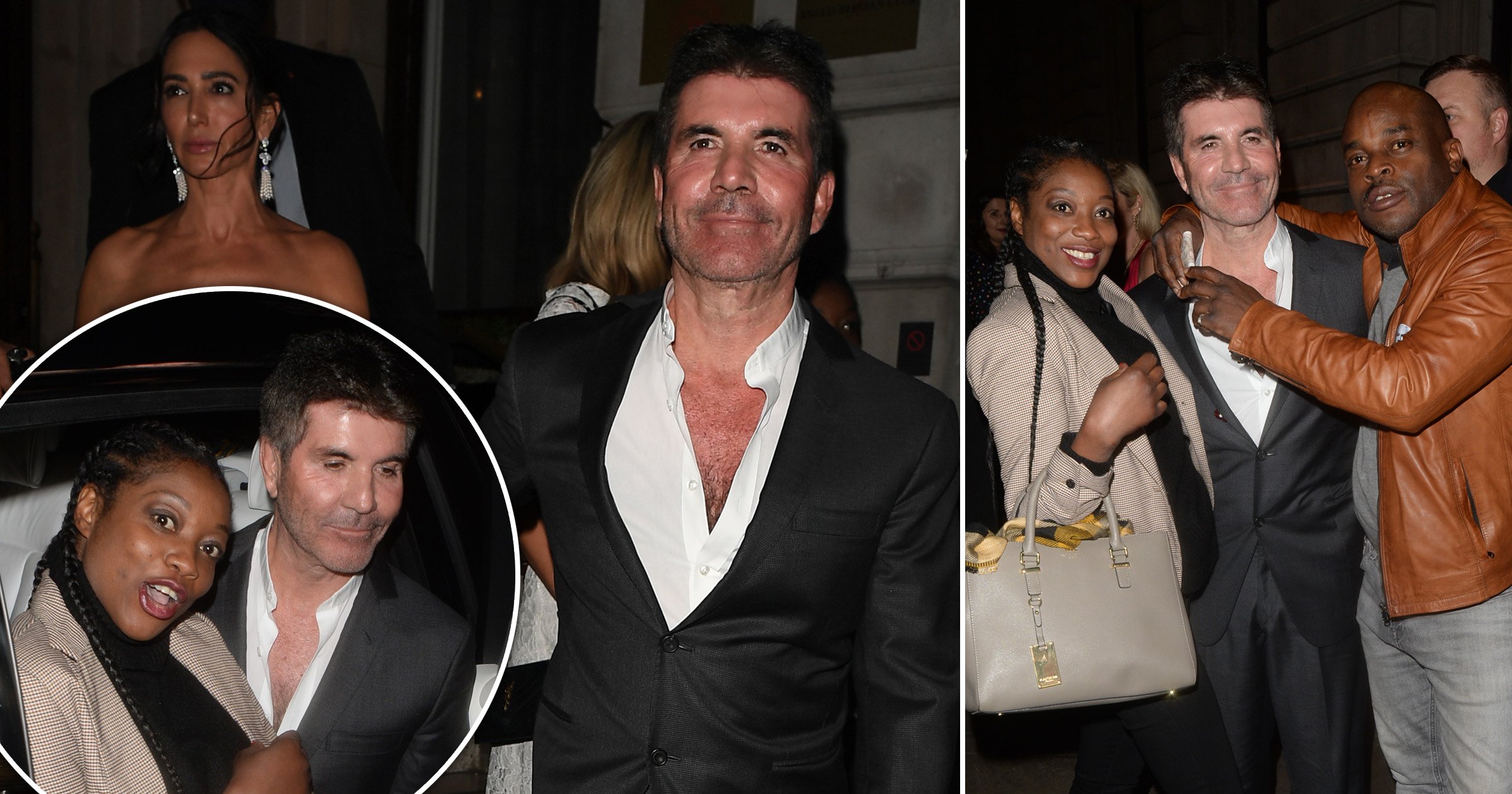 Simon Cowell and Lauren Silverman were accosted by a pair of fans who even tried to get a ride home with the music mogul after a charity event in London.

The music mogul, 62, had been at the Together For Short Lives charity event along with Lauren, 44, when some delighted fans spotted them on the way home.

Simon gamely posed for a photo with the couple – but that was far from the end of their interaction.

The woman could later be seen sitting on Simon’s lap as she attempted to hitch a ride home in his waiting Rolls Royce.

Simon took the funny interaction pretty well and could be seen smiling as security stepped in to get her out.

The woman was also seen chatting animatedly to EastEnders star Emma Barton, grabbing the actress’s hand before security stepped in between them.

Emma was seen wearing a floor-length green sequinned gown as she carried a purple gift bag and attempted to get into her waiting taxi, and smiled at the overenthusiastic fan as her minder separated them.

The Together For Short Lives ball was to raise funds for families caring for ill children, and Simon even auctioned off a portrait of himself in racing overalls, holding a helmet, for over £10,000 on the night.

The portrait was titled ‘If I wasn’t famous?’ and attracted a bit of a bidding war between the rich and famous attendees.

The charity’s Together For Short Lives Ball has raised over £750,000 since 2018, with funds going to support families caring for children with life limiting conditions across the UK.