“Saturday Night Live” cast member Pete Davidson returned to the Weekend Update segment on the show’s season finale this weekend to get a few matters off his chest.

He talked about his anxiety regarding the coronavirus pandemic – and took shots at accused cyberbully Chrissy Teigen and soon-to-be-divorced Bill Gates.

“I was already so anxious before the pandemic my brain didn’t have room for something new to panic about,” he said, claiming he couldn’t now be nervous that public restrooms would give him the coronavirus when “I’m already afraid they would give me AIDs.”

As an aside, Davidson claimed that ‘SNL’ creator and executive producer Lorne Michaels had written the self-deprecating joke.

Davidson also reflected on what he viewed as the few good things that had come out of the pandemic, including “getting Chrissy Teigen out of our lives.”

“I’m relieved,” he said, shrugging off the model and TV personality who recently lost endorsement deals after being called out for cyberbullying.

Davidson also mocked Microsoft co-founder Bill Gates, saying some people are skittish about getting the COVID vaccine because they’re afraid Gates will use the opportunity to microchip them. 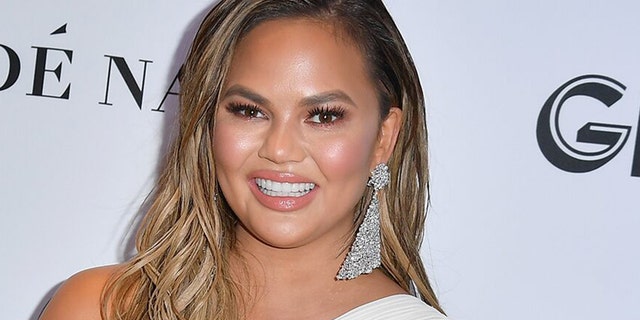 Chrissy Teigen has been accused of cyberbullying. (Getty Images)

“But trust me, if he was that much of an evil genius, Melinda would have signed a prenup,” he said, referring to Gates’ estranged wife who is set to become one of the most independently wealthy women in the world in their divorce.

Che said insiders had been praising President Biden over his “light touch” with Israeli Prime Minister Benjamin Netanyahu before the cease-fire agreement with Hamas last week.

“But in fairness, everything Biden does involves some kind of touch,” Che joked while showing a graphic of Biden getting uncomfortably close to several women.

“And I know what you’re thinking: ‘He’s old, I bet he drives slow.’ Well, watch this,” he said, as the show cut to a clip of the president peeling out of the Ford plant’s proving grounds.

“Jesus, Joe, I’m not going to lie. That made me think we were about to have our first female president,” Jost laughed, referencing Vice President Kamala Harris’ status as second-in-line to the presidency.

The last time a man Biden’s age drove that fast “he traveled into the future,” Jost joked, pointing to a photo of actor Christopher Lloyd as the white-haired Emmett “Doc” Brown character from 1985’s “Back to the Future.”

In another dig at New York Gov. Andrew Cuomo’s nursing home scandal,  Che noted New York City lifted restrictions on places like restaurants and salons this week, allowing them to return to 100% capacity.

“New York State nursing homes will remain at 900%,” he deadpanned. 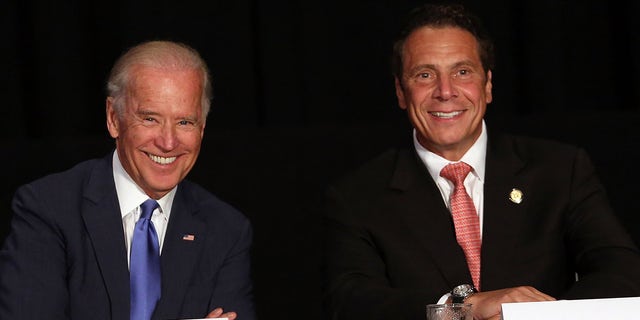 The co-hosts, however, made sure to rip Republicans in the segment.

“Who can forget the time the president tried to murder Congress?” Jost said of the Capitol riot. “Apparently Congress can,” he quipped of Republican opposition to a bipartisan Jan. 6 commission.

Continuing to skewer Gaetz over his sexual misconduct allegations, Jost explained one of the congressman’s ex-girlfriends had agreed to cooperate in the investigation against him.

“But not until after her prom,” Jost said.

Later, the two co-hosts continued their end-of-season tradition of writing offensive jokes for the other one to read, sight unseen, on the air.

Jost warned the audience that everything he was about to say had been written by Che – and was likely intended to kiddingly make Jost seem racist – so Jost hoped he would not get canceled or have his family receive threats afterward.

Jost, who is White, then agonized through several racist jokes written by Che, who is Black, including a cringe-worthy one about a new “Black Superman” movie.

“In this version, Superman’s kryptonite is an honest day’s work,” Jost said before putting his head in his hands, crying with laughter, while Che pretended to be offended.

Another joke, written by Jost, had Che, who is often critical of police, claiming he was probably the only Black man “brave” enough to say “Blue lives matter even more” than Black lives.

Jost finished out the cancellable jokes by being forced to say, “Woody Allen is innocent.”

Saturday’s season finale was hosted by “The Queen’s Gambit” star Anya Taylor-Joy with musical guest Lil Nas X. The next season of “SNL” will begin in the fall.