It’s been an emotionally overwhelming week for Game of Thrones fans, who received a one-two punch of grief during Sunday night’s episode. (RIP, Rhaegal and Missandei; you did not deserve to meet your demises so lazily.)

I’m here to tell you more tears are in your future, but this time of joy: Sophie Turner and Richard Madden reunited at the Met Gala on Monday night, and the photos are too pure for this world. 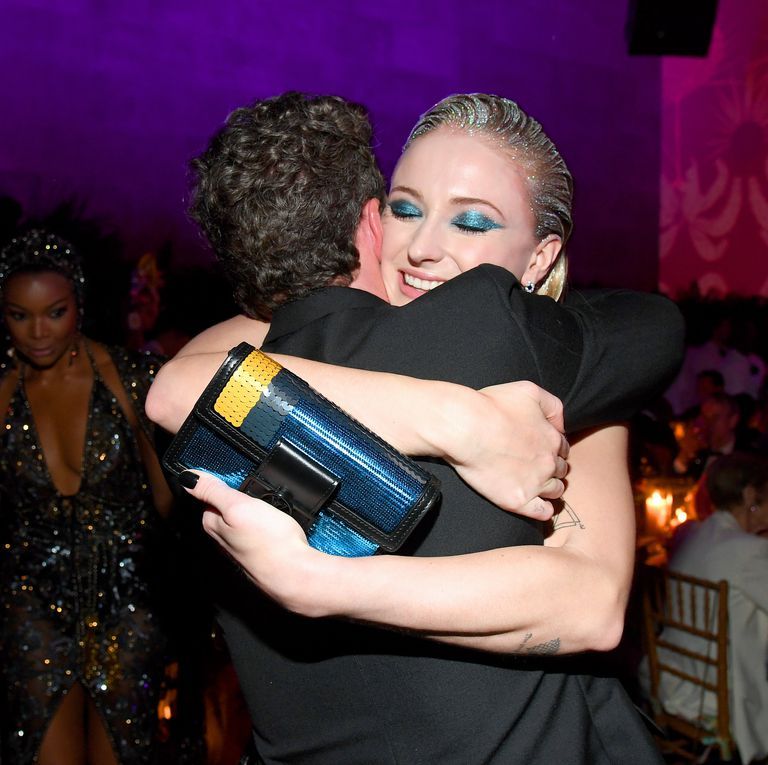 The joy on their faces is too much for my eyeballs to handle. I put on sunglasses but they can’t extinguish the emotion emanating through my laptop screen.

Though Madden’s Robb Stark died valiantly in GoT‘s red wedding six(!) years ago, he told ELLE in April that he remains close with his former cast mates, including Turner, Kit Harington, Gwendoline Christie, and Maisie Williams. He also has to warn them not to share spoilers so he can still enjoy the show. “It’s weird because they talk about Robb Stark, and I don’t associate myself with it anymore,” he told ELLE. “But then I remember, ‘Oh, that’s me, I played that part.’”

Madden’s kept busy since his Thrones days. He won a Golden Globe in January for his role in the Netflix phenomenon Bodyguard (yes, he played the bodyguard). Next up, he’ll star as Elton John’s former manager and lover John Reid opposite Taron Egerton in the John biopic Rocketman. Get tickets

Turner, of course,stars in the eighth and final season of Game of Thrones as Sansa Stark. Last week, she married Joe Jonas in an intimate Las Vegas ceremony, and the two made their red carpet debut as husband and wife in matching Louis Vuitton at the Met Gala.