Editors note: Deadline’s Read the Screenplay series debuts and celebrates the scripts of films that will be factors in this year’s movie awards race.

For Neon’s not-precisely-biographical Spencer, screenwriter Steven Knight and filmmaker Pablo Larraín assiduously wanted to avoid anything resembling a conventional biopic feel when exploring the suffocatingly cloistered and constantly scrutinized life of Princess Diana of Wales (played, in a bravura turn, by Kristen Stewart) over the course of the Christmas holiday weekend with her in-laws, England’s Royal Family, in 1991.

Instead, they were looking to craft an impressionistic, fable-like take on Diana’s discomfort in her regal role. In contrast to Larraín’s deep research dive into the seemingly never-ending accounts of the late princess’ relentlessly dissected existence, Knight took a different tack altogether.

“I didn’t watch any documentaries or read any books or watch any fiction,” Knight told Deadline at the recent Contenders Film: New York awards-season event, choosing instead to go directly to sources who were actually in Diana’s orbit during those troubling family gatherings. “I managed to get hold of people who were actually there for that weekend and managed to get true stories. And any writer will know that true stories are always more bizarre and strange and baffling than anything that you can make up.”

From those intimate accounts, Knight weaved together his fable, punctuated with fictionalized flourishes dreamed up by Larraín: she bristles at every attempt by her husband Charles (Jack Farthing) and his family to control her behavior; she deepens her bonds with her beloved sons; she’s haunted by another ill-fated royal bride, Anne Boleyn; and she grows alternately suspicious of the intentions and reliant upon the confidences of the royal servants (Sally Hawking, Timothy Spall and Sean Harris) attending her.

The resulting tale – which has become a frontrunner in this season’s award competitions after its Venice Film Festival premiere and November 5 opening – illustrates Diana’s abiding sense of isolation and alienation in mesmerizingly dreamlike terms that nevertheless feel utterly real, as Knight’s screenplay reveals. 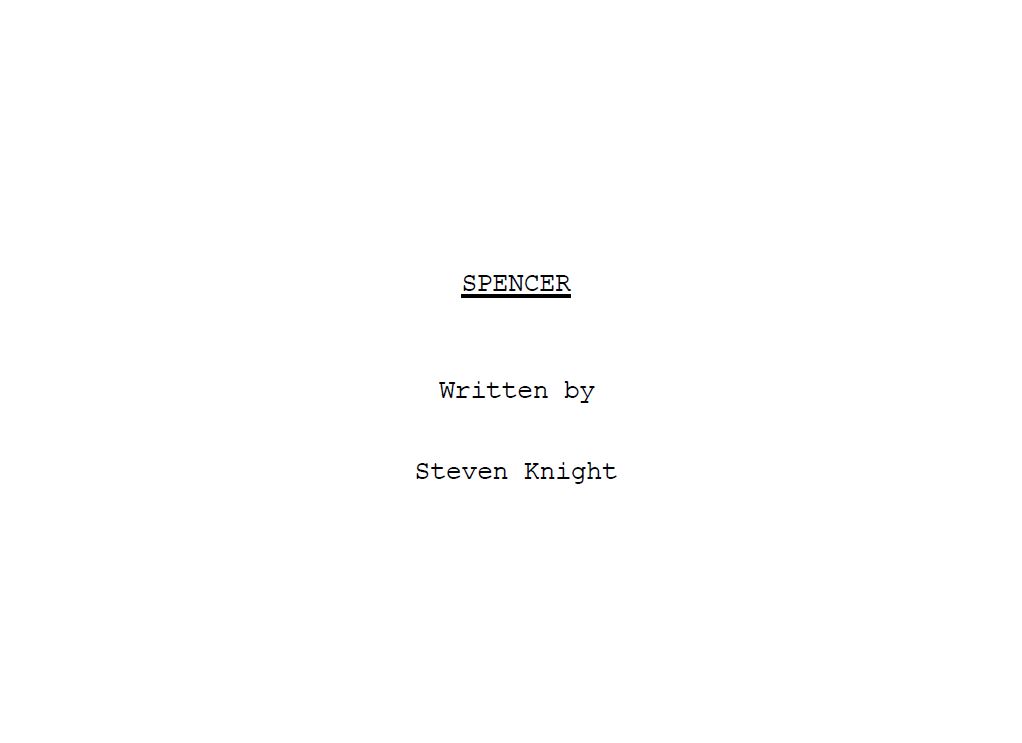 ‘West Side Story’ Opens To Lackluster $10M+, Will Spielberg Pic Be Holiday Sleeper?

Micky Dolenz Remembers His Monkees Bandmate, Who Died Today At 78

‘Over The Moon’: Read The Screenplay For The Empowerment Tale That Became The Late Audrey Wells’ Love Letter To Her Daughter