Steph McGovern took to Twitter this morning ahead of her new TV project airing next week. The former BBC Breakfast regular undoubtedly shocked her 389,000 followers as she spoke bluntly about what “featured heavily” in Wednesday’s instalment.

It’s been so bad that there’s been times I’ve had to leg it to the loo just before doing live television!

The 37-year-old was addressing her programme Easy Ways To Live Well, which she fronts with Hugh Fearnley-Whittingstall.

The mother-of-one offered an advance “warning” that BBC viewers might find out a little too much about her.

“Us trying out lots of unusual ways to improve our health with different families + communities.” 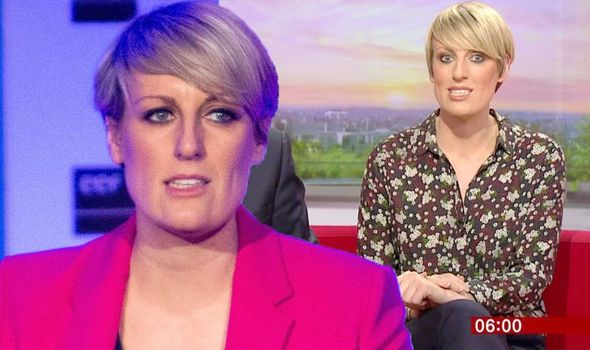 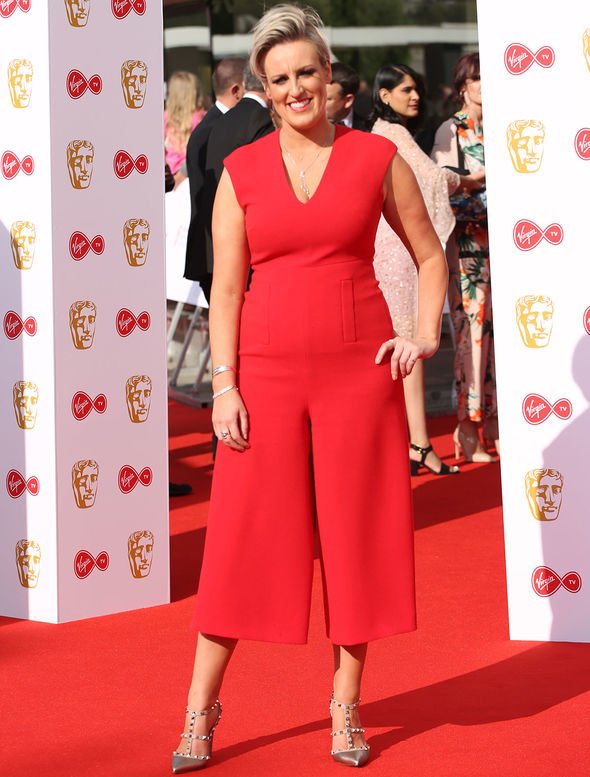 She then added: “Warning: My [poo] features heavily in ep1 – all in name of science #talkings**tagain.”

The show, over three episodes, will see the nation’s biggest health concerns put to the test.

Using the very latest scientific research, Hugh, 55, and Steph will reveal simple and smarter ways to tackle them.

She was soon inundated with replies, with one user stating: “Is it best not to be tucking into dinner during the show? Other than the [poo] notice, I’m looking forward to seeing the show with you both.” 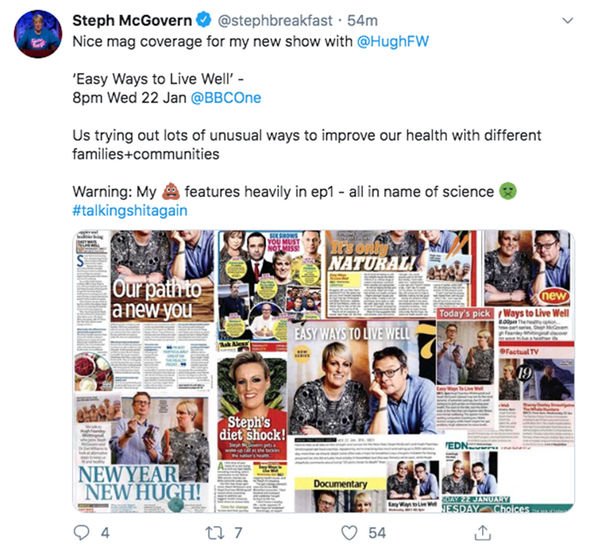 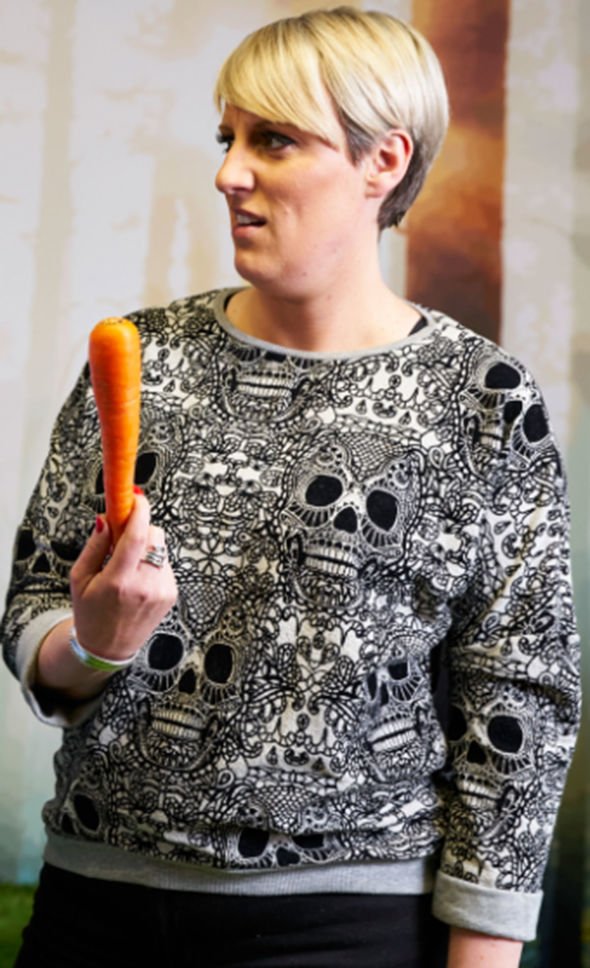 Two others continued: “Looking forward to this, have missed you on TV,” and: “Good to see you back on the screen.”

Steph also took the opportunity to promote another appearance of hers, this time on Would I Lie To You? tonight.

“So am I lying or telling the truth? Tonight 9pm @BBCOne,” she said, to caption a snap of her with host Rob Brydon, Richard Osman, Jennifer Saunders and Joe Sugg.

Meanwhile, it comes just days after Steph McGovern spoke out about a recurring health issue, saying she was embarrassed to talk about.

In a Q&A about the show, she revealed she had been suffering with “recurring tummy trouble” for a number of years.

She revealed: “It’s embarrassing to talk about but for years I’ve had recurring tummy trouble.

“It’s been so bad that there’s been times I’ve had to leg it to the loo just before doing live television!

“But I always thought it must be something I’m just allergic to and would have to live with.

Steph went on: “So I was very surprised to discover that my stomach problems could be sorted by doing something as simple as eating fermented foods or drinking kombucha.”

She went on to say filming for the series alongside Hugh had made her “more aware” of her own unhealthy habits.

Steph McGovern announced she was “raging” last week as she reacted to an unlikely email on Twitter.

Easy Ways To Live Well airs Wednesday at 8pm on BBC One.