Stephen Amell Wants 'Peace and Quiet,' Not Backing Down in Kennel Lawsuit 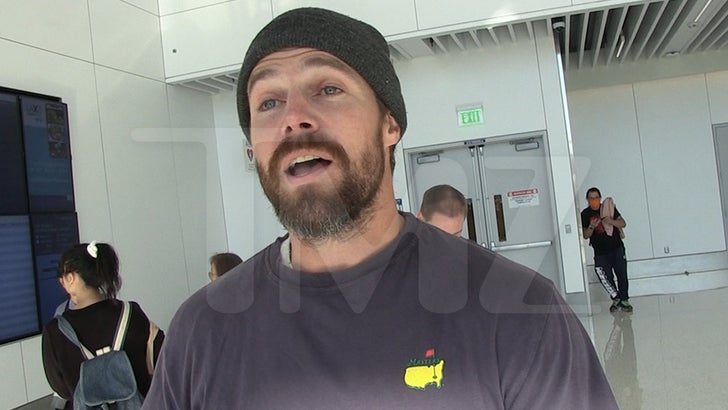 Stephen Amell is confident a judge will have his back after slapping his neighbors with a lawsuit over their kennel biz … saying he loves dogs, but his family needs some peace.

We got the “Arrow” star Thursday at LAX and he fired off, for the first time publicly, since filing suit. Stephen told us there are just some things you should not be able to do in a residential zone.

His point is there just have to be some limits, for the sake of residents, and in his eyes this is one.

As we reported, Stephen and his wife Cassandra took their neighbors Kristen Stavola and Jeremy Gardiner to court over their company called Rescues Rock Inc., claiming it’s an unpermitted animal adoption biz … one that’s super loud and super stinky!

He and his wife have already lost one battle in the suit — a judge denied the Amells’ request to shut down the rescue and move it from its current location, and Stephen didn’t take that well in court.

Despite this, he’s not backing down… telling us he’s pretty sure he and his wife are right and ultimately believes they’ll come out on top.

Stephen doubled down on the fact he tried to be neighborly and squash the beef before having a showdown in court — but that’s where it is now, and he’s still feeling good about his chances.