Suranne Jones, 40, has opened up about her character Anne Lister in the period drama Gentleman Jack where she plays “Britain’s first modern lesbian”. The actress reportedly revealed she worked with an intimacy coach, Ita O’Brien, to advise her on the sex scenes but admitted she was “nervous”. Speaking to The Mirror, the British actress divulged she wanted to approach the role sensitively. She told the publication: “I was quite nervous about the sex scenes we had to do, because I thought they should be approached as sensitively as they could be.

I was quite nervous about the sex scenes

“One of the great things she brought was an articulacy – we could talk about the scenes.”

The Doctor Foster star worked with sex co-ordinator Ita while filming the show’s sexually charged scenes in order to give them a greater degree of authenticity.

With the assistance of show writer Sally Wainwright, they were able to make the raunchy scenes as believable as possible.

She continued: ”She [Ita] just started talking about body parts and positions in a matter of fact way, which just liberated us all.

“As well as helping us sculpt the sex scenes, the positions, she’s also there to provide support to the artists.”

The show, which has aired on the US HBO’s network, is about Suranne’s character, 19th century landowner Anne, who began her love affair with Marianna Lawton (Lydia Leonard) who also features in the saucy scenes. 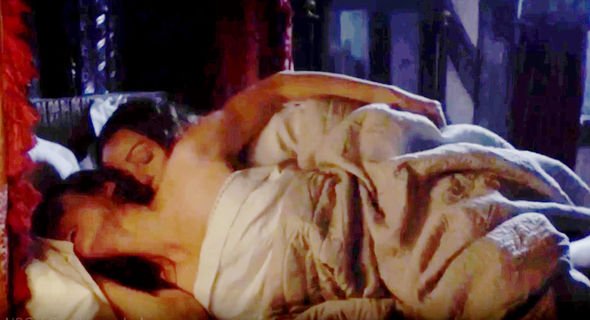 Based on a true story, the landowner has relationships with several women before meeting her great love, Anne Walker.

The drama focuses on her life in a time when homosexuality was considered a crime and a taboo.

This will be Suranne’s fourth time working with the show director Sally.

The former Coronation Street star recently spoke about their working relationship and admitted she found Sally’s storylines to be “fresh”, according to The Sun.

She told the publication: “I first worked with Sally 10 years ago and I remember the feeling of reading her scripts like it was yesterday.

“They were scripts for women; fresh, daring and bizarre in a wonderful, modern, fun, complex and challenging way.”

She continued: ”Now I once again get to speak the words of an almighty talent on a show I know she holds close to her heart.

“To have Sally direct me on this feels like I’ll finally get to work on a project with her where the connection will be immediate, exciting and new each day, and we can enjoy that amazing ride together!

“I’m thrilled to be back at the BBC with this role and to be joining the Lookout Point and HBO family.”

Gentleman Jack will air on BBC One later this month.