The Crown resumes filming one day after The Queen's death

Filming for award-winning Netflix series The Crown has resumed after being suspended for only one day following the death of Her Majesty The Queen.

The monarch passed away peacefully at Balmoral after Buckingham Palace announced she was ‘under medical supervision’ when doctors said they had become concerned for her health.

Actors were spotted on set at The Savoy Hotel in London on Sunday as filming for the sixth series continues. 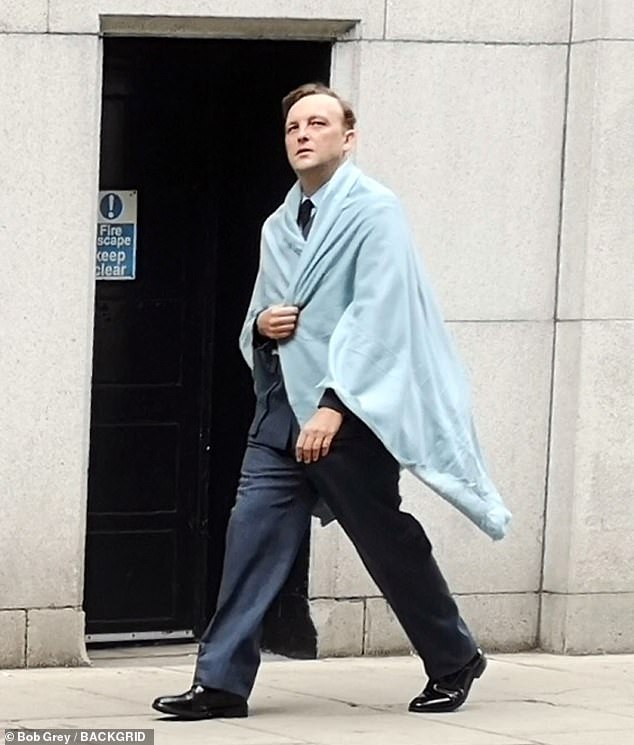 Back: Filming for award-winning Netflix series The Crown has resumed after being suspended for only one day following the death of Her Majesty The Queen

The two male actors looked dapper as they donned smart suits, with one wrapping a blue blanket around himself.

The road has been shut off to the public and several large trucks turned up with parts of the set inside.

As series five of the drama is due to air this autumn, filming for the sixth series is well underway with Elizabeth Debicki playing the late Princess of Wales and Imelda Staunton taking the role of the late Queen Elizabeth II.

However, SER Catalunya reported scenes that would cover Princess Diana’s death in August 1997 were being suspended. 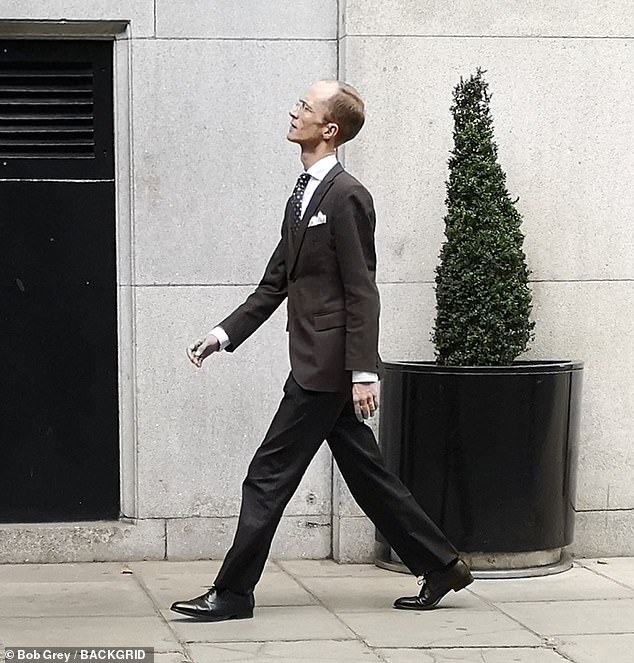 Dapper: Actors dressed in smart suits were spotted on set at The Savoy Hotel in London on Sunday as filming for the sixth series continues

The set, which had been built in a district of Barcelona, had been modified to resemble a Parisian street with French road signs.

A reporter for the outlet tweeted a video and photos of the set which looks completely empty.

The decision not to film comes as the Netflix show announced it will also suspend filming on the day of Her Majesty’s funeral. 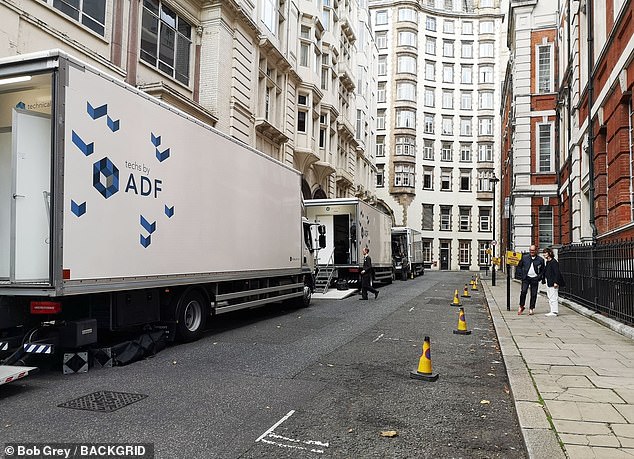 Filming: The road has been shut off to the public and several large trucks turned up with parts of the set inside

A Netflix spokesperson said: ‘As a mark of respect, filming on The Crown was suspended today. Filming will also be suspended on the day of Her Majesty The Queen’s funeral.’

Filming was due to start in Majorca next week and run to late October following casting for extras for the forthcoming series – but plans changed after news of the Queen’s death broke.

Netflix had reportedly devised a plan, also named Operation London Bridge like the official funeral plan for the Queen, to outline what the production company for The Crown would do in the event of her passing. 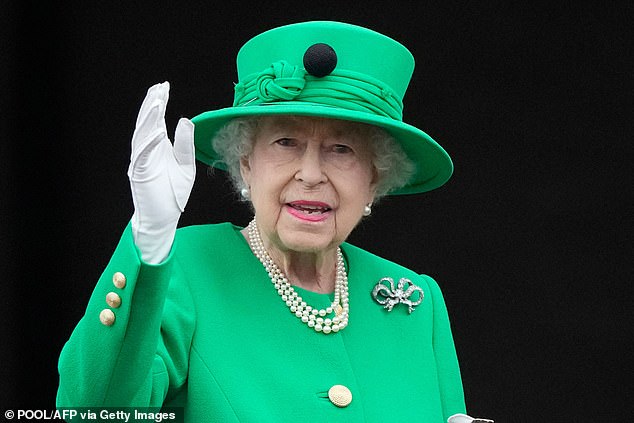 Tribute: The Queen’s death was confirmed at 6.30pm on Thursday, with a Buckingham Palace spokesman saying: ‘The Queen died peacefully at Balmoral this afternoon’ (pictured in June)

One of the show’s creators Stephen Daldry said when the show first premiered in 2016 the cast would likely stop production, saying: ‘It would be a simple tribute and a mark of respect. She’s a global figure and it’s what we should do.’

Peter Morgan, writer of the drama, was quoted after news of the Queen’s death was confirmed late yesterday/on Thursday as saying: ‘The Crown is a love letter to her and I’ve nothing to add for now, just silence and respect. I expect we will stop filming out of respect too.’

Locations in Palma and Andratx are said to have been considered for the sixth series, which will cover the romance of Charles and Camilla and William’s university studies.

Part of season five of the popular series was shot on the Balearic island last year, with Sant Elm beach on the west coast and the Port of Soller among the locations where filming took place. 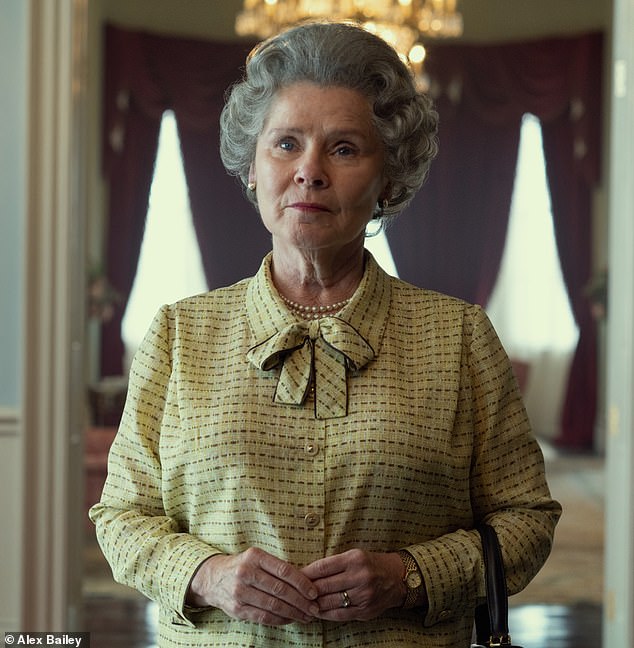 Role: Imelda Staunton will be taking on the role of the late Queen Elizabeth II in series five and six of The Crown, following on from Olivia Colman