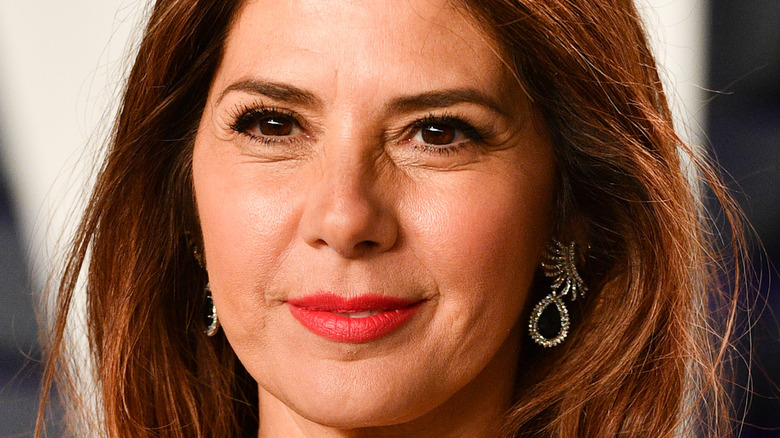 Marisa Tomei is definitely a rarity in Hollywood. She keeps a low profile, is barely the subject of a gossip-rich scandal, and just keeps on working. However, that doesn’t mean she has no life. In fact, the Oscar-winning actress has had quite an active love life through her decades in the spotlight, dating fellow celebrities and even some very famous co-stars.

Tomei was born on December 4, 1964, in Brooklyn, NY and got her big break on the CBS soap opera, “As the World Turns.” She eventually spent one season in primetime on “The Cosby Show” spin-off, “A Different World.” By 1992, she landed her biggest role in the hit Joe Pesci comedy “My Cousin Vinny,” for which she famously won an Academy Award for Outstanding Supporting Actress for playing a fast-talking New Yorker (via Biography). Soon after, her public Hollywood dating history began — a history that never resulted in marriage.

Marisa Tomei keeps a low dating profile in the 1990s 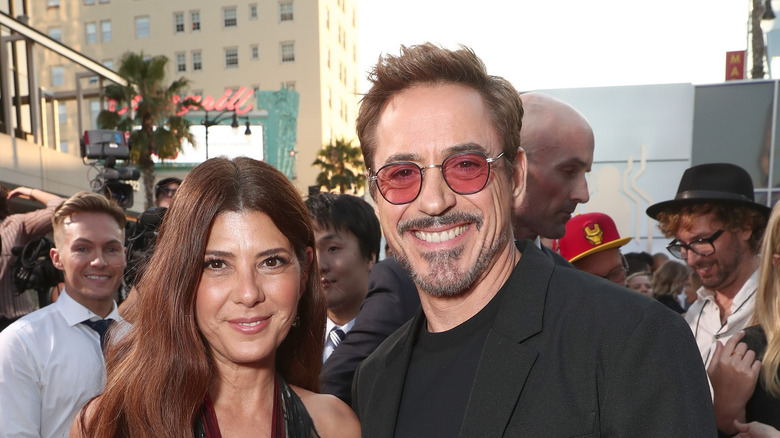 While filming the flick “Only You”, Marisa Tomei met Robert Downey Jr, her love interest in the movie (via IMDb). The two dated briefly in 1994, but called it quits quite fast, according to Ranker.com. Years later, the pair would appear on screen together again, but this time they weren’t love interests. Tomei landed the role of Aunt May, Peter Parker’s aunt in Marvel’s “Spider-Man” movies. Downey famously played Tony Stark in the “Avengers” movie franchise, of which the “Spider-Man” movies are a part. They appeared in several “Avengers” movies together, including “Captain America,” “Spider-Man: Far From Home,” and “Avengers: End Game” (via IMDb).

In 1999, Tomei began dating actor Dana Ashbrook, but that romance was also short-lived. Ashbrook is known for the ’90s hit TV series, “Twin Peaks,” according to Ranker. It was several years until Tomei began dating again — or at least until another relationship became public knowledge. 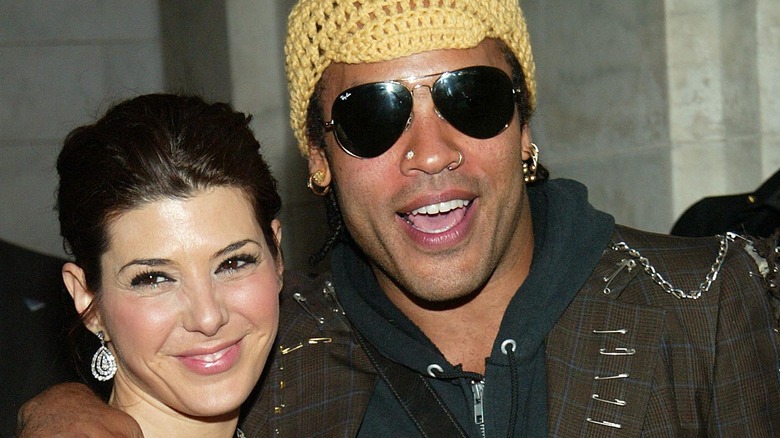 Although Who’s Dated Who and Ranker report that Marisa Tomei dated television writer Frank Pugliese from 2001-2004, she was also rumored to be dating others during that time period, including singer Lenny Kravitz and yet another co-star, Christian Slater. Tomei appeared with Slater in the film “Untamed Heart” and rumor has it they had a romance off-screen, as well.

In 2006, Tomei began dating director Nicholas Carpenter, but that relationship also wasn’t a success and they broke up in 2008. Next came actor Logan Marshall-Green, whom she dated on a more long term basis from 2008-2012, according to Who’s Dated Who. Green also appeared in the movie “Spider-Man: Homecoming” with Tomei (via IMDB).

In 2014. Tomei briefly dated actor Josh Radnor, who starred in the sitcom “How I Met Your Mother” (via Ranker). Tomei’s last known relationship was in 2019 when Heavy reported she was dating playwright Marco Calvani.