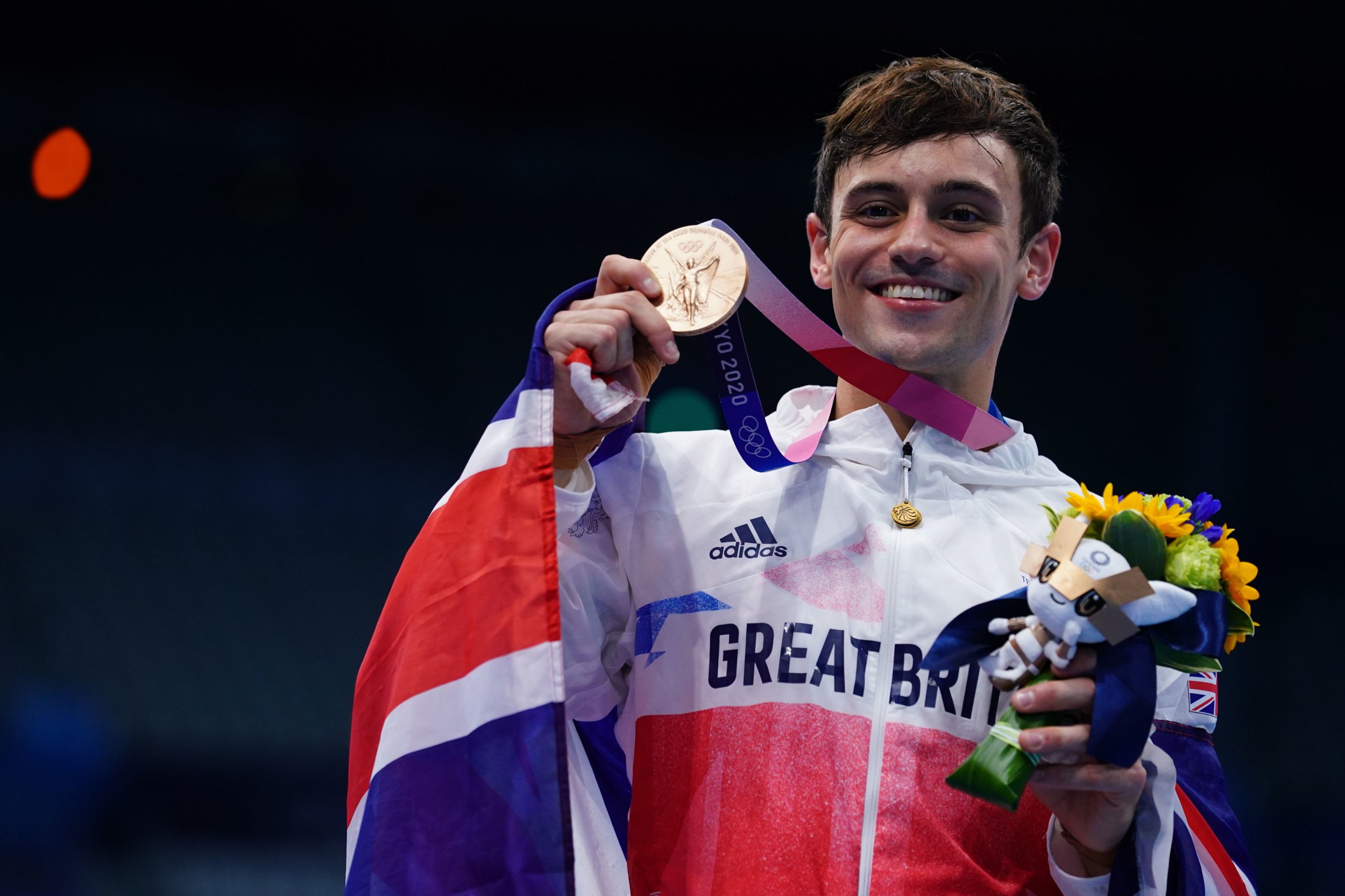 The diver, 27, has now revealed the extent of his ‘terrifying’ ordeal that had him rushed to hospital and fearful for his life.

The gold medallist decided to open up about his experience with the virus for the first time in his new book, Coming Up for Air: What I Learned from Sport.

Tom wrote about quizzing his husband, 47-year-old screenwriter Dustin Lance Black, on whether he’d know what to do if Tom ‘stopped breathing’ during the night.

Recalling his struggles to breathe, he shared: ‘My lungs felt pressurised, as if they had sacks of rice around them. I needed to get to that test centre and find out. I walked there very, very slowly, diligently avoiding everyone I could.’

The diver received his positive test result eight hours later, by which point he felt like he’d been hit ‘by a steamroller’ and feared he ‘might die.’

Panic really started to settle in when his husband, who had a history of lung problems, started showing symptoms.

The pair worried about what would happen to their three-year-old son, Robbie, if they were both ill and unable to take care of him.

Tom added in an excerpt obtained by The Times: ‘Lance then started feeling sick. He was terrified of Covid, due to suffering with his lungs in the past. We were really worried about what would happen if we were both ill and couldn’t look after Robbie. I started to feel better for a few days, but then my cough got worse again.’

The sports star’s condition deteriorated as he later felt as though his head had a ‘vice tightening’ around it.

Tom called 111 and was rushed to hospital by ambulance.

He spent 10 hours there having blood tests and x-rays, and was given oxygen after feeling like his levels were dropping.

He was eventually sent home, but explained he was well aware of the severity of his situation and had visions of dying from the illness.

‘I understood how quickly things could potentially go downhill. I had flashes of fear about whether I would be put on a ventilator, and my time being up. I was really terrified,’ he shared.

It was three days after his discharge from hospital when Tom started ‘making progress,’ and he felt an ‘overwhelming sense of relief’ once he recovered.

Tom’s Covid battle came seven months before he competed in the Tokyo Olympics, where he won a gold medal in the men’s synchronised 10m diving event alongside Matty Lee.

Since the Games, the diver has become quite the influencer in the world of crochet, after being spotted on numerous occasions knitting in the audience by the pool.

Continuing to pursue his passion upon his return home, Tom most recently made the JW Anderson patchwork cardigan, famously worn by Harry Styles.

He shared his colourful creation on his Instagram page dedicated to all things knitting and crochet – madewithlovebytomdaley – which boasts an impressive 1.4m followers.

Posing shirtless and flashing a peace sign in a proud mirror selfie, he shared that he ‘finally’ finished his latest craft project, but it was ‘so fun’ to make.

The Watermelon Sugar hitmaker, 27, wore the original £1,161 JW Anderson knit when rehearsing for the Today show in February last year.

The cardi was so popular, the designer made the pattern public for fans to recreate their own.