Travis Barker’s ex-wife Shanna Moakler is reportedly not thrilled with how her former spouse is behaving in public with his new girlfriend Kourtney Kardashian.

A source told People magazine, “Shanna’s moved on from Travis, but it’s been hurtful that everything he’s doing for Kourtney he did before for her, like the plane flying overhead, the flowers. It’s all exactly the same.”

“Shanna and Travis are cordial with each other and are friendly — they have a long history together,” the source described. “Again she’s moved on from Travis and has her own boyfriend and life, but this is just hurtful to her.”

Over the weekend, Barker, 45, celebrated Kourtney Kardashian’s 42nd birthday with a trip to Laguna Beach, Cali. and hired an airplane to fly a sky banner that read, “Happy Birthday Kourtney.” He also sent her a massive floral arrangement. 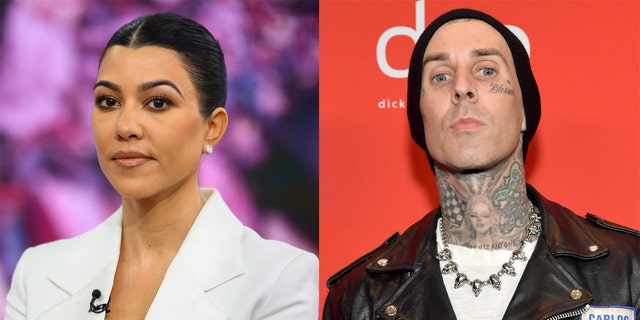 Barker also posted a birthday message to the Poosh founder on social media. “I F**KING LOVE YOU! 🖤YOU’RE A BLESSING TO THIS WORLD HAPPY BIRTHDAY @kourtneykardash,” he captioned a photo of them kissing.

In early April, the rocker also professed his love by getting Kardashian’s first name tattooed on his body.

Barker and Kardashian made their relationship official on Valentine’s Day when they posted a photo of their hands embracing.