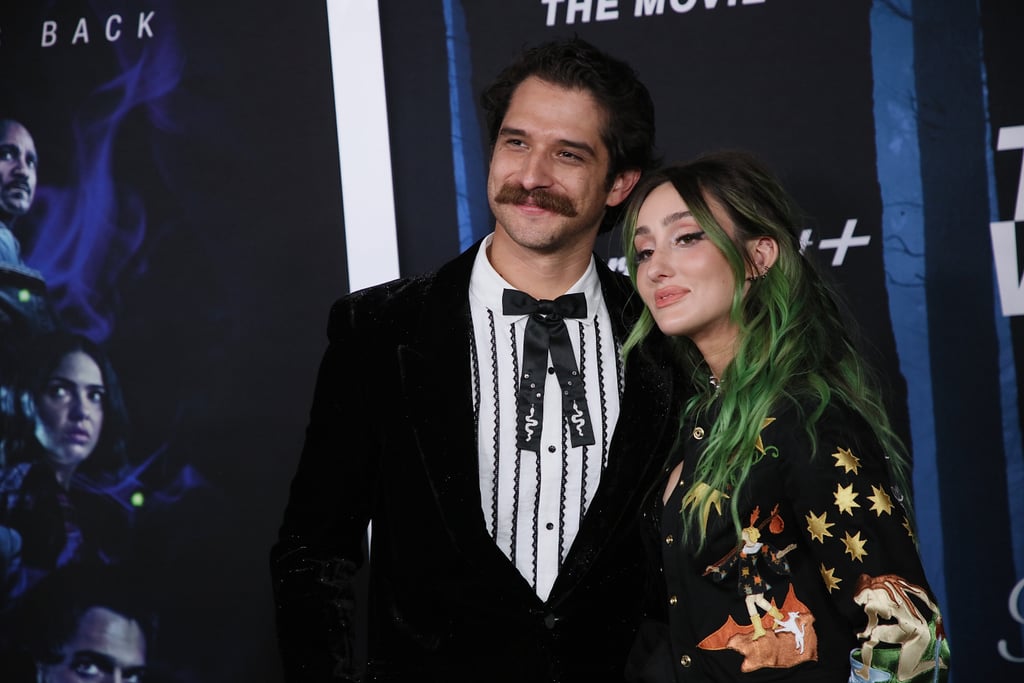 Tyler Posey and girlfriend Phem just hit a big relationship milestone. The couple attended the “Teen Wolf: The Movie” premiere in Los Angeles on Jan. 18, marking their first time walking the red carpet together since they started dating two years ago. Posey, who’s reprising his role as Scott McCall in the forthcoming film, looked dapper in a black velvet suit and striped button-down, while Phem subtly coordinated in a patterned jacket, lace crop top, and black pants. The two shared a few sweet kisses while posing for the cameras.

Posey also enjoyed the premiere with younger brother Jesse and dad John, both of whom appear in “Teen Wolf: The Movie.” The rest of the cast were in attendance to celebrate the Paramount+ film’s Jan. 26 release, including “Teen Wolf” alums like Crystal Reed, Colton Haynes, Holland Roden, and Ian Bowen, as well as newcomers Amy Lin Workman and Vince Mattis.

Posey and Phem, an alt-rock singer, have been romantically linked since February 2021. The musically talented duo have collaborated on several songs throughout their relationship, including Posey’s first solo single, “Shut Up,” which also features Travis Barker. In July 2021, Posey opened up to NME about how Phem has helped him understand his sexuality. “I’ve been with everybody under the sun, and right now I’m in the best relationship that I’ve ever been in with a woman, and she’s queer too,” he told the outlet. “She’s helped me realize that I fit under the queer umbrella and that I’m sexually fluid.”

Read ahead for all the sweet photos of Posey hanging with Phem and his family at the “Teen Wolf: The Movie” premiere.

Metallica Announce '72 Seasons' Global Premiere At Theaters Around The World