Katie Maloney is one of the remaining OG stars on Vanderpump Rules. The entrepreneur and former waitress has lived her life in front of the camera since 2013 when the show made its debut on Bravo. Over the course of her time on the reality series, she has shared her journey with her weight. Many viewers empathize with her and after co-star Raquel Leviss shared a photo, some people called out the latter but Maloney is pushing back.

Maloney recently celebrated her birthday and many of her Vanderpump Rules co-stars congratulated her. Among the Bravo stars that shared a celebratory message was Leviss who had wonderful wishes for Maloney. However, the photo that Leviss used of both of them was deemed “unflattering” to Maloney by some fans and many thought the former was shading her.

Now Maloney is responding with a powerful message and pushing back that Leviss shared that photo with an ulterior motive.

“I wanted to post this photo that Raquel had posted on her story the other night, wishing me a happy birthday,” Maloney started. “Now it was alerted to her that this was ‘mean’ and to me that I should be ‘pi–ed.’ Neither of those things are true.”

Maloney explained that her issue is that some assumed that it was an “unflattering photo” of her, she would agree and be angry at Leviss.

“When I saw this I was like, ‘omg I look really happy, like that is a genuine smile right there,’” she continued. “I’m not blind, I can clearly see the expression I’m making has given me about 12 chins. I have been hearing now for too long that I should be ashamed of my body, calling out weight gain, weight loss, that I need to dress for my body.”

Maloney said that people criticizing her for the “unflattering bits” or “bad angles” of her photos really messed with her emotions and she didn’t want to take photos anymore. At one point she said she was worried “about more judgment and criticism from people.”

“Being able to look at the photo and not feel shame and only happiness because I look so happy here is really showing me that the work I have been doing is improving my self-image. Self-hate/criticism is more damaging than that of others. So really be kinder to yourself, it’s not easy some days, I have good and bad, but I’m working at it,” she ended.

Vanderpump Rules Season 9 saw some of the biggest characters on the show missing after the exits of Stassi Schroeder and Kristen Doute. The latter two admitted to being insensitive to former co-star Faith Stowers, the only person of color on the show. Bravo ended up firing Schroeder and Doute and Maloney was left without her core friends. The reality TV personality said she would want them back on the show in the future.

Maloney admitted that she would “selfishly” want her two friends to come back and remained optimistic that they would return in the future.

“Never say never,” she added. “I don’t even know how the future of the show [looks]. I hope the show keeps going on forever and ever and ever, so if that’s the case, then who knows? Probably.” 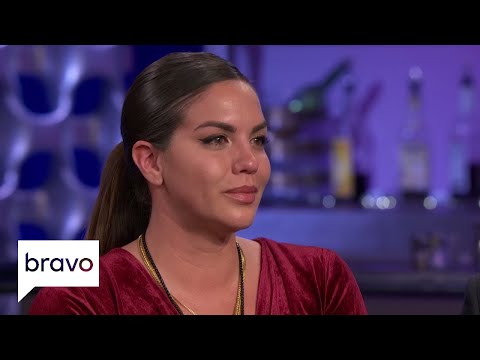