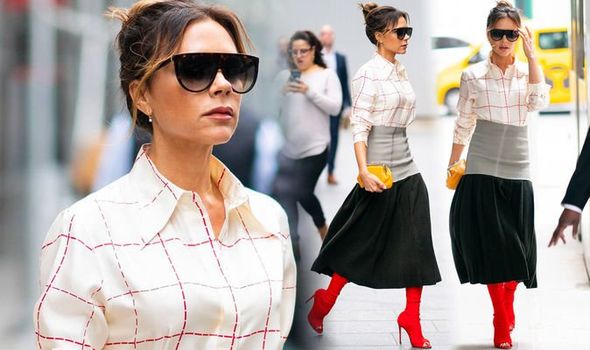 Victoria Beckham, 45, cut a stylish figure when she stepped out in New York yesterday, a long way from her famous spouse.

The fashion designer was photographed in the Tribeca district of the city while her husband David Beckham, 44, was in a UK court for using his mobile phone while driving.

Former Spice Girl Victoria, wore a red and white checked shirt with a high-waisted grey and black midi-length skirt which she teamed with a vibrant pair of bright red peep-toe boots.

She swept her hair up into a high top knot with soft tendrils framing her face and added a slick of pink lipgloss for her outing.

Victoria finished off her chic look with a dark sunglasses and a small yellow purse which she carried in her hands.

Meanwhile, across the Atlantic Ocean, her husband of almost 20 years was pictured at Bromley Magistrates Court in south east London.

Former footballer David wore a smart dark grey suit for his court appearance and pleaded guilty to using the device while driving his Bentley in November.

He was given a six-month driving ban and six points on his licence at the hearing.

Although many miles away from each other, the Beckham family were all together last week to celebrate David’s birthday.

Following a cosy family meal, the married couple put on a united front and took to their social media accounts to share some images from the intimate family gathering. 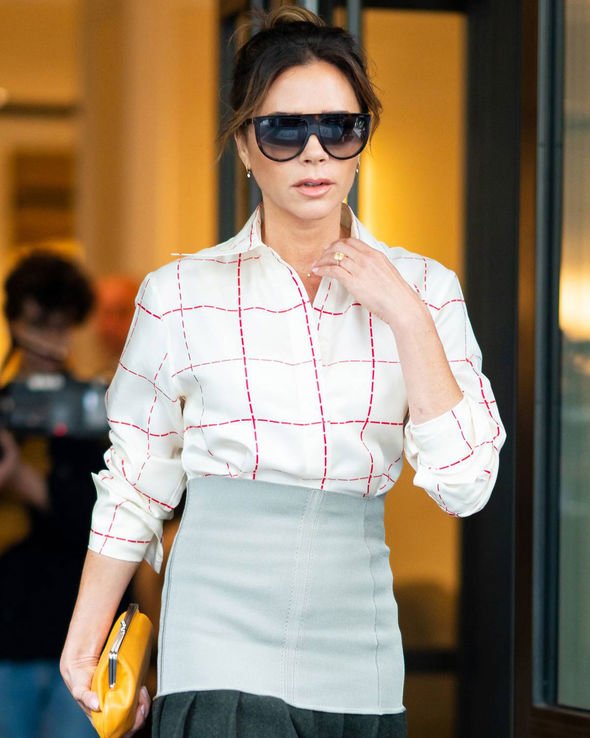 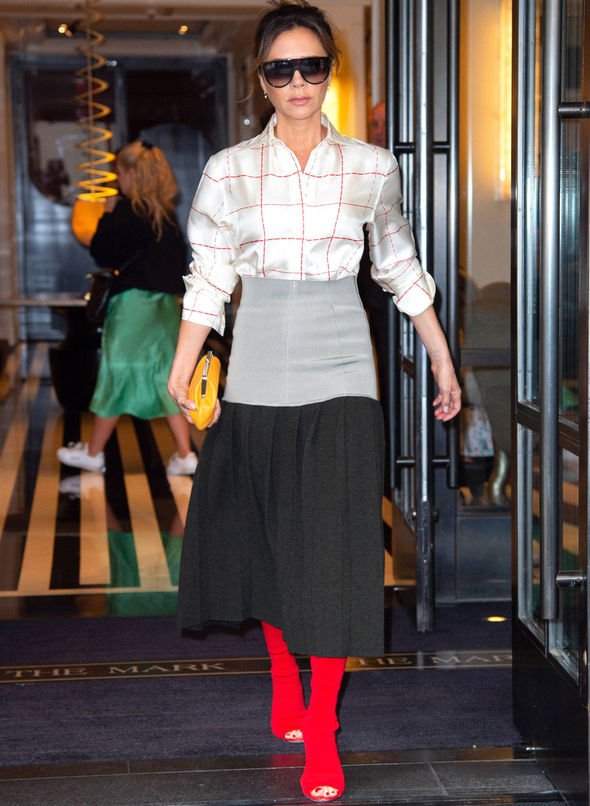 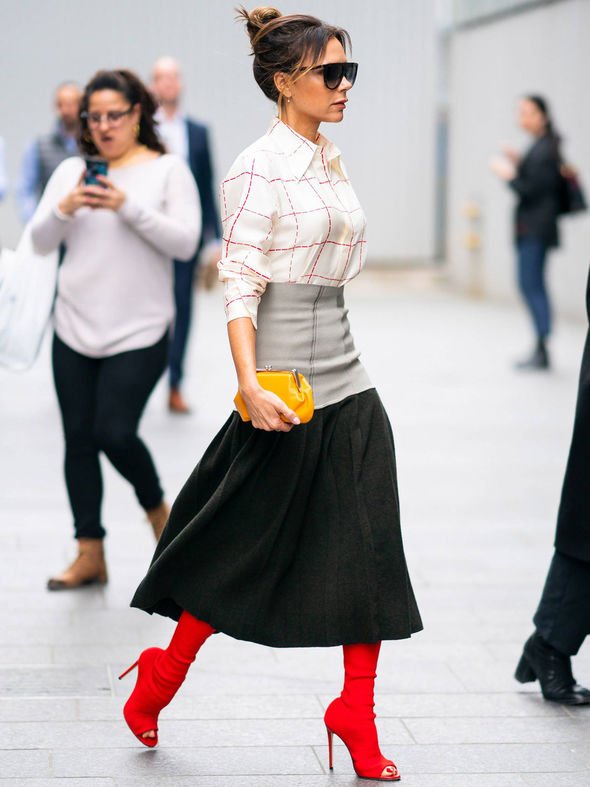 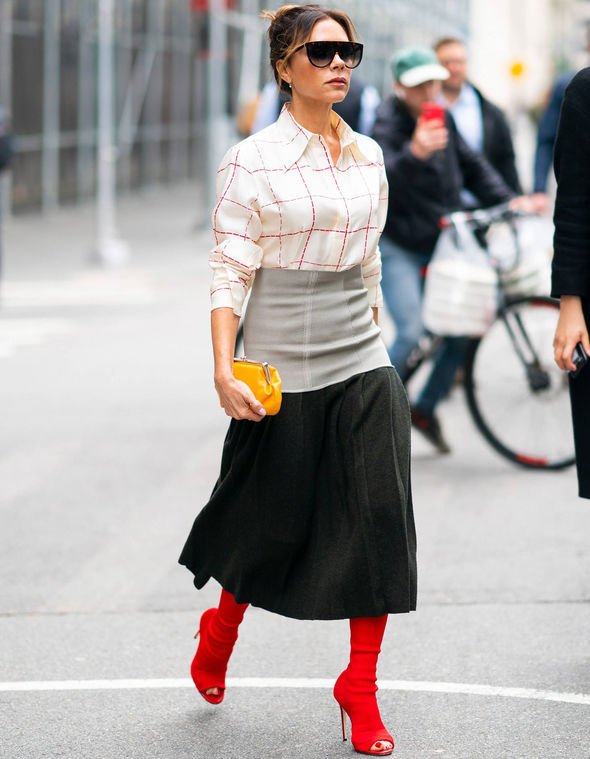 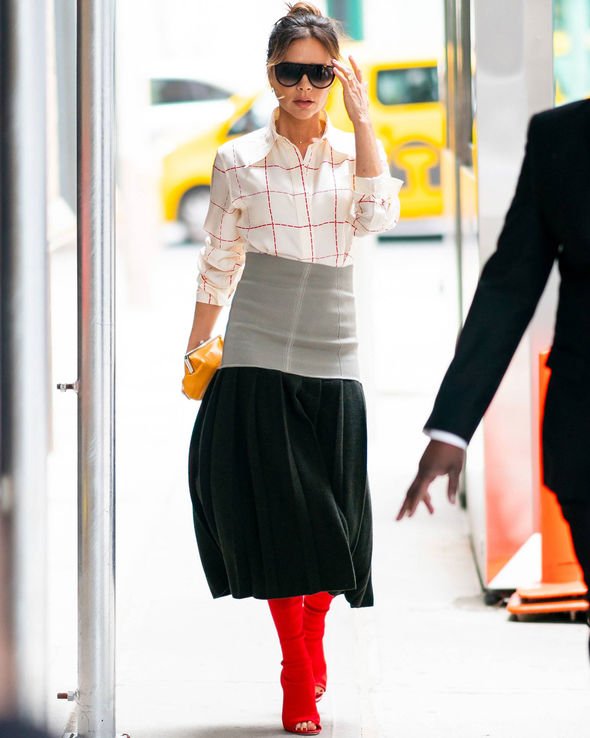 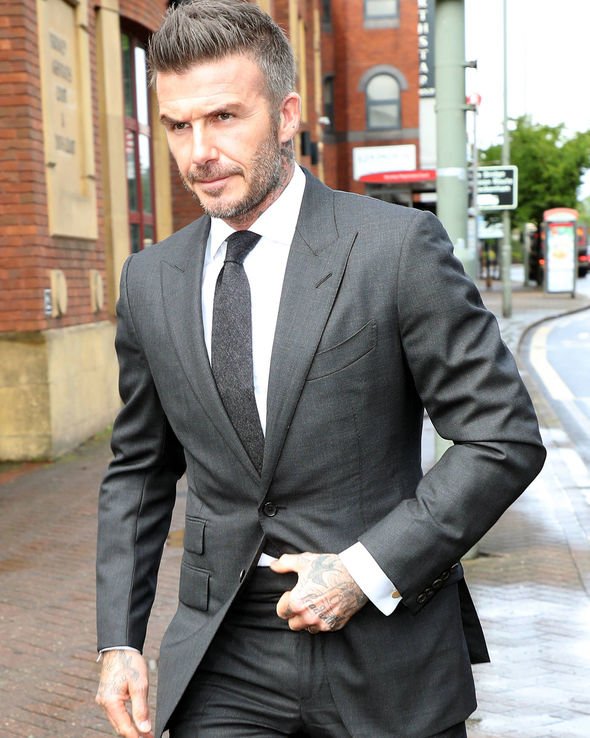