Angelina Jolie has been a Hollywood superstar since she was a teenager – and these days, Jolie is known as much for her large brood of children as for her acting. Jolie started her family well before she met Brad Pitt, adopting her son Maddox in 2002. Once Pitt and Jolie got together, the two expanded their family together, eventually welcoming five more children. 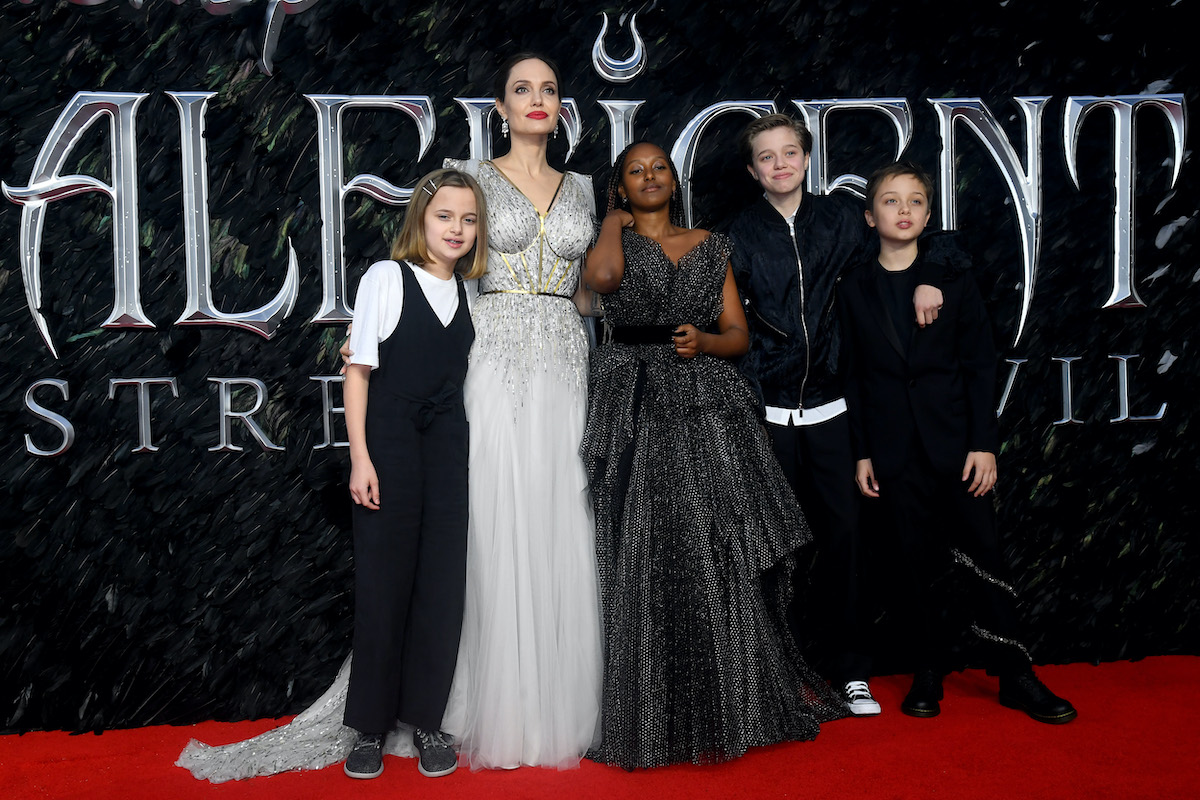 In 2008, Jolie gave birth to twins, in a media event that made waves around the world. The twins have remained mostly out of the spotlight, but in Jolie’s 2014 film Maleficent, fans got a good look at young Vivienne Jolie-Pitt. The young girl had a small role in the film, and as Jolie revealed in a 2014 interview, her daughter was clearly the only one for the job.

Who did Vivienne Jolie-Pitt play in ‘Maleficent’?

Maleficent is a loose retelling of the classic Sleeping Beauty fairytale. With Jolie as the title character, Maleficent, the dark fairy, the movie tells the classic story from a new perspective, giving more context to the role of Maleficent in Aurora’s life.

In addition to Jolie, the movie stars Elle Fanning, Imelda Staunton, and Juno Temple. While Fanning portrayed the character of Aurora as a teenager, there’s also a scene featuring a toddler Aurora. Vivienne Jolie-Pitt played Aurora in this scene, sharing a sweet moment with Maleficent, as played by her mother.

What did Angelina Jolie say about working with her daughter in ‘Maleficent’?

In a 2014 interview with Entertainment Weekly, Jolie opened up about why she allowed her daughter to appear in Maleficent. As reported by Vanity Fair, Jolie said:

“… we think it’s fun for our kids to have cameos and join us on set, but not to be actors. That’s not our goal, for Brad and I, at all. But the other three- and four-year-old [performers] wouldn’t come near me. It had to be a child that liked me and wasn’t afraid of my horns and my eyes and my claws. So it had to be Viv.”

Five-year-old Vivienne played the role of young Aurora to perfection, following Maleficent around and smiling at her – with no evident fear of her terrifying costume. However, Jolie’s other children were more apprehensive. As Jolie told Entertainment Weekly:

“When Pax saw me for the first time, he ran away and got upset—and I thought he was kidding, so I was pretending to chase him until I actually found him crying.”

Ultimately, Jolie’s kids were able to overcome their fear of the costume, with both Pax and Jolie’s eldest daughter, Zahara Jolie-Pitt, landing small cameos in the finished film.

When was Vivienne Jolie-Pitt born?

In early 2008, Jolie confirmed that she and her partner, Brad Pitt, were expecting twins. While Jolie continued to work and promote her projects for several months, by July of that year, the actor had retired to a hospital in France to await the arrival of her babies. On July 12, the twins, a boy named Knox Léon Jolie-Pitt and a girl named Vivienne Marcheline Jolie-Pitt, were born within one minute of each other.

While Jolie and Pitt opted to share photos of their newborn twins, the celebrity couple chose to keep their children away from the spotlight as much as possible. Over the years that followed the twins’ arrival, fans got very few glimpses of Knox and Vivienne Jolie-Pitt. However, when Jolie’s 2014 film Maleficent was released, moviegoers got the unique opportunity to see little Vivienne in a small role.