Meghan Markle and her father, Thomas, are not exactly warm and fuzzy with one another. Back in 2018, just before her wedding to Prince Harry, Thomas teamed up with British paparazzi to stage photos of him getting ready to walk his daughter down the aisle. The photos of Thomas doing things like getting a suit measured and lifting weights to get into shape were then sold for upwards of 100,000 British pounds, according to the Daily Mail.

Thomas suffered a heart attack shortly before the wedding and ended up not being able to attend. Since then, he hasn’t said much publicly. But now, in the wake of the birth of his second grandchild, Lilibet Diana, Thomas is speaking to the press once again, this time in a sit-down interview with the Australian “60 Minutes” (via the Daily Mail).

In the interview, Thomas did not sugarcoat his feelings toward his daughter and her husband. What he said about them may surprise you. 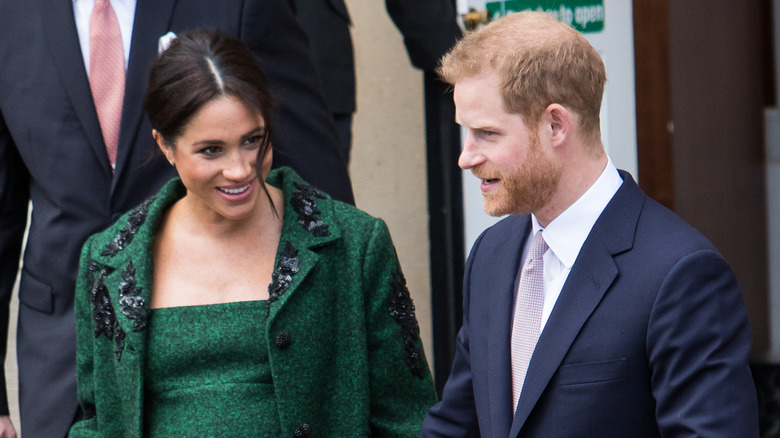 In the bombshell interview, Thomas Markle expressed concern that he may never meet his grandchildren. “On July 18, I’ll be 77 years old. Most of the Markle men don’t make it much past 80,” he said (via the Daily Mail). “I might never see my grandchildren. I’m not looking for pity. I’m just saying that’s a reality.” He went on to criticize both Meghan Markle and Prince Harry, accusing them of “ghosting their families completely.” He expressed his confusion, saying, “I don’t know anybody that’s this cold to do this, and now Meghan’s doing it to me and Harry’s doing it to his father. That’s a cold thing to do and it’s even more cold to do it to the queen, who is in her nineties.”

Thomas also revealed in the interview that he and Meghan have not spoken since two days before her 2018 wedding. “Of course it hurts,” he said. “There are axe murderers in prison and their family comes to see them. I’m not an axe murderer.” He continued, “I made one dumb mistake and I’ve been punished for it. This show they’ve been on, they talk about compassion, there’s no compassion for me, no compassion for my family, and no compassion for the world.”

Thomas insisted that he still loves Meghan, though he has “no idea” if she feels the same way. “I’m not bitter, I’m confused. I just don’t have the answer,” he said. “I want an answer.”