Will Smith hit back at speculation that Jada Pinkett Smith was behind his decision to slap Chris Rock at this year’s Oscars.

The King Richard actor issued a lengthy apology regarding the incident earlier today, explaining that his actions were unacceptable.

The 53-year-old left the world reeling when he stormed on stage at the star-studded ceremony in March, following a joke the comedian made about his wife’s hair, in which he compared her buzzcut to GI Jane.

Jada has been open about her struggles with alopecia and appeared unimpressed at the quip, rolling her eyes in front of the camera.

Moments later, Will confronted the Everybody Hates Chris actor and hit him, warning him to ‘keep her name out of his mouth’.

The Fresh Prince of Bel Air lead – who was later banned from the Oscars for a decade – has now issued a lengthy apology in a new YouTube video, and took a moment to clear up rumors about what happened. 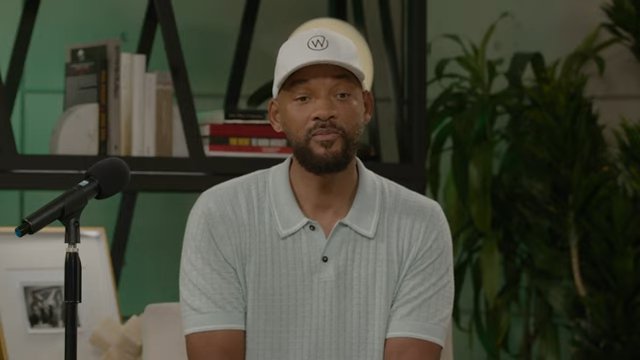 In the clip, he addressed the question: ‘After Jada rolled her eyes, did she tell you to do something?,’ and said that this could not be further from the truth.

‘No. I made a choice on my own, from my own experiences, from my history with Chris,’ he insisted. ‘Jada had nothing to do with it. I’m sorry babe.

‘I want to say sorry to my kids and my family for the heat that I brought on all of us.

‘To all my fellow nominees. This is a community, I won because you voted for me. It really breaks my heart to have stolen and tarnished your moment.

Will also apologized directly to Chris, revealing that he had reached out to his fellow actor but had not yet received a positive response.