When two new celebrity friends hang out, it does seem to cause a stir online. Especially if the two people are pretty well-loved. That’s exactly what happened when Willow Smith posted a picture of Euphoria’s Hunter Schafer on Instagram. And TikTok reacted accordingly. 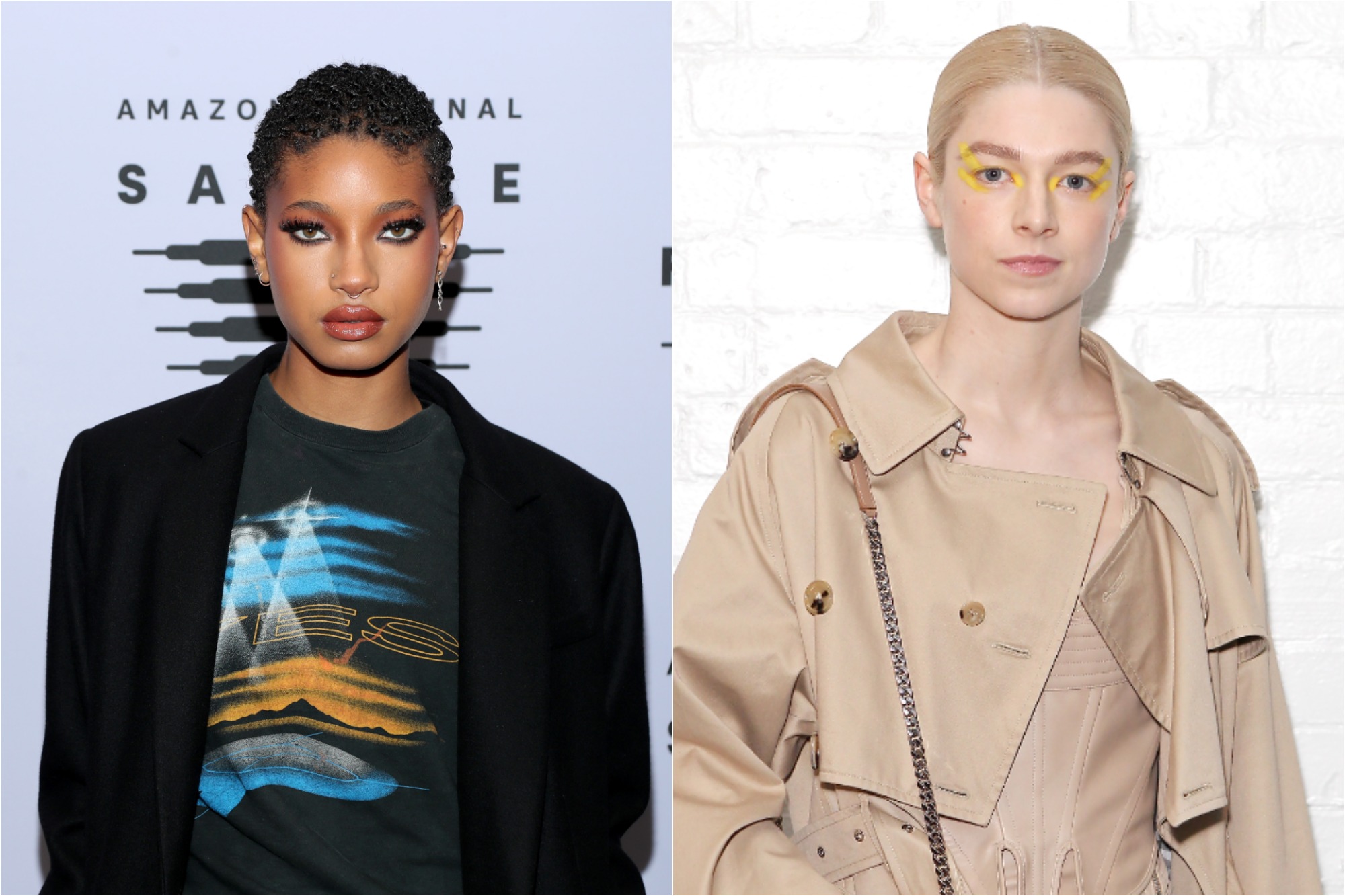 On Oct. 26, Willow posted a picture of Schafer on her Instagram account. There’s a gorgeous sunset in the background and Schafer is drawing or painting on the ground. The top Instagram comments are all freaking out that the two even know each other, let alone vibing at sunset. And then there’s TikTok.

User @rcoveringhetero posted the image in a TikTok that now has over 204,000 likes and over 2,700 comments. The sound used over the video was Billy Eichner’s now-iconic “Here we go lesbians” segment from Billy On The Street. The caption to the video is “can u imagine a world,” possibly insinuating a world where the two celebrities might be together.

And the comments are very jazzed about it as well. User @edencox97 commented, “this is too powerful” and @carlotaaat wrote, “they would be the prettiest couple in tve history PERIODT.”

TikTok user @zoejaneroberts wrote, “oh to draw at sunset with hunter schafer.” And @shelbybstrd asked the big question: “omg wait what if she’s in season 2 of euphoria.”

Considering this wasn’t on set of Euphoria, from what you can tell from the image, that’s not what this image means. But it is a fun thought to think about. Willow fits the vibe of the HBO show. Zendaya is currently in Atlanta, GA filming the third Marvel Cinematic Universe Spider-Man film, but who knows.

The comments about dating are really just a wish

Again, you can’t conclude anything from a hangout. The caption was just “<>” which doesn’t add to the speculation. But fans love this new friendship regardless.

Schafer hasn’t been very public about her relationships, but a Reddit post from a year ago posted that she was dating model Massima Desire. The fans on that post also think they’re not together anymore.

Willow is also private about who she dates. She’s very open when it comes to her mother’s Facebook Watch show Red Table Talk, where Willow contributes to honest conversations. But for her own life, her partners aren’t public knowledge. However, it seems like she’s dating Tyler Cole. He actually came on the show to talk about voting recently, too.

Willow Smith is open about her sexuality and polyamory

Again, even though Willow doesn’t share her private life, outside of being active on her social media, she is open about her sexuality and polyamory.

“I love men and women equally, and so I would definitely want one man, one woman. I feel like I could be polyfidelitous with those two people,” Willow said on Red Table Talk, according to TeenVogue, in June 2019. “I’m not the kind of person that is constantly looking for new sexual experiences. I focus a lot on the emotional connection and I feel like if I were to find two people of different genders that I really connected with and we had a romantic and sexual connection, I don’t feel like I would feel the need to try to go find more.”

She said she’s not into the idea of monogamous relationships. “There’s no freedom, it’s all fear based.”