Zendaya and Tom Holland were photographed while looking incredible and posing on the red carpet of the special event in Paris, France.

Zendaya, 25, turned heads on Nov. 29 when she showed up to the 2021 Ballon d’Or awards ceremony in a gorgeous black gown that revealed skin in the back. The actress was joined by her reported boyfriend Tom Holland, 25, who wore a classic black and white tuxedo, as she stepped outside a car in Paris, France, and was photographed and filmed while walking and later posing on the red carpet. She looked gorgeous as she confidently stood in front of the various cameras and flaunted her fashion choice, which featured a tied section in the back. 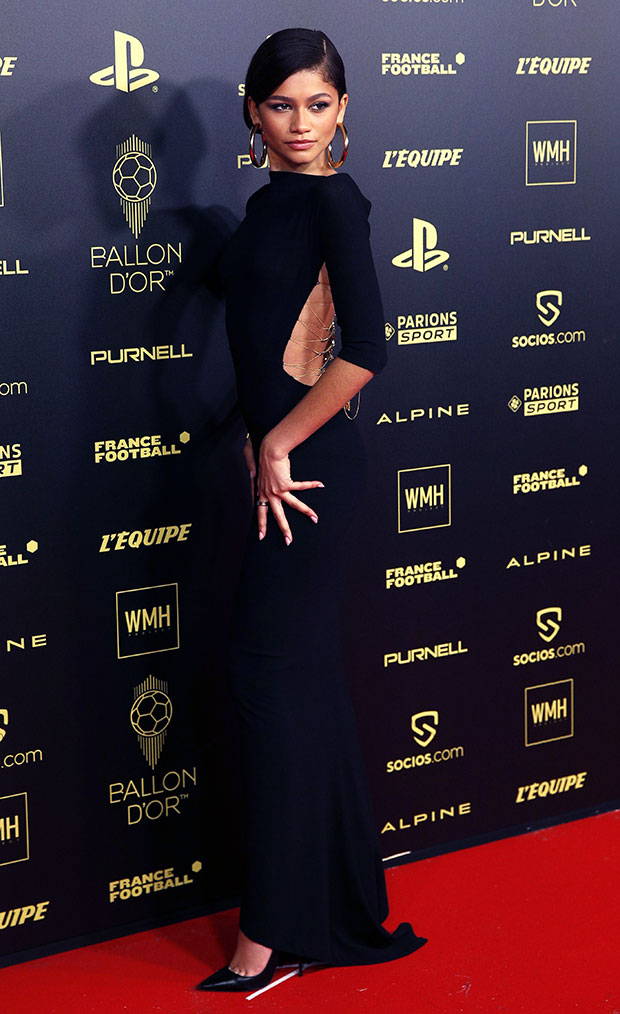 The beauty added black heels to the look and wore her long locks up in a style that included a side part. She also rocked thick hoop earrings and subtle classic makeup that brought out some of her best facial features.

The star-studded event Zendaya and Tom attended is presented by France Football and recognizes some of the best footballers around the world. Lionel Messi of Paris Saint-Germain football received his seventh Ballon d’Or award at the ceremony after he and Argentina won Copa America earlier this year. He was one of the many impressive athletes to show up to the event with his family and looked great. 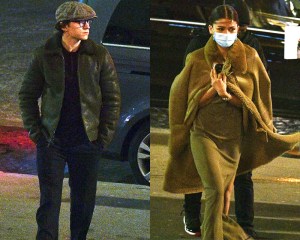 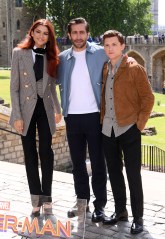 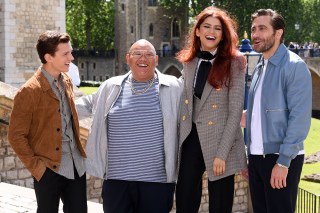 Zendaya and Tom’s appearance at Ballon d’Or comes after they were seen reuniting for a dinner date in Paris on Nov. 28. They enjoyed food at France’s Le Giraffe restaurant and were dressed in warm fashionable outfits as they bundled up outside of the location. They didn’t pay much attention to cameras and seemed to want to keep a low profile as they were seen walking separately.

The Spider-Man stars first sparked romance rumors when they were seen kissing in July 2021. Since then, they’ve been pretty private about their life together and Tom even touched upon it in an interview with GQ this month. “One of the downsides of our fame is that privacy isn’t really in our control anymore, and a moment that you think is between two people that love each other very much is now a moment that is shared with the entire world,” he told the outlet. “This isn’t my story. It’s our story. And we’ll talk about what it is when we’re ready to talk about it together.”