For Women’s History Month, actress, producer and comedian Amanda Seales has given us the gift of her debut clothing line – Illustrious League. The brand, which name was borrowed from Seales’ Smart, Funny and Black game show, officially launched on March 12th with the wellness of Black women a priority through powerful messaging, art and authenticity.

“Anyone who knows me knows I don’t do things just to do things. There’s gotta be a purpose behind it and a trajectory,” Seales told ESSENCE. She admitted that while she’s been wanting to do more than just merchandise, she’s been holding off on launching because she didn’t have these things in place the way she wanted them to be. Illustrious League was originally conceptualized as an expansion of her Smart, Funny and Black merchandise, but one day she woke up with a “new dawn, new day” revelation to just go for it. 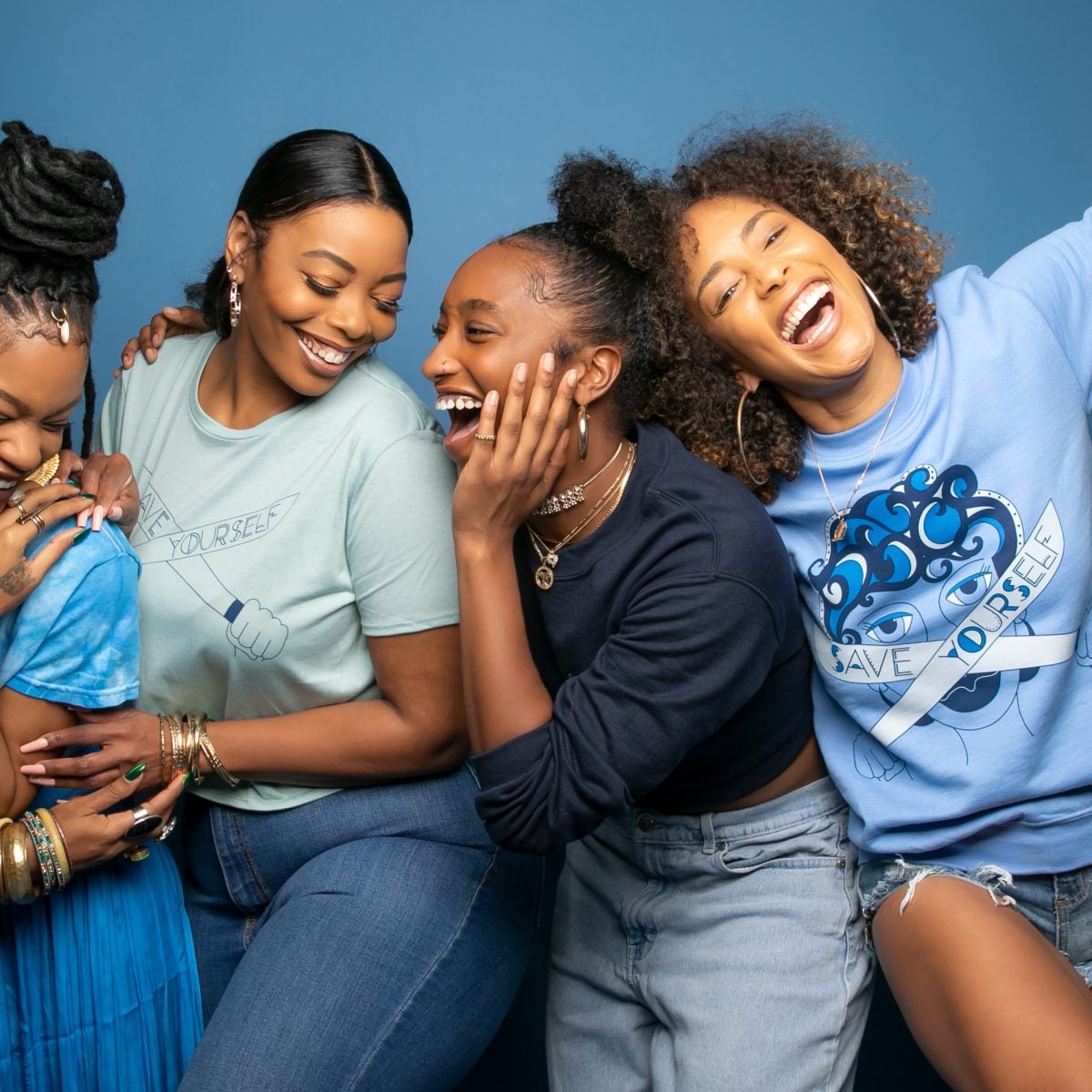 Her debut collection Save Yourself was inspired by the Insecure actress’ belief that we hold the true power within ourselves and not enough of our traditional social teachings allow us to harness the power to save ourselves. “Illustrious League and Save Yourself are inspired by where we are in the world on our mental journey, needing connectivity and helping Black women to always center our wellness – which we never really get empowered to do that,” Seales told ESSENCE. The color of this serene blue was strategically chosen by Seales in an effort to demonstrate the importance of maintaining your inner peace while fighting the power. While combining stylish loungewear, hand drawn designs and empowering language from Seales herself, Illustrious League will continue to launch collections with a unique message and intentionally themed color palette that encapsulates its individual vibe.

“We all are at a time where a lot of us are getting the opportunity to do internal work.” Seales said to ESSENCE. She reveled that the debut collection was inspired by her epiphanies and breakthroughs during therapy about harnessing her own strengths and internal powers. “When we talk about giving up our power, I never really grasped that part of it. I was looking at it more from a point of view of fighting others off versus protecting my peace.”

During the past year of the pandemic, Seales told ESSENCE that she’s been maintaining her mental health through the birth of her debut clothing line. “Creating is a form of self-care for me. Creating something that is commercial but also simultaneously in service and a source of joy and self-care for us feels good. Everybody feels good making other people feel good,” she laughed.

Illustrious League was started from the ground up with no seed money or investors, but Seales explained that supporting Black-owned brands, businesses and entrepreneurs are bigger than her. “On a basic note, we’re in a nation that was built on the backs of Black folks and we were never given the credit or economical support that we deserve for the foundation that we built,” she said. She described owning our own businesses as “taking a piece of the pie” for ourselves, which is owed to our community. When it came to starting Illustrious League with no money behind it, it came down to passionate impatience, freedom and no longer wanting to wait to let the world see her creation.

She said, “It’s independence. I really don’t like having to answer to anybody. Of course, there are ways to get money without having to do that but as my mama would say: you take their money, you take their shit.” 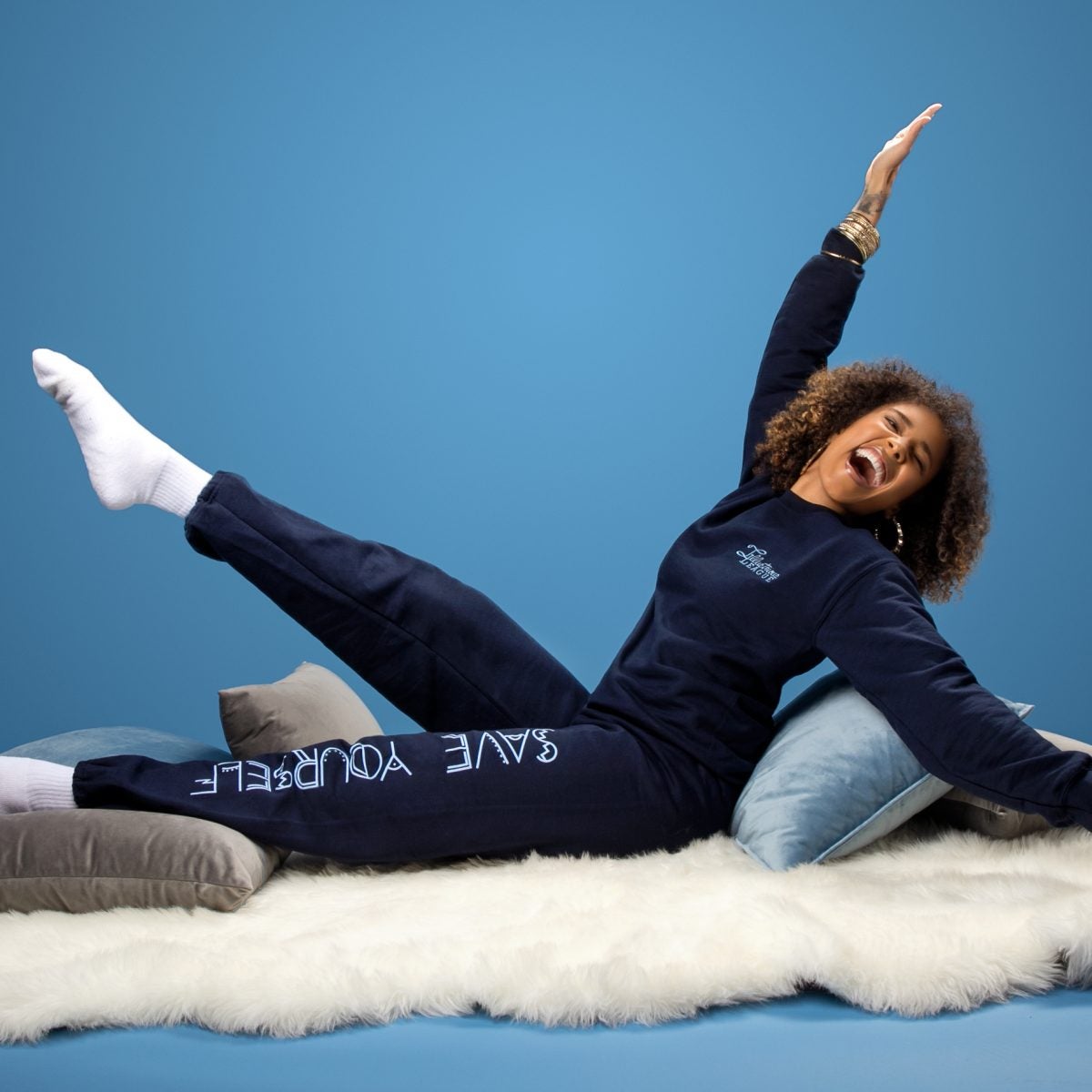 From beginning to end, Seales enjoyed the creativity aspect of Illustrious League the most because there were no bars held and was able to communicate with her fans through the love language of gift giving her collection. “The idea of making something that I know y’all will fuck with is exciting to me and that drives me,” she expressed. The most difficult part of it all was marketing the product without spending all of her money and putting energy into the thought process of making money back. “I just want to make some dope shit and say, ‘Hey, you guys, dope shit!,’ but there’s always gonna be this other thought process about how we’ll turn a profit.”

Seales also realized that she wouldn’t be able to please everyone, which would include leaving out a few sizes available for purchase. “I know a lot of people were disappointed that I didn’t have plus sizing and I had to explain on my Instagram that, unfortunately, that’s expensive,” she said. She also admitted difficulty with identifying wholesalers that had plus sizes and while she’s a self-described novice in the field, she is collaborating with well-educated folks in these spaces to help her where needed. As the drops continue, she intends on expanding the available sizes but employs people to understand the learning curve of a new avenue.

“I beg people to know that inclusivity is top of mind for me. That’s why I make sure that in my shoot, I have models representing all different flavors and sizes of Blackness. I had to figure out how to do that at the same time as being able to afford to do that,” Seales explained. “I have no intention on leaving anybody out if I don’t have to.” 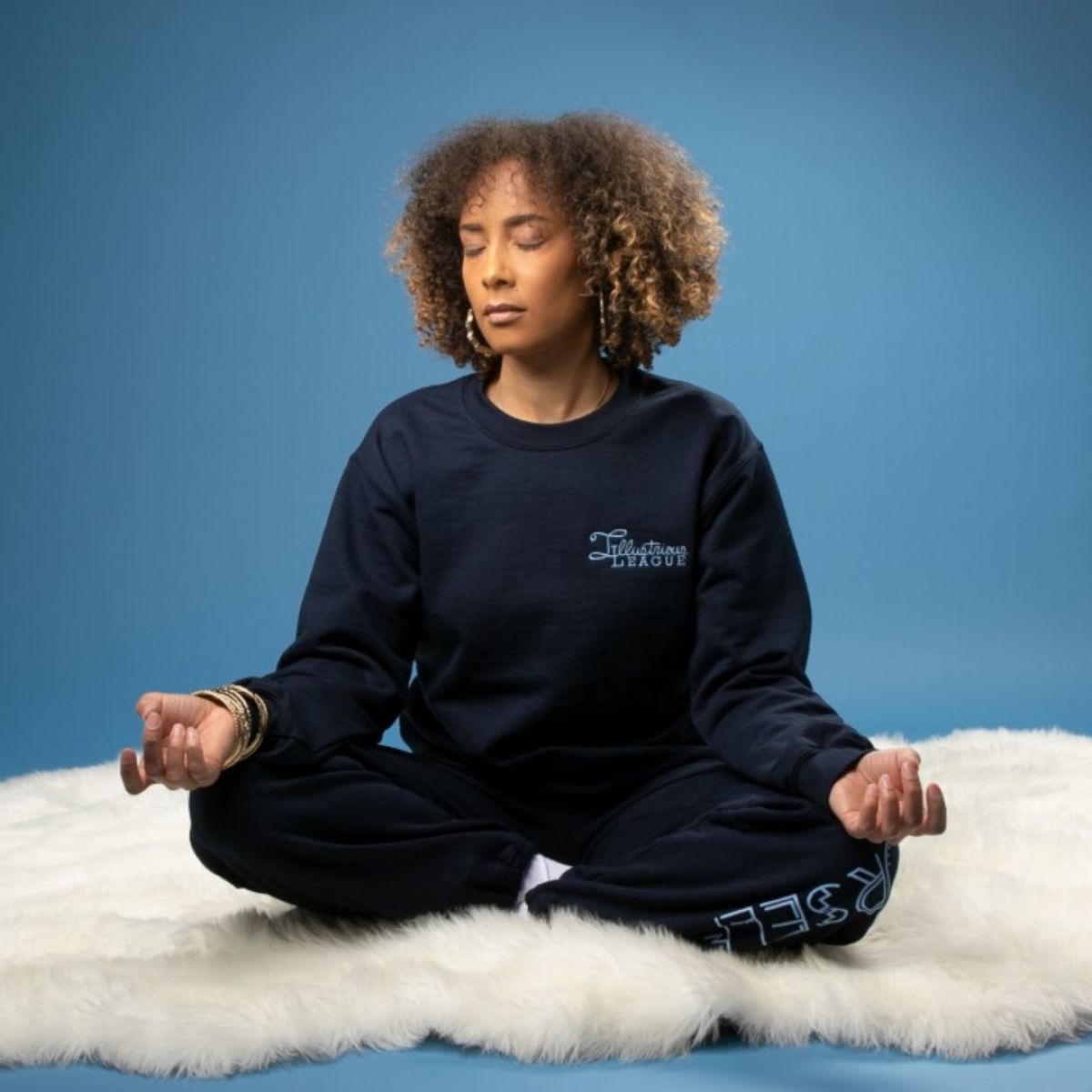 While the word illustrious is defined in the English dictionary as “well known, respected, and admired for past achievements,” Seales defines it differently through the lens of Black excellence and Black wellness. “Illustrious is living as your full self and loving your full self,” she said confidently. During the course of a year indoors and quarantining, she realized that a lot of us have seen the importance of loving yourself in through all of your imperfections and victories.

“I went through a time where I really didn’t like myself and I really started believing the opinions of others who didn’t know me,” she revealed to ESSENCE. “As Black women, I know that a lot of us walk into rooms where our illustriousness is a threat to others. That doesn’t mean that we have to make ourselves any smaller. If anything, that means we need to encourage each other to take up more and more space so you can’t single one of us out.”

Illustrious League is available for purchase on IllustriousLeague.com. Prices range from $20 to $200 and are available in small through XL.