Princess Charlene at the Monte-Carlo TV Festival in June

Princess Charlene of Monaco wore a beautiful diamond pendant recently whilst hosting a jewellery brand at the palace. The royal was spotted wearing a “wave” – which comes from a larger jewellery collection that she has not worn for some time.

Princess Charlene of Monaco was given Van Cleef and Arpels jewels as a pledge of love from her husband Prince Albert II of Monaco, as a wedding present.

A press release at the time from the Parisian jeweller stated the couple’s intentions to create a set of jewellery aptly named Ocean – a sweet nod to Charlene’s love of water.

The diamond and sapphire necklace can be transformed into a tiara, and now it seems Princess Charlene has transformed it into a single pendant necklace. 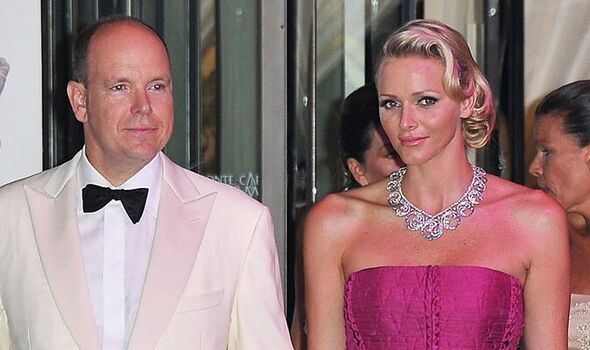 She and her husband Prince Albert stood for a photograph alongside a few guests from Maison Van Cleef & Arpels.

The royal couple was hosting a cocktail party in the gardens of the Prince’s Palace.

The second image saw Princess Charlene next to two models, who were displaying some of Van Cleef & Arpel’s signature pieces.

In this second picture, the royal’s necklace could be seen clearly; it was one of the “waves” from her Ocean set.

“The idea of the necklace is to represent sea spume. And so we included 359 sapphires.

“We chose three shades of blue, evoking the world’s different seas from the waters of the coast of Monaco to the ocean around Africa.

“To crown the work 11 pearl-cut diamonds evoke droplets of water,” he added. 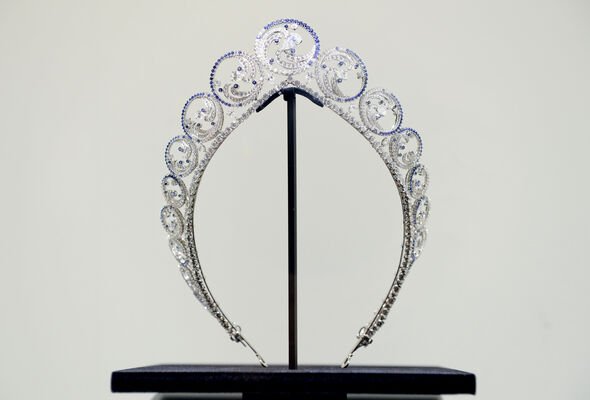 The necklace/tiara also comes with a matching set of drop earrings.

This is the first time in a few years, Charlene has been seen wearing an item of jewellery from this set.

The pendant was the star of the show, as the Princess chose a dark dress for the occasion.

It featured an open neckline, with a wide collar that had ruffles underneath the lapel.

These ruffles cascaded down the centre of the midi dress.

It had three-quarter, a-symmetric sleeves too.

The Princess kept her makeup simple and had her short pixie blonde hair styled.

One said: “What a beauty and sweet princess Charlene!”