A BRIDE’S in-laws have been branded “tacky” after both the groom’s mum and sister wore white to the wedding.

A snap from the couple’s big day was shared on Reddit showing the bride’s new family decked out in ivory. 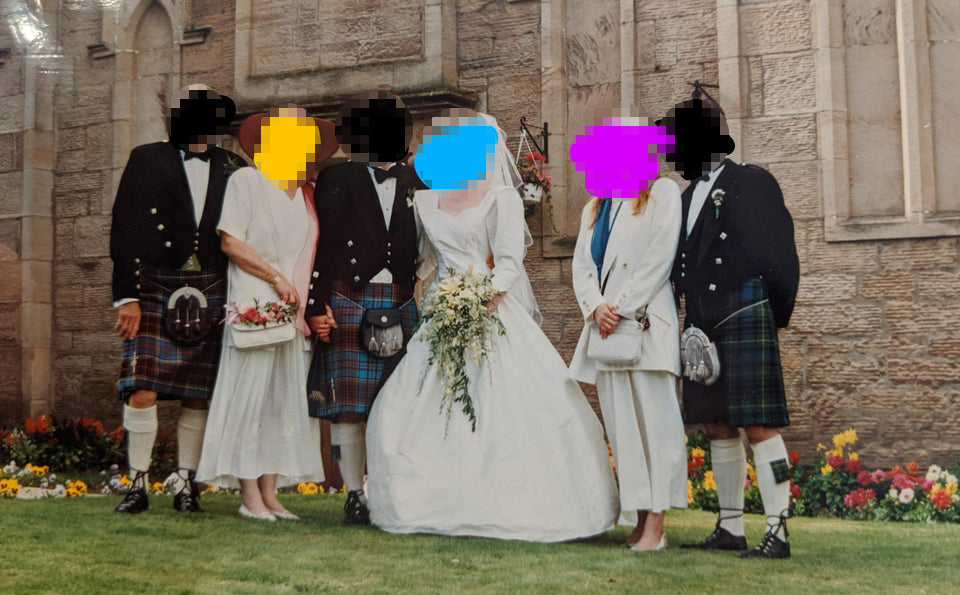 While the sister was slightly less bridal in a white two-piece suit, the mother is pictured in a full length cream frock.

The picture, which was taken 25 years ago, was shared by the child of the bride and groom, who was more than happy to shame their own family admitting their mum was “very mad about it.”

Fellow Redditors were equally outraged, sharing their disdain in the comments.

“This almost makes it look like an intentional theme” commented another, while a third simply wrote, “Yikes!”

The photo was shared on the subreddit r/weddingshaming.

The group has almost 157,000 members and is described as a "place to shame wedding themes, brides, grooms, wedding party, in-laws, outlaws, guests, Uncle Bob, vendors… you name it, we shame it!"

In other wedding news,a couple get married at Blackpool Beach after their wedding was cancelled due to Covid & have first dance in the arcade.

While a ‘trashy’ bride is slammed for demanding £30k from wedding guests to pay for big day and ‘European tour’ honeymoon.

Plus this bride was slammed for demanding SEVEN first dances complete with costume changes AND a roller skate number.