Home » Fashion » Brits turn to social media, coffee & yoga to help them 'wake up' in the morning – and Monday is the worst day

BRITS need an hour-and-a-half to fully wake up on the weekdays, and an hour and 17 minutes on the weekend.

Unsurprisingly Monday is the hardest day of the week, with Brits getting just six hours sleep on average the night before. 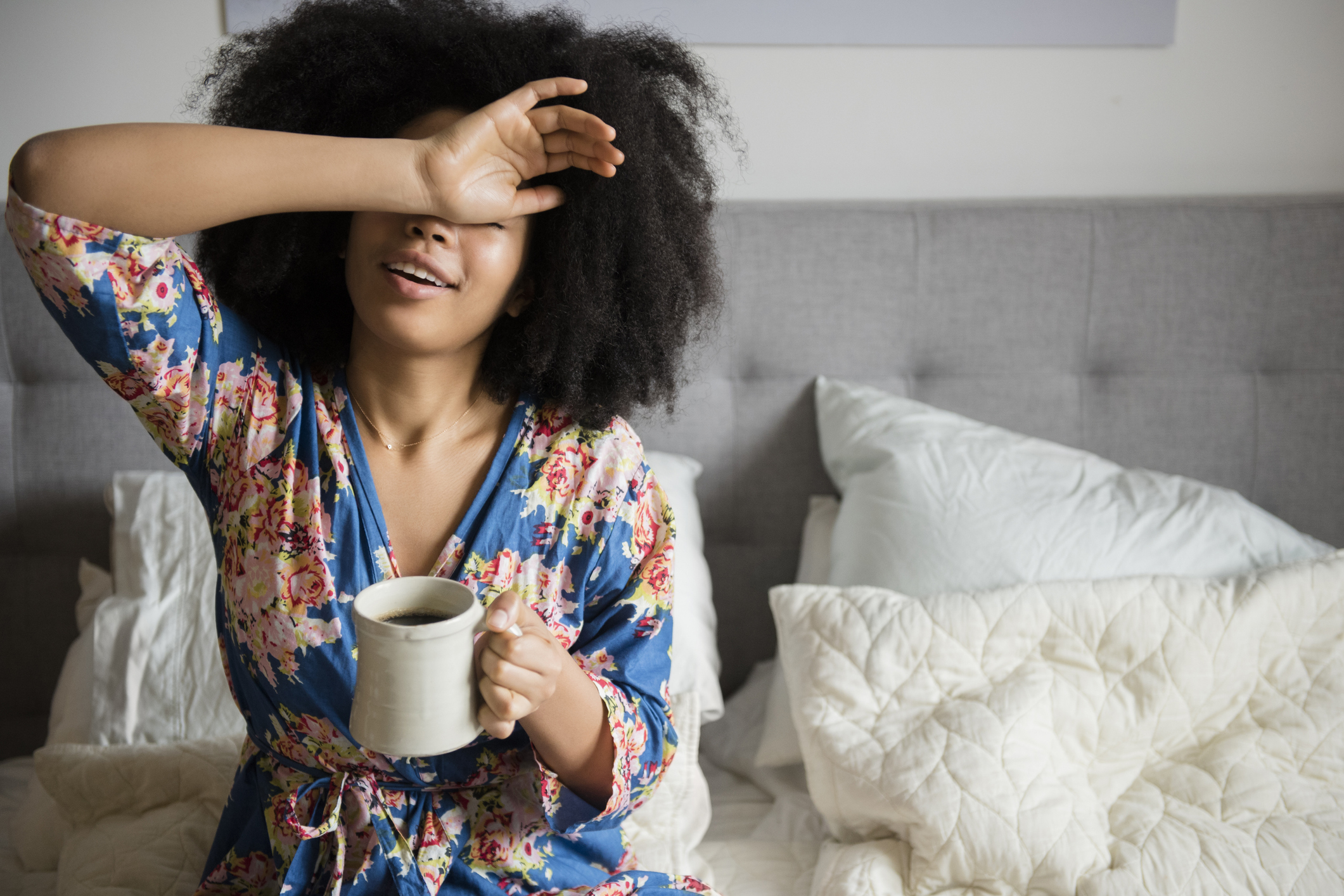 During the weekdays people are usually up by 7.14am, but they don’t feel truly awake until 8.44am, a study commissioned by Lyons Coffee shows.

In a bid to wake up three in 10 turn to coffee, a fifth wash their face with cold water and one in 10 go for a walk in a bid to feel more awake.

Scrolling through social media, brushing your teeth and watching TV were other methods people used to try and banish any sleepiness.

The study of 2,000 adults found that nearly half wouldn’t describe themselves as a ‘morning person’, while 45 per cent admitted they struggle to wake up.

15 ways Brits wake up in the morning

A third were said to be on ‘autopilot’ most mornings, while 22 per cent admitted they need something to help them ‘kick start’ the day.

The research found nine in 10 adults drank a hot drink, with an average of four being made each day, although 29 per cent admitted to gulping down six.

And half of those asked confessed to relying on these drinks to get them through the day.

Kirsty Pavely, from Lyons Coffee, said: “It’s interesting to see the different ways the nation tries to wake up each day, from exercise and coffee to social media and bright lights.

“With lives getting busier and busier it’s clear everyone needs a pick me up in the morning to get them up and going.

“We want to encourage that ‘let’s get lively’ feeling when you wake up in the morning, giving people the energy needed to seize each day.

“We’re a nation of coffee and tea drinkers, but you don’t have to break the bank to get that morning buzz.”

The study also revealed that Brits drink their first hot drinks at 8.35am, while a ‘pick me up’ is needed three times throughout the day, while they crash at 4.34pm.

And despite relying on hot beverages, a fifth believed what they eat and drink affects how alert they are.

Other than a brew a bright, sunny day helps Brits get out of bed, while 52 per cent said waking up without an alarm helped – which they did four times a week.

While the mornings were still a struggle, a third of Brits confessed they’d like more ‘lively’ mornings.

Kirsty Pavely added: “We all know how it feels to wake up in the morning and want to crawl back into bed.

"Our coffee bags are an affordable and quick way to enjoy great tasting coffee from the comfort of your own home, first thing. We hope it can help Brits perk-up.”

Plus this is what your sleeping position says about you… and it’s bad news if you’re a foetal fan.

Meanwhile this knackered dad shares tip which helps babies instantly fall asleep – and parents are raving about it after giving it a go.

And this mum-of-16 shares colour coding tips to speed up piles of laundry & reveals why she NEVER writes kids’ names in clothes.