RAD, Red Carpet Advocacy, is a female-founded social enterprise that recognizes culture through cause by driving impact for charities. The RAD Impact Awards honor celebrities who inspire purpose. Each RAD Impact awardee will choose a charity to share their award with and that charity will receive an impact donation to fund a project benefiting others. The RAD Impact Awards will launch virtually today and run daily through April 29.

“After a year-plus of unimaginable devastation, we were inspired to launch the RAD Impact Awards to honor and amplify positivity and purpose,” said Arianne Phillips and Carineh Martin, RAD founders, in a statement. “We could not be more excited about our inaugural awardees, who are inspirations to us and so many people around the world for their authentic support of the causes they believe in. Empowering their advocacy and helping them create impact for their charities, while also inviting the public to get involved, is what RAD is all about.”

RAD has partnered with Luxury Stores at Amazon to underwrite the impact donation for the five charities chosen by the RAD Impact awardees.

All of the Fashion at the 2021 BAFTA Awards

“Rarely do [awards] come with such an amazing, positive impact like this one does,” said Margot Robbie, actress and award recipient. “This is the most meaningful award I’ve ever been given and I’m really happy that it’s going to change the lives of other people.” 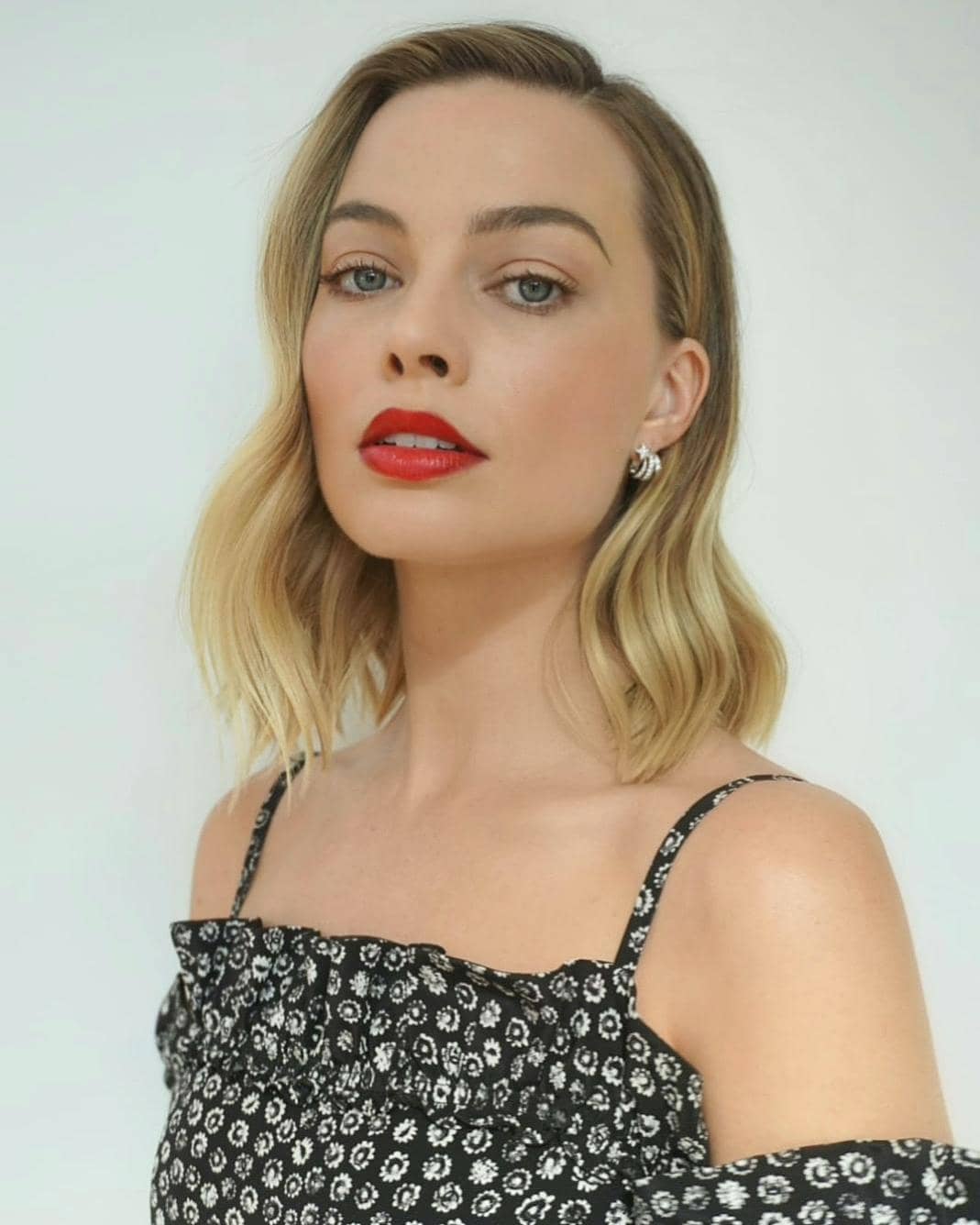 RAD will present Michelle Obama with the RAD Icon Award for her commitment to inspiring purpose, positivity and progress. RAD worked with Obama’s When We All Vote for an  Emmys campaign with 10 nominees called RAD at Emmys and a talent-driven Voter Registration Day campaign.

RAD is also presenting Amanda Gorman with the RADvocate Award for inspiring youth through prose. RAD worked with Gorman last fall on a social unity campaign to empower the youth vote through performance of her poem, “Vote 4 the Future,” which RAD coproduced and amplified through its network and across five national voting organizations. 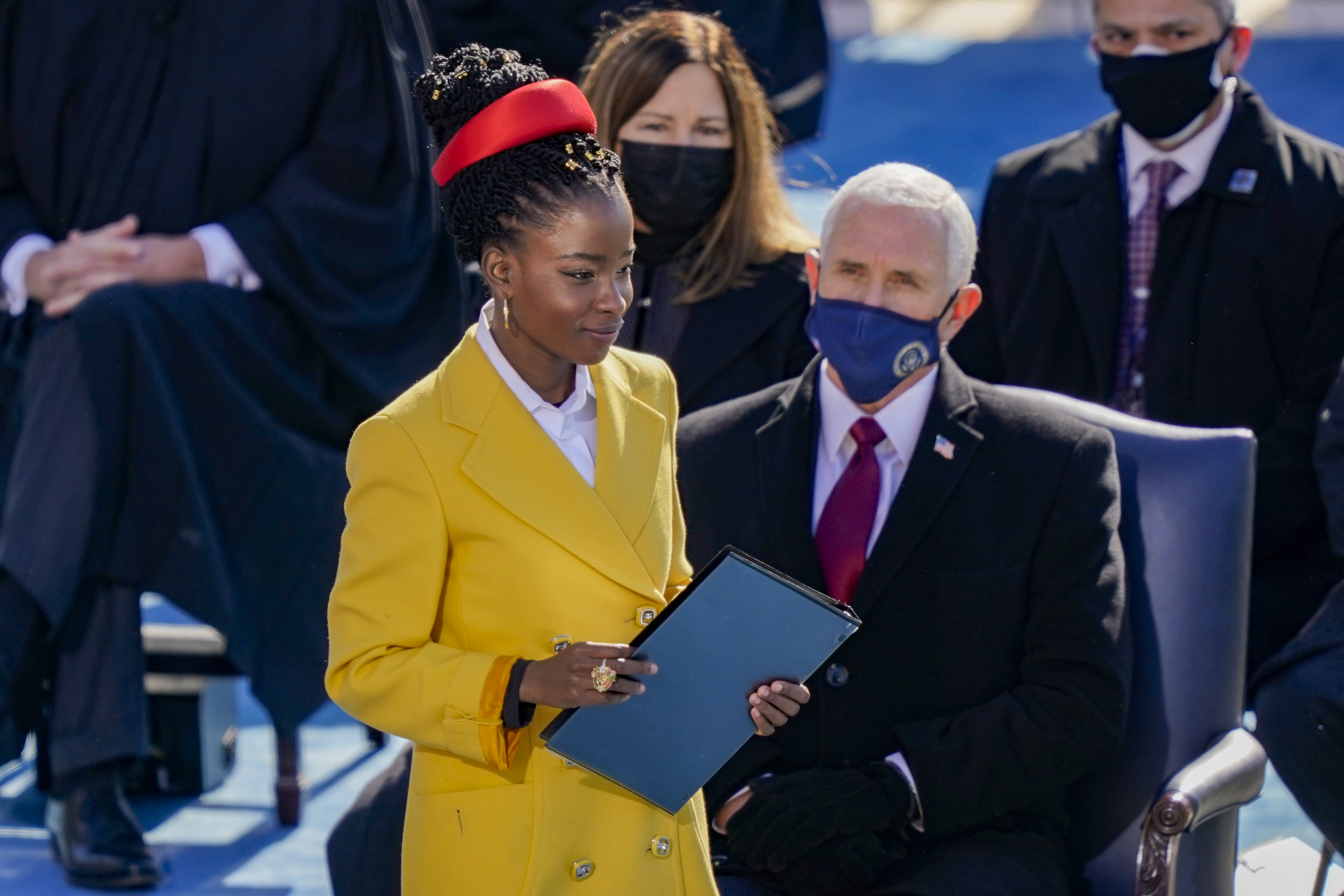 Poet Laureate Amanda Gorman, in Prada, prepares to speak at the inauguration of U.S. President Joe Biden on Jan. 20, 2021, in Washington, D.C. Courtesy of Getty Images

Jonas will be supporting girls’ education in India with her RAD Impact Award and the positive, direct effect it has on mitigating climate change. She is sharing her award with Devishi Jha, a youth climate justice activist who works with ZeroHour and UNICEF’s national council in support of girls’ education. The award will provide technology for girls in rural areas of India.

Robbie is advocating for young people with high care needs in Australia by selecting Youngcare, a nonprofit organization, to support. Theron will support education for South Africa’s youth with her RAD Impact Award, which will provide the opportunity for every child in Buffalo City (Eastern Cape province) to return to school. Cox is advocating for positively impacting the quality of life for vulnerable communities who identify as LGBTQIA-2S, immigrants and refugees and for those experiencing behavioral health challenges, housing insecurity and are at-risk for HIV/AIDS through her support of APAIT. And Scott is using his RAD Impact Award to fund scholarships for students at HBCUs through his Cactus Jack Foundation.